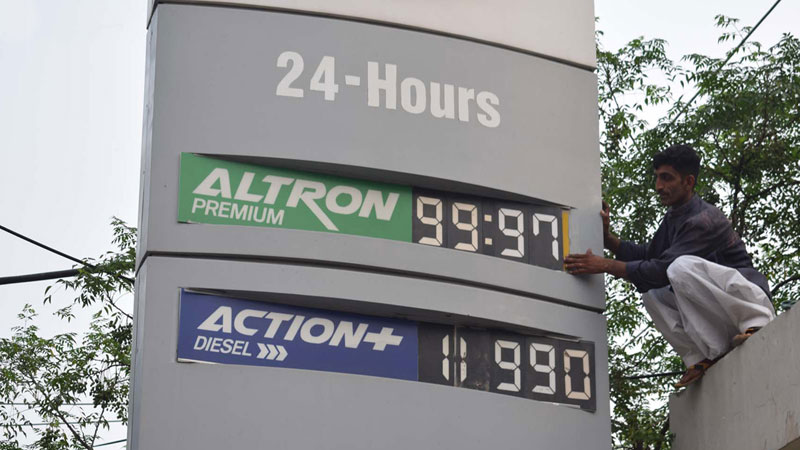 ISLAMABAD: The Supreme Court on Thursday ordered the officials concerned to provide by July 8 a breakup of petroleum prices of the last three months.

The court also directed the stakeholders concerned to find out a way-out to bring down the prices of petroleum products to ease the burden on the common man.

Questioning reasons behind the increasing petroleum prices, the chief justice sought justification for recent Rs 7.5 per litre hike in the price of petrol.

He also sought opinion of the neutral experts on the continuously increasing prices of petroleum and questioned the customs duty and sales tax being levied by the government on petroleum products.

Justice Umar Ata Bandial noted that levying of customs duty and sales tax on petroleum products was tantamount to indirect taxation. He said it was an unfair policy by the government. The chief justice noted that the policymakers should realize and take care of the common people.

Appearing on notice, Attorney General Khalid Jawed Khan apprised the court that surge in petroleum prices was a result of globally rising prices of the crude oil. He stated that depreciation of rupee against US dollar was also one of the reasons behind the increasing prices of petroleum products in Pakistan.

The chief justice noted that if petroleum prices are increasing, then there is a need to readjust the taxes so that the public could be saved from bearing the burden.

Justice Ijazul Ahsan noted that there were over Rs 30 per litre taxes and duties on the petroleum products. The chief justice inquired that what was the justification of customs duty and sales tax on the petroleum products. He said tax should be imposed on those who have been given exemption from it. He said the best way to collect the revenue was imposition of direct taxes.

Meanwhile, the attorney general sought time on the issue of increasing petroleum prices, saying the federal government was needed to be taken on board over the issue. He said the time was required to meet the authorities concerned and ponder over the issue and consequently apprise the court.

Justice Umar Ata Bandial opined that instead of caretaker government, the FBR and petroleum ministry could give better opinion that how the prices of petroleum products could be reduced and controlled.

The attorney general expressed satisfaction on the opinion of Justice Umar Ata Bandial, saying that corporate revenue has also to be protected.

Meanwhile, the court adjourned the hearing till July 8, directing the government to come up with a viable solution of the matter.