The long shot for peace in Afghanistan

With all that Afghan Government and President Ghani have to offer, the opportunity now largely lies with the Americans and their diplomatic skills. 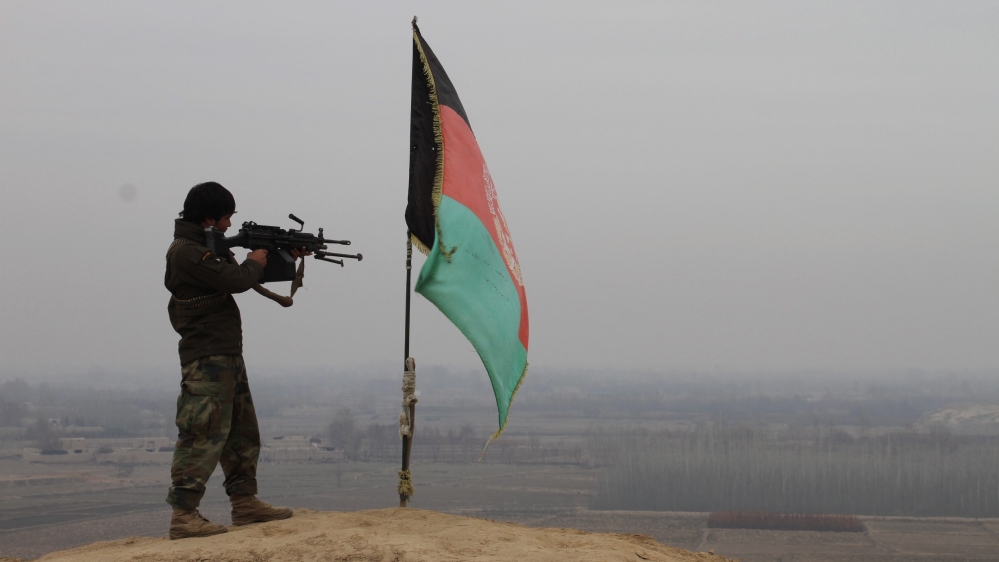 After the recent series of events that took place in Afghanistan, hopes for peace have risen high. From the government’s initiative of ceasefire, during the Eid festivities, to its reciprocation by the Afghan Taliban, the point that reconciliation, with minimum of negotiations, is possible only if warring parties agree.

However, events that followed the temporary ceasefire undermine all essence of hope that was gathered over the last few days.

The events include the resumption of attacks by the Afghan Taliban, their refusal to accept Afghan government’s proposal for talks and decision to take action against members who were taking pictures with soldiers and government officials during their three-day ceasefire, respectively.

Or probably, it is that Taliban might not like or believe to give up their established power without any solid assurances by entering into any deal or settlement as it happened in the case of Hizb-i-Islami, previously.

The involved parties must understand that settlements are majorly based on ‘balanced proportions of give and take’ and an early realisation of this understanding might impart a more tactful approach to the overall process.

In another development, it is suspected that Ghani’s offer to hold unconditional peace talks might set the stage for US officials to open back-channel negotiations with the Taliban. With all that Afghan Government and President Ghani has to offer, the opportunity now largely lies with the Americans and their diplomatic skills.

Realistically, neither the US’s bid of peace in Afghanistan nor the tactics of engagement by the US are much lucrative. For national government, stability is high key, which is a vital national interest but for the US, it is its peaceful exit and the threat of Daesh that are the primary concerns, which are very much a subset of overall American interests but not of the conflict land.

More so, the Afghan policy under President Trump has come more aggressive with its heavy reliance on air campaign. It is reported that since President Trump has committed more troops to the conflict last August, the number of bombs dropped by the US Air Force has surged dramatically. However, if the strikes aim to target the militants, civilian casualties also constitute the total. As per reports, heavy bombing against the Taliban and IS saw more Afghan civilians killed and injured in 2017 than at any time since the UN began counting in 2009.

The Dasht-e-Archi district incident is one key example. In April, this Taliban-controlled district was targeted in which a group of students, who were attending a traditional ceremony to recognize their memorisation of the Quran, were killed in the aerial bombing alongside the militants. Such incidents not only reduce the already low support for the foreign forces in the region but also question the regime’s legitimacy and hold.

Besides, with the brokering of ceasefire deal by China and Pakistan, there are major lessons for the US to learn.

Important of all – there is no Pakistan-minus solution to the Afghan crisis. While the US gilds India as another ‘major’ stakeholder for socio-economic development in Afghanistan, persistent presence of insurgency in the land would multiply the developmental affects with zero i.e. good for nothing. Indian rapprochement towards Afghanistan is an excellent example of diplomatic maneuvering but changing partners would certainly change the circumstances for the US but not for the good.

Besides the ceasefire, the Helmand Peace March has also come up as an historic event. Afghan peace activists have arrived in Kabul after trekking some 700 kilometers on foot calling for an end to Afghanistan’s nearly 17-year war. This venture has set a precedent as it gave voice to people’s aspiration with the slogans like, “we want peace” and “Stop the war. As reported, this journey was started by a group of nine people and the number has now rose up somewhere between 70 and 90. As an initiative, it is a remarkable effort to record the aspirations of Afghan people globally has the march gets much traction in media. The demands majorly call for a ceasefire between the Taliban and government forces, peace talks between the two sides, the implementation of a law agreed upon by the government and the Taliban, and the withdrawal of foreign forces. The group’s demands are simple and generic but are something stakeholders have not been able to agree to in last 7-12 years. And for the moment, their acceptance still remains to be a question mark.

The stakes for peace in Afghanistan have raised once again an all-time high. The initiatives and efforts have come up altogether in a new fashion but is it possible that this time peace would be given a priority? Not much resides with the thought.

Maryam Nazir, works as an Assistant Research Officer at Islamabad Policy Research Institute (IPRI) and can be reached at maryamnazir1991@gmail.com