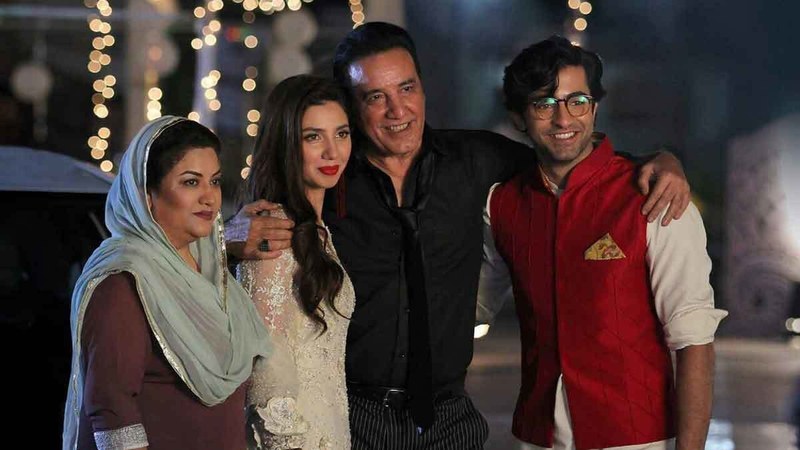 After the ‘so-called’ revival of Lollywood, tens of movies have been produced but only a few fall in the category of ‘good and enjoyable’.

Saat Din Muhabbat In is one such surprise. The movie provides the audiences with perfectly timed humour, accompanied by glamour and talents of Mahira Khan in all her glory and a dose of fantasy in Javed Sheikh’s role of a jinn from Delhi, named Dwarka Prasad.

Dwarka comes in various forms and shapes, challenging young men to fulfill his challenge. Tipu, lead role played by Shehryar Munawar in the film, comes under the jinn’s spell. Tipu is asked to marry a girl with a mole on her face within seven days or be prepared to work as a labourer in the jinn’s underground den.

Tipu flutters about meeting several beautiful girls, including Amina Ilyas, a fashion model, but ignores the love of his simple yet charming cousin Neeli, played by Mahira Khan, living with him under the ‘dictatorship’ of an angry aunt, played by veteran Hina Dalpazeer Khan. The aunt wants to get rid of Neeli and arranges her wedding with a gangster, Kankatta, who is already married twice.

Throughout the 7 days, the jinn keeps on coming again and again reminding Tipu that days are passing by. On the last day, Tipu aka Shehreyar realises that he is actually in love with Neeli. He transforms himself and fights Kankatta, who is about to marry Neeli.

Having defeated Kankatta, Tipu and Neeli then move on to fulfill the jinn’s challenge, but the mole on Neeli’s face is not visible. It is on her neck, and hence, the couple overpower the jinn who had miscalculated the time difference between Delhi and Lahore. The jinn is reminded about it, who accepts his defeat and disappears in shape of a cloud of smoke. 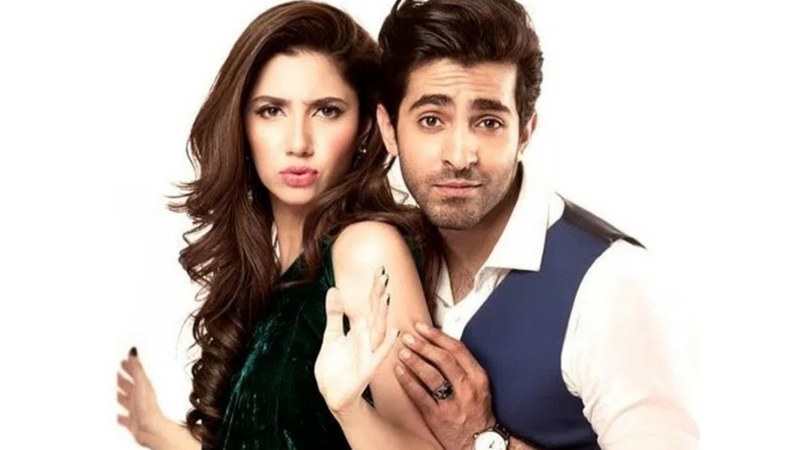 This is what Saat Din Muhabbat In is all about and if you like a fairy tale, this movie is for you. However, it could have been an interesting flick, if only some unnecessary sequences were deleted, like showing the jinn’s dungeon again and again where sweaty labourers are beating heavy metals, and the last sequence which is too long for you to digest.

Among the performers, Shehreyar Munawar has given a surprisingly good performance of a diffident young man turning into a strong character. He delivers his part of humour convincingly – certainly a good addition to male leads in Pakistani films and TV Dramas.

Another surprise is the performance of Mahira Khan, certainly not to the wishes of her admirers. She is rather in a subdued role, mostly wearing simple dresses and with a light make-up. Only in the end, she comes up to showing her real talent. Javed Sheikh and Hina Dilpazeer have done what was expected of them, nothing extraordinary. Others have just filled the bill.

The direction is sleek, but not very imaginative. As said, if a little effort at editing would have been done, the movie would have come up as a good entertainer. Music, as in most Pakistani films, is generally appealing.

Saat Din Muhabbat In will be enjoyed by fantasy fans, and tolerated by others – not too bad, not too good. Two and a half stars.

Rafiq Ebrahim is a freelance writer and novelist. He can be reached at rafiq.ebrahim@gmail.com