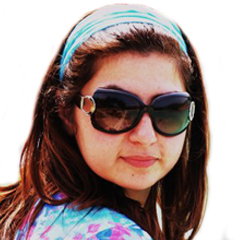 A blow to representative democracy

Few Pakistanis believe this system can improve their lives, and that is dangerous

I had hoped Justice Shahid Kareem of the honourable Lahore High Court (LHC) would take the plunge and instruct the Election Commission of Pakistan (ECP) to include the None of the Above (NOTA) option on our 2018 ballot. Alas, the court thought it prudent to keep this “important petition on his docket pending for six months” so that he could consider it’s significance.

We had hoped that this had already been made clear in the past four hearings. It seems the Court has accepted NOTA as a fundamental right.

The need for NOTA has never been more obvious. The elections are almost upon us, and once again an unacceptable number of financial defaulters have been accepted as our potential representatives in Parliament. These individuals are to make financial decisions which will have a direct impact on the lives of the citizens. Should the citizenry simply accept them and hope for the best in the name of democracy?

We the people are powerless when political parties choose corrupt ‘electables’ and force us to choose unsavoury representatives. This is why NOTA can give the people of Pakistan real political agency

We have no conflict of interest laws which would have prevented such ‘businessmen’ who have a relatives in Parliament making decisions on our behalf, but in realty working tirelessly to steal from Pakistan. Look at the number of monstrously rich Parliamentarians we have always had. How much taxes have these individuals paid and how did they amass such wealth?

Ideally, there should have been cases, trials and verdicts to bring them to book, but has our justice system fulfilled this responsibility? Should the electorate pay for these weaknesses over and over again?

We the people are powerless when political parties choose corrupt ‘electables’ and force us to choose unsavoury representatives. This is why NOTA can give the people of Pakistan real political agency.

What is disappointing is in the current political environment, even the best legal minds remain apprehensive about rocking the boat.

Since I brought this petition to court, I have met hundreds of Pakistanis who were excited that perhaps, finally, they would be able to vote with a clear conscience.

I certainly don’t expect a revolution overnight, but for positive change, we must first take back our power to influence the elections.

Few Pakistanis believe this system can improve their lives, and that is dangerous. Restoring this trust deficit in our representatives is our collective social responsibility and NOTA was a tiny first step towards this. There were many who will not be voting in 2018 at all and that is also disappointing because change can’t come without participation, but how do you participate when you have no options? More of the same isn’t change. What did Einstein say about expecting differing results with the same actions?

At the hearing, the Justice asked why the ECP had not implemented the Awami Workers’ Party’s plea (AWP) to include NOTA on the ballot in 2013, and why nobody had appealed to the Supreme Court (SC) to enforce that decision. This was a good question, but my case was not related to the AWP.I had asked the LHC to implement my right to NOTA, as it was my fundamental right to choose my candidate. Let the appeals happen if anyone wants to object to it as an essential right. But honourable Justice was not interested in the Symbolic inclusion of NOTA but pontificated that a consequential NOTA with a well thought out purpose needed to come into consideration over the coming months.

The role of the Amis Curea was… curious. He first manipulated the court by linking mandatory voting with NOTA which had absolutely nothing to do with our plea. Then he argued there was a pending case in the SC related to NOTA, whose verdict should be heard before the bench made ruled. It turned out to be a bit of a blind alley.

Legislators have a conflict of interest when it comes to this matter and thus the Courts must decide on what constitutes a fundamental right when choosing a representative. Does it only entail what is offered to them by political parties? Are the political parties really making their selections in the peoples’ interest and should the court leave that choice to the political party’s leadership?

It would be a welcome change if the rights of the masses were considered paramount when interpreting law and procedures which apparently exist for our wellbeing. It takes courage to step in the right direction, initiating change and reform. I have not lost hope and continue to pray that NOTA will be included on the ballots.