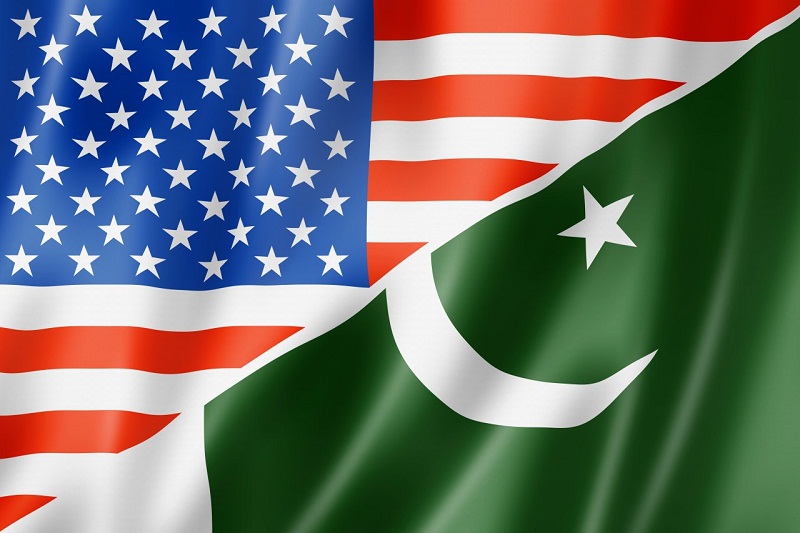 In spite of its written and rigid features, the American federal constitution has grown and developed since it was framed in 1787. In American constitutional history we cannot ignore the importance of constitutional text itself. Sometimes text gives us multiple directions to explore the constitution. But according to article 03, only Supreme Court has wide powers of interpreting the constitution.

The most interesting thing was to find out a relation or harmony between the precedents or the various important texts with the written text of the constitution. No doubt Article 03 clearly signifies that the United States Supreme Court has a supreme judicial power. So we have a clear impression in our minds that the Supreme Court has the power to interpret, to implement and to decide the cases and have the power of remedies as well. So the various courts decisions have great importance, significance and an impact on American state, society and culture as well.

Now the coloured people can marry whites as well so there must not be any kind of discrimination or segregation in marriage laws as well. The most interesting thing is to observe how we find a connection between the various other important texts and precedents and then align and harmonise them with the written constitutional text as well.

We can align or harmonise the various constitutional texts and precedents and finally make a strong connection of them with the written constitution as well.

Now let’s further explore “equality” – ‘Equality for all the faiths’ without any discrimination in public schools. So again, ‘not separate but equal’. Again we can see the concept of equality among all the faiths in United States. So this concept or notion leads us towards the “Separation of Church and State” because everyone in America is not a Christian or have a faith in Bible. So again the concept of equality emerges here. The same notion which we have extracted from Brown vs. Board of Education.

Now we come to the “right to vote” having the same concept of equality. The latter courts realised that everyone must have a right to vote without any discrimination or segregation (Brown vs. Board of Education) so the coloured must have equal voting rights as well. So far the whole argument or debate is evolving around “equality” and “everyone is born equal”. This is in fact the spirit of a written text of the American constitution.

Other beautiful connotation of judicial power is various kinds of remedies in case of swear human rights violations. Again, we can align or harmonise the various constitutional texts and precedents and finally make a strong connection of them with the written constitution as well.

There is a vertical precedent as well. It means that the lower courts must honour the decisions of the higher courts.

We can take a start from the precedents. Sometimes there’s no harm in following the precedents as well. There are persuasive ways. Sometimes courts can go to original text if they realise that on certain occasions they were goofed and now was the time to take a right decision or a verdict. So yes, precedents can be a starting point.

The Americans have the most important texts which unify the people of all faiths and these texts are declaration of independence, federalist paper, Getty’s burg speech, brown vs. board of education, I have a dream and North West ordinance. So from private persons we can observe “I have a dream” and a “Federalist paper”.

Americans have symbolic constitutions as well and they are adjoining texts. These texts have special constitutional authority. In fact they are connected to each other. So let’s review Getty’s burg speech. In Getty’s burg speech we can see how Abraham Lincoln made a connection of his speech with declaration of independence. Later how “I have a dream speech” was presented in 1963 on the shadows of Abraham Lincoln. Getty’s burg address revealed how out of death and destruction birth of a nation came into being; in fact it was the birth of freedom. “All men are born equal” and created equal are in a very clear alignment with the actual written text of the constitution. At the same time we can see the clear illustration of 13th, 14th and 15th amendments in the Getty’s burg address.

Now our next task is to find a relation between “A North West Ordinance” and the Brown vs. the Board of Education. North West Ordinance is how new states will be the part of union without any discrimination or segregation or without suppression or tyranny. So the ordinance clearly reveals that states should not be in fact treated like colonies. North West states should be treated on equal terms. So the North West states declined to become a colony of other states like Great Britain did to them.

We need to relate the North West ordinance with the 13th amendment, end of slavery – the dream of Lincoln – and the 14th amendment says “Everyone is born equal” and in the 15th amendment in which we can see the textual clarification of Abraham Lincon. So the message is, slavery must end, discrimination must end, segregation must end (brown vs. board of education) inequality must end. No more colonisation (North West Ordinance).

So all these symbolic texts not only talk to each other but have strong constitutional textual footing as well. The other strong and important constitutional illustration is “no taxation without representation” (supporting the idea of representative government, political empowerment, political participation, participatory democracy, voting right). The basis of the actual written text.

Historically in fact it was unconstitutional or illegal or inhuman for Britain to impose tax on Americans without their representation in the constituent assembly. So the other illustration was the national bank is for National security.

So my conclusion would be that sometimes it’s a great challenge for all the symbolic texts or precedents to make their appropriate relevance or connections with the actual written text of the constitution. But YES the courts can start with the precedents and later can revisit the text to take a right and appropriate decision keeping in view the modern circumstances and norms as well.

In this modern liberal constitutional debate there are great lessons for our Pakistani political culture and political institutions. First, the federal constitution is the only document which binds the people of different religions, colours, caste and creed into a one nationality or citizenship. So the concept of equal citizenship regardless of colour, cast and creed, religion, ethnicity is an excellent example for the plural federal state like Pakistan.

The other observation is the concept of equal citizensip regardless of colour, caste, creed and religion was also dreamed by the father of the nation Quaid-e-Azam Muhammad Ali Jinnah in his inaugural address of 11th August 1947. Now we seriously need constitutional laws which bind the various ethnic and religious communities who are living in the region for the last more than hundred years, now a part of Pakistan. Recent killing of Mr Singh in Peshawar and other religious communities in Punjab and Sindh demand the government to not only take strict action against culprits but to make such laws and constitutional adjustments which not only promote communal harmony but also promote the concept of ONE NATION.