Will Orange-line Metro train be just as helpful as the metro bus? 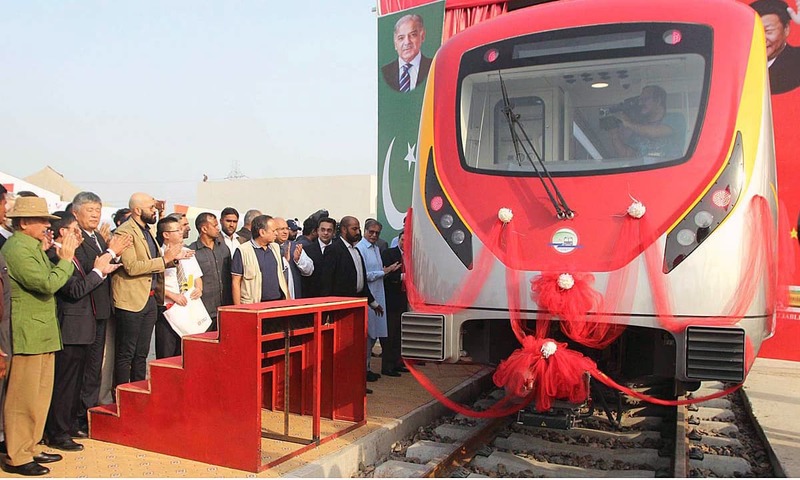 As the orange line project is about to be completed even after huge criticism we have to take a look at what benefits it would provide to a common man.

From the start, just like Lahore metro bus project, Punjab government faced a lot of criticism due to high cost of the project from Pakistan Tehreek-e-Insaf and different political parties but somehow PML-N government managed to complete some part of it before the upcoming elections. The project had started after an agreement signed between Punjab government and China in May 2014. The works on the project began in October 2015. The train would cover the distance of 27.1 kilometre from Ali Town to Dera Gujjran. It has 27 stations.

However, different organisations have raised their concerns in order to stop the construction of the project near the historical sites in the city so that our history is saved.

Lahore High Court had previously ordered halting the construction of the project within 200 feet of 11 historical sites on 19th August, 2016. However, eventually the order was lifted and construction was allowed to continue.

But now it is the time we have to understand, as the project is in its finishing stages, what type of benefits it could provide student or working class or to a common man. Would it be just as beneficial as Lahore metro bus or would it be better?

Recently I came across a friend named Annie who is an MBBS doctor. I have known her since my childhood. I asked about her experience on the Lahore metro bus as I knew she used to travel on it to go her hospital two to three days a week in Shahadra.

She told me that she had been using metro bus over a year now as she travellled from Canal Station to Shahadra Station to perform her duty at a hospital on regular basis.

According to the reports of Punjab government, the train would have the capacity to carry 250,000 passengers per day which is expected to rise in the coming years. It is designed to handle 30,000 passengers per hour. Each train car has a capacity of 200 seats. Moreover, it is automated and driverless.

Moreover, at the start of her job, it was really hard for a girl to travel such a distance alone as previously she was afraid to use the local public transport as the people started staring at her for no reason, she explained.

But her experience on metro bus changed her views as she said that it was much easier and safer for girls as compared to other means of transport in Lahore. And the plus point was that she said it used to save her time as she reached her destination quickly and it was also cost effective.

Furthermore, we have to see if the Orange Line Metro Train would be just as helpful as the metro bus. We need to know how it will save our money and time. How it will help students or an office going people? Will it be able to reduce heavy traffic issue of Lahore?

According to the reports of Punjab government, the train would have the capacity to carry 250,000 passengers per day which is expected to rise in the coming years. It is designed to handle 30,000 passengers per hour. Each train car has a capacity of 200 seats. Moreover, it is automated and driverless.

The total time the train would cover from the first station to the last one is estimated to be around 45 minutes, unlike if we go by the local bus or rickshaw which usually takes 2 to 3 hours because of traffic and other issues. The maximum speed of the train is 80 km/h per hour. The train will be operational for 18 hours per day, between 5:30am in the morning and 23:30pm at night.

The ticket is supposed to be around the same price as that of the the metro bus and each person would have to make the digital card which makes it easier. But we have to wait and see until the project gets completed.