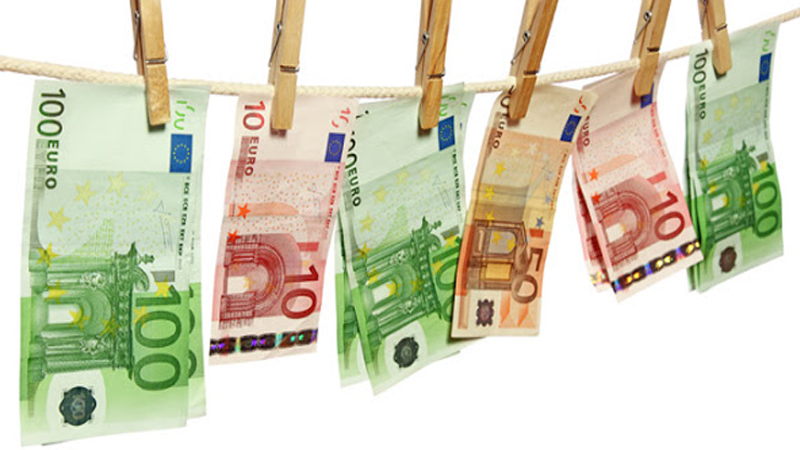 British National Crime Agency (NCA) has identified Pakistan, Nigeria and Russia as the top source countries for money laundering in the United Kingdom, According to British media reports. The NCA report says the UK is a prime destination for foreign corrupt and politically exposed people to launder money.

In its annual assessment of serious and organized crime, the NCA says: “Investment in UK property, particularly in London, continues to be an attractive mechanism to launder funds….As the UK moves towards exiting the EU in March 2019, UK-based businesses may look to increase the amount of trade they have with non-EU countries….We judge this will increase the likelihood that UK businesses will come into contact with corrupt markets, particularly in the developing world, raising the risk they will be drawn into corrupt practices.”

Here are some of the key excerpts of the UK NCA report titled “National Strategic Assessment of Serious and Organized Crime 2018”:

1. “The UK is a prime destination for foreign corrupt PEPs (politically exposed persons, a euphemism for politicians and their family member) to launder the proceeds of corruption. Investment in UK property, particularly in London, continues to be an attractive mechanism to launder funds. The true scale of PEPs investment in the UK is not known, however the source countries that are most commonly seen are Russia, Nigeria and Pakistan”.

2. “The overseas jurisdictions that have the most enduring impact on the UK across the majority of the different money laundering threats are: Russia, China, Hong Kong, Pakistan, and the United Arab Emirates (UAE). Some of these jurisdictions have large financial sectors which also make them attractive as destinations or transit points for the proceeds of crime.”

The NCA report says there are “professional enablers from the banking, accounting and legal world” who facilitate the legitimization of criminal finances and are perpetuate the problem by refinancing further criminality.

In fact, there is an entire industry made up of lawyers and accountants that offers its services to help hide illicit wealth. Mossack Fonseca, the law firm that made headlines with “Panama Leaks”, is just one example of companies in this industry.

The Panama list included showbiz and sports celebrities, lawyers, entrepreneurs, businessmen, journalists and other occupations but it was heavily dominated by politicians.

It is not just greedy politicians, unscrupulous businessmen and corrupt officials in developing countries who rely on fraudulent manipulation of trade invoices; all kinds of drug traders, terrorists and criminals also use TBML (trade-based money laundering).

John A. Cassara, former US intelligence official with expertise in money laundering, submitted written testimony for a US Congressional hearing on “Trading with the Enemy: Trade-Based Money Laundering is the Growth Industry in Terror Finance” to the Task Force to Investigate Terrorism Financing Of the House Financial Services Committee February 3, 2016. Here’s an except from it:

“Not long after the September 11 attacks, I had a conversation with a Pakistani entrepreneur. This businessman could charitably be described as being involved in international grey markets and illicit finance. We discussed many of the subjects addressed in this hearing including trade-based money laundering, terror finance, value transfer, hawala, fictitious invoicing, and counter-valuation. At the end of the discussion, he looked at me and said, “Mr. John, don’t you know that your adversaries are transferring money and value right under your noses? But the West doesn’t see it. Your enemies are laughing at you.””

Global Financial Integrity (GFI) defines trade misinvoicing as “fraudulently manipulating the price, quantity, or quality of a good or service on an invoice submitted to customs” to quickly move substantial sums of money across international borders.

How does trade miscinvoicing work? Here’s an example:

Similarly, imports of goods worth $1 million to Pakistan are overinvoiced at $1.5 million through an offshore middleman and the difference is kept in an overseas account. The result: Pakistan loses another $500,000 in foreign exchange. Meanwhile, the Pakistani traders and the officials facilitating misinvoicing together pocket $1 million or 50% on the two trades. Pakistan’s trade and current account deficits grow and the foreign exchange reserves are depleted, forcing Pakistan to go back to the International Monetary Fund (IMF) for yet another bailout with tough conditions.

Assets held by people in offshore tax havens are tracked by their country of residence, not by their citizenship, under OECD sponsored Agreement On Exchange of Information on Tax Matters. Pakistan is a signatory of this international agreement. When Pakistan seeks information from another country under this agreement, the nation’s FBR gets only the information on asset holders who have declared Pakistan as their country of residence. Information on those Pakistanis who claim residency (iqama) in another country is not shared with Pakistani government. This loophole allows many Pakistani asset holders with iqamas in other countries to hide their assets. Many of Pakistan’s top politicians, bureaucrats and businessmen hold residency visas in the Middle East, Europe and North America.

Customs duties in developing countries often make up a huge part of the tax revenue collected by the governments. Trade Misinvoicing not only increases current account deficits but also worsen budget deficits by cutting tax receipts. Raymond Baker, author of Capitalism’s Achilles Heel, has written about it as follows:

“The Pakistan government’s largest source of revenues is customs duties, and therefore evasion of duties is a national pastime. Isn’t there a way to tap into this major income stream, pretending to fight customs corruption and getting rich at he same time? Of course; we can hire a reputable (or disreputable, as the case maybe) inspection company, have the government pay the company about one percent fee to do price checking on imports, and get multi-million dollar bribes paid to us upon award of the contracts. Societe de Generale de Surveillance (SGS), headquartered in Switzerland, and its then subsidiary Cotecna, the biggest group in the inspection business, readily agree to this subterfuge. Letters in 1994 promised “consultancy fees”, meaning kickbacks, of 6 percent and 3 percent to British Virgin Island (BVI) companies, Bomer Finance Inc. and Nassam Overseas Inc., controlled by (Benazir) Bhutto and (Asif) Zardari. Payments of $12 million were made to Swiss bank accounts of the BVI companies.”

Some have called London the “Money Laundering Capital of the World” where corrupt leaders from developing nations use wealth looted from their people to buy expensive real estate and other assets. Private individuals and businesses from poor nations also park money in the west and other off-shore tax havens to hide their incomes and assets from the tax authorities in their countries of residence.

The multi-trillion dollar massive net outflow of money from the poor to the rich countries has been documented by the US-based Global Financial Integrity (GFI). This flow of capital has been described as “aid in reverse”. It has made big headlines in Pakistan and elsewhere since the release of the Panama Papers and the Paradise Leaks which revealed true owners of offshore assets held by anonymous shell companies. Bloomberg has reported that Pakistanis alone own as much as $150 billion worth of undeclared assets offshore.

In Pakistan, for example, it takes investment of about 4% of GDP to grow the economy by 1%. Lower levels of investments in the country has kept its GDP growth below par relative to the rest of South Asia. Any reduction in the outflow of capital to offshore tax havens will help boost economic growth in Pakistan to close the gap with its neighbors, particularly Bangladesh and India whose economies are both growing 1-2% faster than Pakistan’s.

UK’s National Crime Agency (NCA) has listed Pakistan among the top three sources of money laundering in the United Kingdom. The report has identified trade misinvoicing as a key mechanism for money laundering. It singles out politicians as the main culprits. Pakistan’s exports have declined significantly since former Prime Minister Nawaz Sharif’s PMLN party assumed power in 2013. They are down from about $25 billion in 2013-14 to about $20 billion in 2016-17. Overvaluation of the Pakistani currency is often cited as a reason for it. The other, probably more important reason, may be increasing underinvoicing of exports facilitated by the people in power. Trade misinvoicing is the largest component of illicit financial outflows from developing countries as measured by New York- based Global Financial Integrity (GFI) which tracks such flows.