A Persian retreat is inevitable 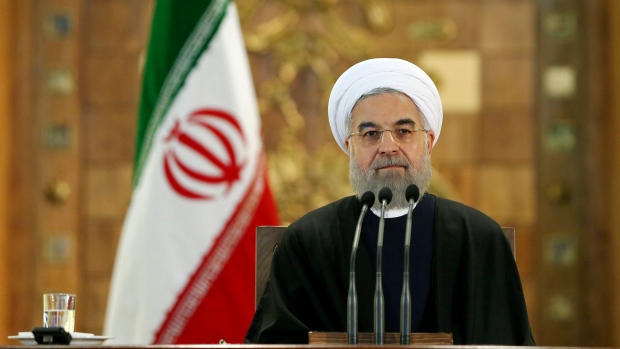 Israel attacked all of Iranian infrastructure in Syria. The aim was to neutralize Iranian military facilities in the South and South West of Syria. According to Tel Aviv the strikes were in retaliation to Iranian missile attacks on Golan Heights. After the bombing, Israel’s government spokesperson said that airstrikes have destroyed nearly all of Iranian infrastructure in Syria. If Israel can destroy all of Iranian facilities in Syria in a single day, then why is Tehran perceived as a massive threat?

Iran expanded its influence in the Middle East after the withdrawal of United States from Iraq and consistent Saudi intelligence failures across the region. The power vacuum caused by the US withdrawal resulted in the rise of Islamic State of Iran and Levant (ISIL), a hardcore Sunni extremist organisation. It created an opportunity for Iran to support Shiite militias and largely Shiite dominated Iraqi army. Iranian Revolutionary Guards Commander (IRGC), General Soleimani was seen many times in Iraq supervising the operations launched against ISIL.

The Arab spring and the expansion of ISIL to Syria contributed to Tehran’s intervention in Syria. The survival of Bashar al-Assad was vital for Iran as Syria is geographically a bridge between Iran and Iranian allied Hezbollah in Lebanon. Furthermore, Hezbollah also actively took part in Bashar al-Assad’s war against Sunni rebels as the fall of Assad could have resulted in the regional isolation of the group.

Saudi Arabia has repeatedly accused Tehran of supplying missiles to Houthis. Recently Riyadh has intercepted many missiles over its territory which it claimed was Iranian made

Iran is technologically lagging behind its arch rival Israel but its importance and following as the hub of Shiite sect of Islam provides it with many leverages over its adversaries. Tehran is rapidly bolstering its allies, Hezbollah in Lebanon, Hamas in Palestine, Houthis in Yemen, and Syrian government by supplying weapons and ammunitions. Saudi Arabia has repeatedly accused Tehran of supplying missiles to Houthis. Recently Riyadh has intercepted many missiles over its territory which it claimed was Iranian made.

Many political scientists believe that they have significant doubts regarding Israeli claim of Iranian missile attack on Golan Heights. In the present circumstances Iran will never want to open a new war front; instead it will try to diplomatically engage Tel Aviv. Moreover, the initiation of strikes after the withdrawal of Washington is also suspicious.

The recent events indicate the vulnerabilities of Iran. The withdrawal of Trump from Joint Comprehensive Plan of Action (JCPOA) and immense Israeli airstrikes has increased pressure on Iran. Saudi Arabia has also intensified its operation against the Iran-backed Houthis. Many believe that Saudi Arabia, Israel, and Washington are on the same page on their policy towards Tehran. Moreover, United Kingdom, Germany and France have vehemently opposed Trump’s withdrawal decision. In a joint statement, Theresa May, Emanuel Macron and Angela Merkel said, ‘’we recall that the JCPOA was unanimously endorsed by the UN Security Council in resolution 2231. This resolution remains the binding international legal framework for the resolution of the dispute about the Iranian nuclear programme.”

Iran also has geographical superiority as its territory is huge as compared to Israel. It can take several hits and still survive

Israeli Prime Minister Benjamin Netanyahu visit to the Moscow was fruitful as Israeli leader was successful in convincing Putin to halt the sale of sophisticated Russian air-defense system to Damascus. The transfer of S300 would have inflicted a serious damage to Israeli air superiority. Israel and Iran are on the brink of direct confrontation. Militarily, Israel is far superior. Israeli Air Force (IAF) comprises of state of the art fighter jets like F16 and F15 strike eagles. Its iron dome antimissile system can tackle missile attacks. Israeli navy is also far more powerful than Iran’s.

But Tehran also possesses some leverage against Israel. Iran’s proxy Hezbollah is armed to teeth with Iranian supplied missiles which have proven its efficiency in the 2006 war with Israel. In addition to that, Iran is the center of Shiite sect of Islam and enjoys massive support among the Shiite communities in Syria, Yemen, Pakistan, Iraq, Lebanon, and Nigeria. Iran also has geographical superiority as its territory is huge as compared to Israel. It can take several hits and still survive.

Benjamin Netanyahu’s visit to Russia indicates that Moscow will not intervene militarily in the wake of Israeli bombing of Iranian positions in Syria. The options with the Iran are few as Assad also does not want to open a new front. If the dots are connected, a Persian retreat is inevitable.