Pakistan needs to treat this current impasse with the utmost care and importance. Choosing one side over the other could have disastrous effects on Pakistan’s own simmering sectarian divide

Pakistan has been executing a master plan in terms of foreign policy, as of late. One of the foreign ministries major goals is improving relations with all immediate neighbouring countries.

As the War on terror shows no signs of winding down as expected under Obamas administration, Pakistan has made its official foreign policy to support and facilitate Afghanistan and lead the process of peace and reconciliation.

With India, tensions have warmed throughout the year. Last year, India claimed to have conducted a surgical strike inside Pakistani territories, a claim which Pakistan later refuted. Both sides blame the other for cross-border shelling that has claimed lives on either side of the border. Although no progress could be made on the core issues of Kashmir, both countries eased visa restrictions and took measures to normalize their trade relations.

Relations with Iran are starting to become sour because of Pakistan’s participation in the Saudi led “Islamic Military Alliance to Fight Terrorism” (IMAFT.) Despite Pakistan’s assurances at multiple levels that such a force would not be aimed at Iran, the Iranians were quite sceptical of such a claim. These Iranian apprehensions were later highlighted to a visiting Pakistani parliamentary delegation led by the speaker of the National Assembly stating “countries funding terrorism cannot claim to be combating it.”

Pakistan needs to treat this current impasse with the utmost care and importance. Choosing one side over the other could have disastrous effects on Pakistan’s own simmering sectarian divide.

China and Pakistan have endured seven decades of changes in geopolitical and strategic interests. It’s a layered and complex relationship that spans multiple different avenues. In regards to the economy, China is underway building the China-Pak Economic Corridor (CPEC.) Originally valued at $42billion but is now worth $62 billion. CPEC’s potential impact on Pakistan has been compared to the Marshall Plan undertaken by the United States in Postwar Europe.

In the 15 year span between 2015- 2030, Pakistani officials predict the creation of upwards of 2.3million jobs, while adding a forecasted 2 – 2.5 percent to the countries annual growth. Iran and Eqypt have also expressed interest in taking part in CPEC as well. In light of the routes security concerns, Pakistan has also created a special security force to safeguard Chinese interests in the country. The establishment of CPEC is important not only for Pakistan but for China which would grant the Chinese access to markets of Asia, Europe and Africa.

As an illustration, 80 percent of Chinese oil comes through the Strait of Malacca in the Persian Gulf, which takes 2-3 months over a distance of 16,000km. Once the CPEC route becomes operational this logistical route will be decreased to a mere 5000km. The special economic Zone is forecast to be completed in three stages, by 2025, it is estimated that the manufacturing and processing industries will be completed, with further expansions of the zone completed by 2030.

In light of all these events, Pakistan faces an uphill battle in regards to combating its own domestic insurgency. In 2017 alone, there were at least 23 such incidences of terrorism across the country claiming many lives. In 2014 with the full support of the government, the army launched an offensive against militant strongholds in the North Waziristan Agency (NWA) and in the Federally Administered Tribal Areas (FATA.) Now in 2017, it is surmised that Pakistan decreased its incidents of terrorism within its borders by a remarkable 40-45%! One of the many indicators of the success of this operation can be ascertained from the Global terrorism index of 2015, during which period Pakistan dropped from the third spot to the fourth. Since the commencement of Zarb-e Azb, it has been noted that civilian deaths due to terrorism are on a downward trend, down to 40% in 2014, 65% in 2015 and 74% in 2016. One very grim indicator of the success of Zarb e Azb is that in 2013, 3001 civilians were killed due to terrorist violence, in 2016 only 308 people were killed in acts of terrorism. 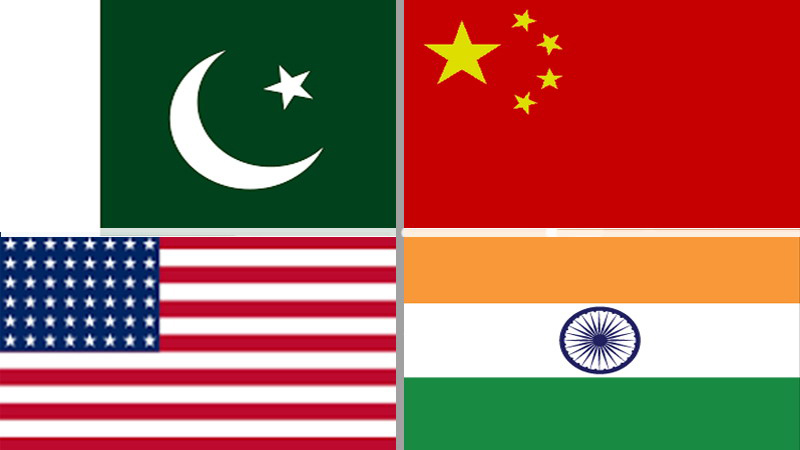 Political strife in the country has raised the risk profile for investors and businesses in the tumultuous but fast-growing economy. The investor’s service Moody’s wrote in a report:  “We expect domestic political risk to continue to constrain Pakistan’s credit profile in the near and medium term, due to both recent events and the country’s long-standing history of domestic security challenges, disruptive politics and military coups, The extent to which these events detract from economic and fiscal policymaking, and reduce government effectiveness in general, will ultimately determine their impact on Pakistan’s credit profile.”

It is worth noting that Pakistan has a weak record of public project implementation indicating that the pace of the project will likely be slow. Moving forward, continued support of the CPEC project across all branches of government will be critical to its full implementation and ensuing success.