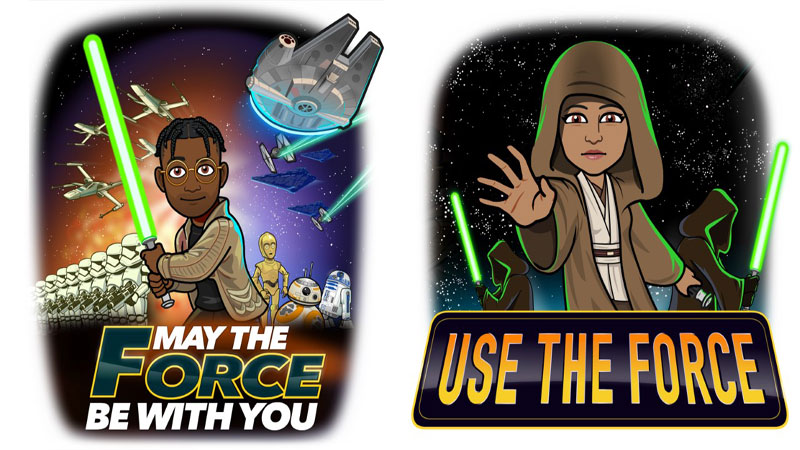 You’re either completely oblivious of the phrase ‘May the fourth be with you’ or you’ve heard it way too many times that this just annoys you now. If former, you truly have to be living under the rock all this time and if latter, bear it one more time please. In any case, May the 4, also known as the Star Wars Day was observed by fans from across the world and to cash in on the opportunity, Snapchat presented some thematic filters and tools to its users to mark the day.

The next movie of the franchise, Solo: A Star Wars Story, is due to release on May 25. This is just five months after the previous episode Star Wars: The Last Jedi was released. That is because the release date of the eighth episode got push back from May till December 2017. The fact that Solo: A Star Wars Story’s release date did not get push back is a pleasant surprise for the fans. The upcoming film will take us to the past showing us the life and times of the galaxy’s favourite smuggler Han Solo.

The impact that the Star Wars franchise has created on the pop culture worldwide is remarkable to say the least. A saga that started in the 70s — and with not many hopes I might add — continues to this day

The Star Wars franchise themed lenses, stickers and filters appeared on the social networking app to join the fans in celebrations. One could completely turn into everyone’s favourite Wookiee by applying the Chewbacca filter. The selfie and actionmoji options had everyone going strong with the force by their side. The social media app – popular among millennials – partnered with the Walt Disney Company to create these themes.

Snapchat has been battling to regain its influence and user-base after being hit by fierce competition by Facebook’s Instagram and other rivals. Apart from the need of constantly innovating, the company is also trying to stay relevant with thematic pop culture partnerships like this one. The company also enters into partnerships and exclusive deals with media companies to offer games, media and magazine content within its platform.

The impact that the Star Wars franchise has created on the pop culture worldwide is remarkable to say the least. A saga that started in the 70s – and with not many hopes I might add – continues to this day and is equally popular among the generations since then. I bet nobody thought back then that in forty years from now this movie will be this hit with the Snapchat-using teenagers.

If you missed out on the opportunity to celebrate the Star Wars Day, you still can. Just look for these goodies in your app and see if you can still catch them.