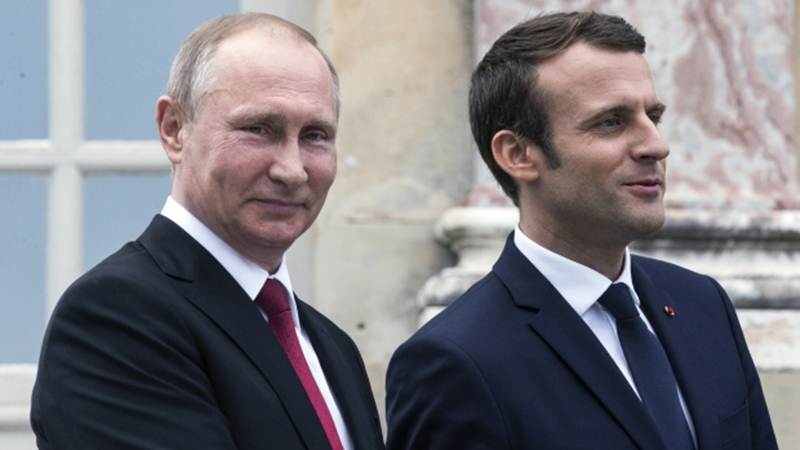 Russian President Vladimir Putin and French leader Emmanuel Macron launched a joint defence of the Iranian nuclear deal on Monday but expressed differences on how to move forward as US President Donald Trump weighs up whether to scrap it.

The Kremlin said Putin and Macron were both calling for “strict observance” of the hard-fought 2015 agreement after a phone call between the two leaders.

Macron’s office however said that while the pair agreed on the need to “preserve the gains from the agreement”, the French leader was also pushing for international talks on a potential wider deal.

“The president expressed his desire for discussions on controlling (Iran’s) nuclear activity after 2025, in close cooperation with Russia, other permanent members of the UN Security Council, European and regional powers,” the French statement said.

Trump has a May 12 deadline to decide on whether or not to walk away from the deal, which he has derided as “insane” partly because its restrictions on Iran’s nuclear activities begin expiring in 2025.

Moscow has previously said there was “no alternative” to the agreement and that Tehran’s position on the issue was paramount. Iran’s President Hassan Rouhani has rejected any suggestion of rewriting the deal.

The agreement, thrashed out between Tehran and six world powers after fraught negotiations, saw Iran agree to freeze its nuclear programme in exchange for the lifting of crippling economic sanctions.

But Trump has called for it to be altered or scrapped.

Macron has positioned himself as an emissary for European officials seeking a compromise that would keep the deal intact. He has previously suggested an additional deal that extends Iran’s nuclear restrictions.

But after a state visit to the US this week, he admitted he had failed to secure any promise from Trump to keep the deal alive.

Major European powers Britain, France and Germany all remain committed to the pact, saying it is the best way to keep Tehran from getting a nuclear bomb.

Along with urging fresh negotiations on Iran, Macron called for international talks on the wars in Syria and Yemen with the support of Russia.

He “indicated his wish for Russia to play a constructive role in all of these questions to avoid tensions mounting in the region”, the statement said, in a nod to increasingly cold relations between Russia and the West.

The French president, who has argued for keeping European communications open with Moscow despite tensions over the war in Syria, is due to visit Russia on May 24 and 25.

A video posted to Macron’s official Twitter account showed him calling Putin from his plane en-route to Australia, in which he addresses the Russian leader warmly as “Vladimir” using the informal form of “you”.

“Hi Vladimir, how are you?” he is heard saying. “Thanks for agreeing to this phone call, I wanted to talk to you to take stock of the situation.”