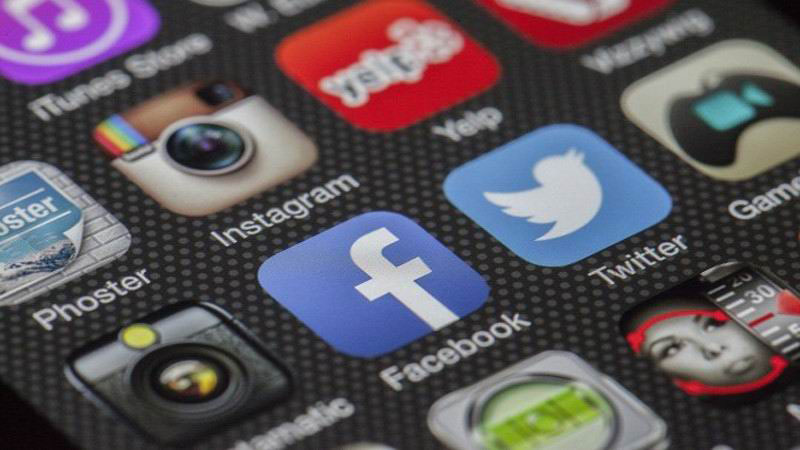 Social media news feeds are driven by users’ profiles to reinforce their preferences and prejudices. News feeds are customised for each user. Any posts that don’t fit these profiles don’t get displayed. The result is increasing tribalism in the world. American and British intelligence agencies claim that Russian intelligence has used social media to promote divisions and manipulate public opinion in the West. Like the US and the UK, Pakistan also has ethnic, sectarian and regional fault-lines that make it vulnerable to similar social media manipulation. It is very likely that intelligence agencies of countries hostile to Pakistan are exploiting these divisions for their own end and various pronouncements by India’s current and former intelligence and security officials reinforce this suspicion.

Such group affiliations can give people a sense of belonging but they are sometimes also used to exclude others with the purpose of promoting hostility and violence. Social media platforms are being used both ways: To unite and to divide people.

Powerful new media such as Facebook, Twitter, YouTube and WhatsApp lend themselves for use as extensions of covert warfares carried out by intelligence agencies against nations they see as hostile.

Social media platforms like Facebook and Twitter are powerful magnets for marketers, extremist groups and intelligence agencies. They spend a lot of time and money on such platforms to reach and manipulate their targets.

Trolls and bots proliferate and societies become more deeply divided along political, ethnic, racial, religious, ideological and regional lines. It is a problem that all nations in the world have to respond to.

Developed nations in Europe and North America with stronger institutions are generally more capable of dealing with the consequences of such divisions. But the increasing social media penetration in less capable developing nations with weak institutions cause them to sometimes descend into violent riots. In a recent piece titled “Where Countries Are Tinderboxes and Facebook is a Match“, the New York Times has mentioned recent examples of riots and lynchings caused by social media posts in India, Indonesia, Mexico, Myanmar and Sri Lanka.

The unexpected result of Brexit, the British vote to leave the European Union, shocked many in the UK and Europe. It was soon followed by an even bigger shock with the unexpected election of Donald J. Trump as the President of the United States. Western intelligence agencies have now concluded that Russian intelligence agencies sponsored trolls played a major role in manipulating the public opinion in the United Kingdom and the United States.

In February 2018, the US justice department indicted 13 Russians and three Russian entities in an alleged conspiracy to defraud the United States, including by tampering in the 2016 presidential election on behalf of Donald Trump and against Hillary Clinton, according to media reports.

The US DOJ indictment identified the Internet Research Agency, a St Petersburg-based group to which millions of impostor social media accounts have been traced, as a primary offender. The indictment also charged Russian individuals who funded the alleged election tampering conspiracy or who otherwise participated in it.

Some of the Russian social media posts were used to organise protests and counter protests in the United States on issues relating to race and religion.

US Senator Richard Burr confirmed that two groups converged outside the Islamic Da’wah Center of Houston in 2016, the Texas Tribune reported. One had gathered at the behest of the “Heart of Texas” Facebook group for a “Stop Islamification of Texas” rally, while the other, spurred on by the “United Muslims of America” Facebook page, had organised a counter-protest to “Save Islamic Knowledge.”

A Russian-sponsored Facebook ad appeared in late 2015 or early 2016, sources told CNN, and though it was meant to appear supportive of Black Lives Matter movement, it may also have conveyed the group as threatening to some white residents of those cities.

It can be safely assumed that Russians are not alone in using social media against nations they see as hostile to them. It is also a safe bet that Indian intelligence agencies are most likely deploying their troll farms and bots to divide Pakistanis.

India’s ruling BJP party has extensively used social media apps to spread rumours, innuendo, fake news, outright lies and various forms of disinformation against anyone seen to be even mildly critical of their leader Narendra Modi. Their harshest abuse has been targeted at the Opposition Congress party leaders, various liberal individuals and groups, Muslims and Pakistanis.

Swati Chaturvedi, author of I Am a Troll, has cited many instances of hateful tweets from Modi-loving Hindu trolls, including Singer Abhijeet’s lies to generate hatred against Muslims and Pakistan and BJP MP Hukum Singh’s false claim of “Hindu exodus” from Kairana in western Uttar Pradesh blaming it on Muslims.

Vikram Sood, a former top spy in India, has elaborated on India’s covert warfare options to target Pakistan in the following words: “The media is a favorite instrument, provided it is not left to the bureaucrats because then we will end up with some clumsy and implausible propaganda effort. More than the electronic and print media, it is now the internet and YouTube that can be the next-generation weapons of psychological war. Terrorists use these liberally and so should those required to counter terrorism.”

In a 2013 speech at Sastra University, Indian Prime Minister Modi’s National Security Adviser Ajit Doval revealed his covert war strategy against Pakistan as follows: “How do you tackle Pakistan? We start working on Pakistan’s vulnerabilities, economic, internal security, political, isolating them internationally, it can be anything, it can be defeating Pakistan’s policies in Afghanistan. You stop the terrorists by denying them weapons, funds and manpower. Deny them funds by countering with one-and-a-half times more funding. If they have 1200 crores give them 1800 crores and they are on our side, who are the Taliban fighting for? It’s because they haven’t got jobs or someone has misled them. The Taliban are mercenaries. So go for more of the covert thing (against Pakistan).”