It is the state’s responsibility to provide security to its citizens: Bizenjo 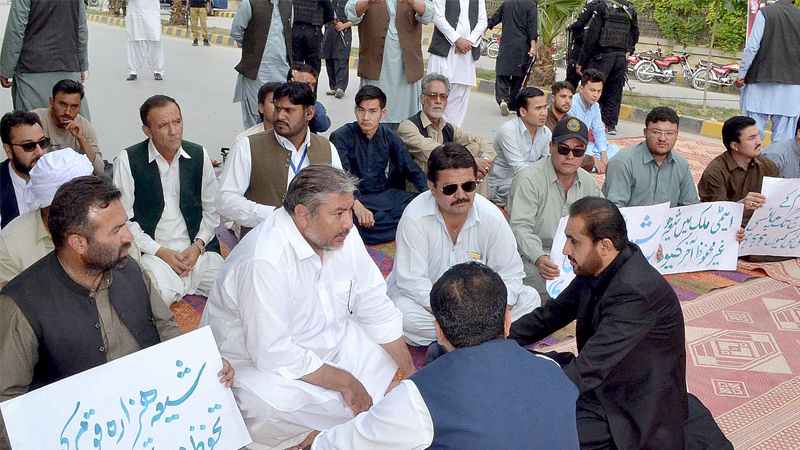 QUETTA: Balochistan Chief Minister Abdul Quddus Bizenjo said that it is the responsibility of the state to give safety of life to its citizens and for that, our law enforcement agencies are working day and night.

He was talking with delegation members of Hazara Democratic Party who called on him on Monday at the CM House.

He added that some elements are deteriorating the peace of the city with systematic planning and recent sectarian killings show that they want to see unity among the diverse ethnic groups of the city. The CM also ensured that it’s the responsibility of the provincial government to maintain peace, harmony and brotherhood at every cost.

Abdul Quddus Bizenjo also appreciated the role and sacrifices of Balochistan police, FC personnel and law enforcement agencies for elimination of terrorism in the province. He noted that “we are fully determined the culprits who are involved in sectarian killings will be arrested very soon”.

The CM categorically said that “we are standing with our Hazara brothers in this difficult time and assured to the delegation members that government would take very possible step to ensure safety of life for its citizens”.

He also stated that we can’t neglect the achievements of security forces and recently they conducted successful operations and arrested a large number of target killers and suicide bombers who were planning their terrorist activities in the province. The chief minister also told media persons that “we are working on the Quetta Safe City Project and will soon finalise it, and are also taking steps to secure the Pak-Afghan border”.

Meanwhile, Home Ministry of Balochistan imposed section 144 for a month in result of the ongoing violence and recent target killing incidents in the capital city.