Why is there a need to curb child labour? 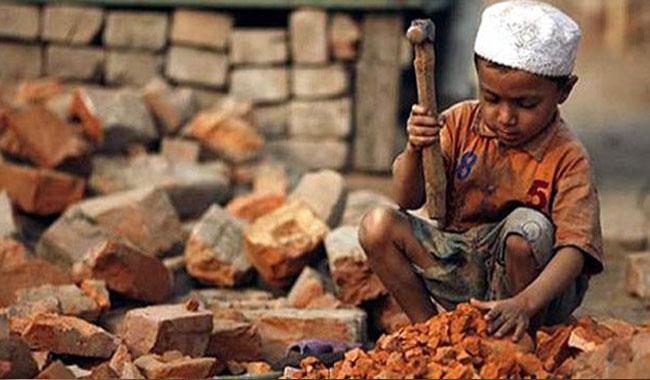 Child labour is one of the growing social issues faced by Pakistan. The impact it might have on the mental, physical, moral and social life of children is considerable. During the 1990s, 11 million children were working in Pakistan – half of whom were under the age of 10. In 1994, the minimum age for child workers was 8 years, which was later brought down to 7 years in 1996.

The situation is worse in Hyderabad as children as young as 4 years of age are forced to work with a minimum compensation of Rs 40 per day. This, however, is not only the situation of Hyderabad, but of all the Kachi Abadi area in the country.

According to the International Labor Organization (ILO), poverty is a major cause of child labour. Unfortunately, with the passage of time, forced child labour is growing in the country and there is limited check and balance. The ratio is higher in industrial cities like Karachi, Islamabad, Sialkot, Rawalpindi, and Lahore.

In December 2014, the US Department of Labour presented a report titled Forced Labor which states that majority of the child labour in Pakistan works in 6 departments, which are production of bangles, brick kilns, carpet and leather industry, surgical instruments manufacturing and coal mining.

Another major factor that contributes to child labour is loans. Poverty stricken families take loans from industry or factory owners and then, spend a lifetime working to pay the amounts back. The debt value is so high that generations are forced to work for the same employer.

Pakistan’s per-capita income is approximately $1900. A middle-class person earns around $6 per day. The average Pakistani has to feed 7 to 9 people with the daily wage.

In Balochistan, the main reason for child labour is the the low quality of education, lack of job opportunities and lack of progress in the region.

In the 1973 constitution, equal and clear safeguarding of fundamental rights of the citizens of Pakistan is mentioned.

“Fundamental Rights and Principles of Policy” of Article 27 talks about the discrimination in the federal and provisional government services. According to a statement issued by the Child Rights Movements (CRM), over 12.5 million children in Pakistan are victimised via forced labour and are working in hazardous conditions.

There are 8.52 million home-based workers in the country, according to the figures released in the National Policy on Home-based workers, which also mentions that the number of child labours up to the age of 10 years is around 6 million.

Pakistan Institute of Labor Education and Research (PILER) director Karamat Ali said that there was a four-fold increase in child labour in Pakistan in the past 20 years. He also said that only three percent of the GDP could ensure social security to citizens, which was vital to ensuring education for all children in Pakistan.

Article 11 of the constitution interdicts slavery and child labour, while the Article 25(A) clearly mentions that the state shall provide free and compulsory education to all children of the age of 5 to 16 years in such manner as determined by law.

Domestic child labour is also a major challenge to put an end to it. NGOs like Sahil, SPRC, Save the children are working to ensure protection of child workers and their rights.

The most significant policies of the government to ensure protection of the rights of child workers are:

There is an abundance of laws and acts to tackle the menace of child labour but the laws that protect the children are, unfortunately, ignored not only in Pakistan but globally as well. Government policies and laws are appreciative but there is a need for proper implementation if we are to achieve the desired goals.