Daughters of the soil

How often do you hear of women diffusing bombs? 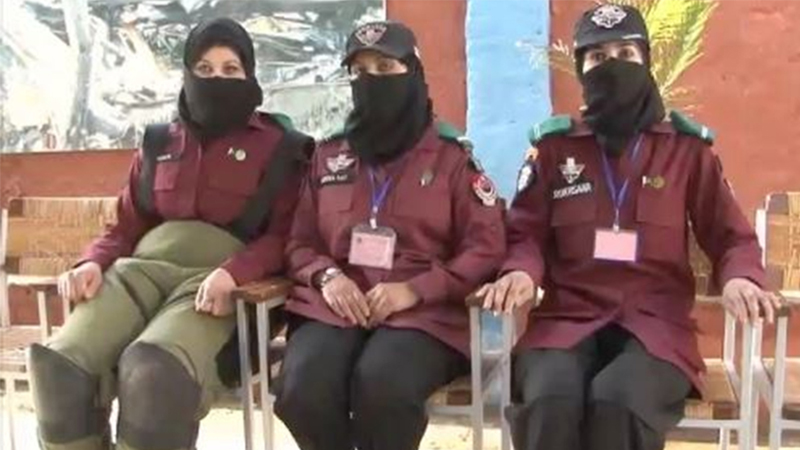 The three hijab-clad women in red and black you see are part of the Khyber Pakhtunkhwa Bomb Disposal Squad, resolute in maintaining their rigorous training to combat crime.

Have you ever heard of Rafia Qaseem?

She was the first woman from Asia to join the Bomb Disposal Unit (BDU) training in Nowshera. In February 2017, 11more women, including three sisters, completed similar training at the Police School of Explosive Handling in KP 24 joined Elite Force, including 11 commandoes.

No mean achievement in an environment dominated by a conservative and patriarchal mindset!

Has anyone heard of Kausar — Kausar of Hasomat Serian, a small conservative village of Mansehra District where girls never see a school in their lives. Kausar rose above her surroundings, the only educated woman in her village now serving as a police constable and supporting her family.

Who is Robina Gul? A villager from a remote area of KP who traded her needle for a trowel recently and is now encouraging other women to setup tree nurseries like hers that can earn them a substantial monthly wage. Billion Tree Tsunami brought with it a boom for rural women who — under the guidance of female forest officers — are now nurturing and setting up home tree nurseries.

They first get black polythene bags from the forest department to fill with mud and manure followed by seeds and training on how to sow and tend to the trees.

The wind of change is blowing in KP. Women are being increasingly enabled to join the workforce as agents of change by contributing to their families, communities and society

The secret behind the success of developed countries is directly correlated to the participation of women in the progress of a country.

Our Quaid was the first to stress this point, and I quote: “I have always maintained that no nation can ever be worthy of its existence that cannot take its women along with men. It is a crime against humanity to shut up women within the four walls of houses as prisoners. Let us try to raise the status of women according to Islamic ideals and standards. Together we can build homes, families and nations.”

Khyber Pakhtunkhwa government realised this earlier on as Imran Khan’s vision was also firmly rooted in Quaid-e-Azam’s perception of women as a formidable workforce in ensuring the progress of a nation. 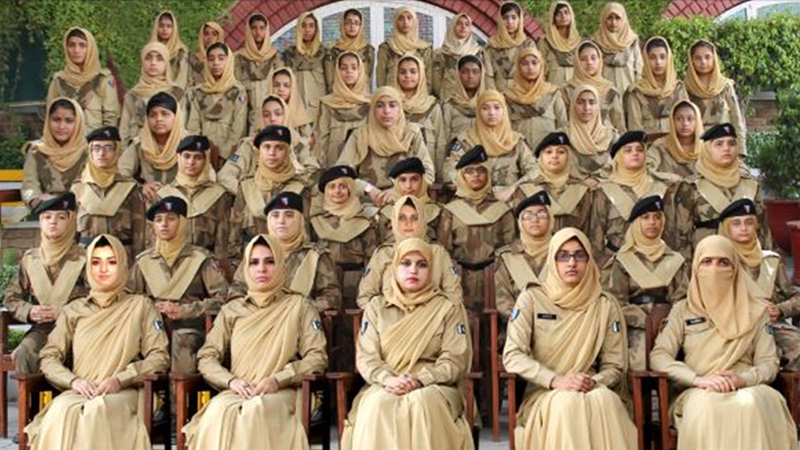 Initially, CMKP, Pervaiz Khattak, approved the Women Empowerment Policy as per an action plan for 2013-18 which one can visibly see being executed across the province. KP Cabinet endorsed amendments in the Protection Against Harassment of Women at Workplace Act, 2010, as well as for the appointment of an ombudsperson under the Act. Many female school and college teachers who were recruited on a contract basis were regularised by the KP Education Department over the past four years through a bill tabled in KP Assembly.

The KP government set out to establish its first Girls Cadet College in Mardan in April 2017. The first graduation ceremony was held recently which did parents proud. Centres are now being set up in Peshawar, Kohat, DI Khan, Abbottabad and Pindi for entry tests.

February 2018 heralded a new era for Pakhtun women living in rural areas of Chitral. They were given royalty from sustainable forestry — a domain exclusively of men. This historic moment happened after several parleys between women councillors and local government officials in the area. You empower women in politics, and they push for the rights of womankind. This only happens when laws are enacted through assemblies to protect their inherent rights.

It was a wondrous sight to see 10,000 girls/women participating in 18 sports in 3 consecutive years in KP. Lo and behold, we had female judo players hailing from remote rural districts like Lakki Marwat, who won 5-golds in Quaid-i-Azam National Games in National Youth Carnival.

In December 2017, the KP government announced its policy guidelines for women empowerment by ensuring the provision of avenues for their development. CMKP launched a 16-day activism campaign to sensitise people on rights of women — the key to eradicating poverty, build resilient societies and promote sustainable development through socio-economic, political and legal empowerment.

In February 2018, USAID and a local NGO ‘Pak Women’ supported the Women Parliamentary Caucus of KP for the passage of 3 landmark resolutions from KP Assembly to facilitate and provide women broader opportunities to earn a living. But there is still a dark side in Pakistan where this marginalised segment of society is stripped of its fundamental right to vote routinely in remote parts of KP/Balochistan/Gilgit Baltistan and some parts of Punjab through male-dominated Jirgas.

We need to wake up to the reality of this grave injustice even in this age and day. Hopefully, ECP will wake up from a deep slumber and declare any election result null and void in 2018 which dares to disenfranchise 52 percent of this country’s population forcibly. Till then, Quaid’s dream will remain unrealised.

The writer is a freelance journalist and can be reachedat kardaruzma@gmail.com