A place of literature in Pakistan

Literature, whatever language it belongs to, comprises some basic mental motives i.e. development of views, clarity of perception, diversity in ideas, and flight in imagination. When these motives are fulfilled, the discrimination of language loses its ‘fake importance’ 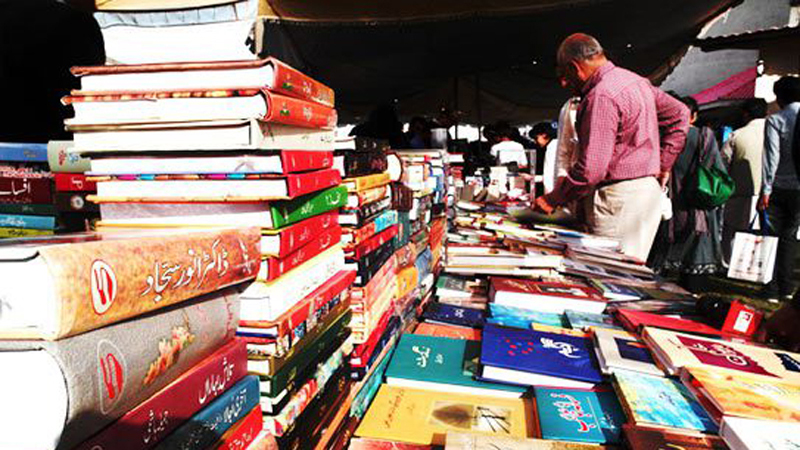 Pakistan, as compared to other nations and states, is a relatively small and young state. Here, native indigenous literature is rich in its form and art is seen to be diverse. Different native languages carry their own flavours and their literature is vast, as their origin covers thousands of years of time. Various ethnicities have produced their literatures that are a clear reflection of their very culture. However, Urdu literature is rather “modern”, as the language itself happens to originate in medieval times from a Middle Indo-Aryan language (also believed to be the mother of many other modern languages).

Urdu is greatly influenced by the Arabic and Persian languages, while 99% of verbs in Urdu language take their roots from Sanskrit and Prakrit. The people in Pakistan are mainly found to be reluctant when it comes to scrutinising the dilemmas of the literature of any foreign language. They think of it as a “fashion” to promote native literature (posting photos with Urdu poetry enclosed in captions all over social media and other activities that over-sensitise one’s love of Urdu poetry or literature, in general).

But attitudes and tones may vary when it comes to English literature (or language itself). People tend to keep a soft corner for English in their hearts (under the false umbrella of “official language”), which in my humble opinion is a hypocrisy of the Pakistani community. This attitude is a clear portrayal of mental enslavement of the then-colonised society i.e. neo-colonial mindset.

Purely based on the personal experience of my life at GCU, Lahore (also called the ‘cultural hub’ of Pakistan, as it brings together people of various ethnicities in one classroom), masses in Pakistan tend to converse in their regional languages, which is both good but bad also. By exchanging dialogues in their regional languages, people show their cultural unity; they get a sense of belonging, oneness, etc., but at the same time, this practice hampers the growth of Urdu, as it is aptly said that a language evolves through its constant use (verbal as well as in literature) over many years.

The ‘literate class’ constitutes a really small percentage of Pakistani society. But what are those parameters through which one can determine this literate class? Well, in my humble opinion, the people who value their indigenous literature and culture in the same way as they respect any foreign literature are the literate class.

The lower-strata of our society, to be honest, has nothing to do with education. Obviously, their quest of the next meal for the day holds more significance to them. Needless to say, they find it quite “eccentric” for someone to learn English. On the contrary, the elites have their minds stuck in a superiority complex of having excelled in a foreign language. As a result, they disregard local languages. Such people experience sheer embarrassment if any of their children do not communicate in English in front of their so-called high society neighbors. Ultimately, neither of them belongs to the “literate class”.

A common hypocrite in Pakistan who aspires to make progress without much effort asks why he or she would want to learn English literature in a country where their national literature is so rich. The question is valid and naturally gives rise to a certain number of other relevant questions. For example, why should one study or read any foreign literature at all? What is literature itself? What is literary art? The list goes on…

Art is the legitimate daughter of novel imagination and profound dexterity. In the case of literature, we may mould this viewpoint as the imaginative discourse of a being. Reading different literatures may ignite a flight of one’s imagination. How is it possible that all sorts of perceivable and conceivable ideas, thoughts, and imaginations are packed up into one literature? It is certainly not. Hardy’s notion of death is truly different form that of Saghar Siddiqui’s or Fyodor Dostoyevsky’s. Their craftsmanship is different. Their way of intensification is different.

Thoughts, ideas and emotions all vary from perception to perception, and perception varies from place to place, time to time, and person to person. English literature is extended over a thousand years with a humongous diversity of imaginations and sentiments since its inception to date. The trends in writing styles evolved, as one may observe a clear distinction in the texts of Anglo-Saxons and Elizabethan texts. Then the selection of genres by different writers in different temporal zones were different; this reinforced the commonly followed trend as per the era allowed. Romantics would not write revolutionary texts. Similarly, metaphysical poets would never follow the Dadaistic school of thought. Now, these facts mark the possibility of further evolution in contemporary post-modern literary texts.

But are these facts enough to convince a Pakistani to read English literature? Verily, provided that they do not formulate illogical arguments on irrational grounds. Improvisation of perception and perspective should be the goal, and when it becomes clear in one’s mind, one sees the subject of English literature as local literature, because one realises that it also propagated from the same modes.

Literature, whatever language it belongs to, comprises some basic mental motives i.e. development of views, clarity of perception, diversity in ideas, and flight in imagination. When these motives are fulfilled, the discrimination of language loses its “fake importance”.

When we read something of English literature, it may give us a different opinion e.g. the opinion of the author, and we might be forced to change our own view after extensive reading on the same topic. But unfortunately, no one even cares to have a look on these ground realities in Pakistan. English literature is read only to pass the civil services examination, or some elite class might study English literature as merely a luxury. No one is ready to understand and admit the real essence of English literature in Pakistan. We are being what we are i.e. hypocrites, more inclined towards mechanisation. Scientific research is also very important for a nation’s progress, but if all would follow science, then who would be the intellectual with a critical approach? This is where we lack. We, as a nation, only give importance to monetary benefits and wrongly believe that such benefits can be achieved only by studying medicine or engineering, while any social science or literature would bring nothing to us but shame and a waste of our time.

We, as a nation, must reconsider our priorities because when we don’t value literature, we are just giving a chance to others to make fun of us. We, as a nation, lose our self-esteem and become a laughing stock for the rest of the world. I’ve sorted out what I prioritise and that is why I opted to study English literature, and after reading my views, I hope others will also stop faking them and being hypocritical, rather view the things in a broader perspective…