Why do people have to compare two tragedies and disregard one of them, simply because they don’t think it is not ‘that significant’?

Recently, Malala Yousafzai returned to her homeland after almost six years. Malala, who was rushed to England for an immediate head surgery, has returned to her country as world’s youngest Nobel laureate. The ambitious small girl with meagre opportunities in her Swat valley has now attended meetings held at UN assembly, refugee camps, and countless other places around the world. She has been to far-flung areas to promote her cause for education. With her donations and support, schools have been built in Gaza, Pakistan, India, Afghanistan and refugee camps.

But it seems that this is not enough for her fellow countrymen to appreciate and take pride in her; they are doing the opposite of it. Instead of owning her and salvaging their reputation internationally, Pakistanis are churning out conspiracy theories to malign Malala. How can a nation be that unfortunate?

Instead of owning her and salvaging their reputation internationally, Pakistanis are churning out conspiracy theories to malign Malala. How can a nation be this unfortunate?

So I will attempt to break down common arguments against her and prove she truly is a remarkable person Pakistan should be proud of.

“She did nothing to win the Nobel Prize”

This is an oft-repeated argument.  By saying that she did nothing to deserve the Nobel Prize, people are discrediting all the honourable people who have received it in the past. Malala Yousafzai has accomplished a lot in her young life. Among her achievements are secondary education projects in Pakistan, Afghanistan, India, Nigeria and Syrian refugee camps in Jordan, Lebanon and Turkey which she personally visits and is involved in. She has fundraised for girls’ education by starting a global movement through campaigns like #booksnotbullets and speaking on global platforms. Even more remarkable is that she has done all of this and more while studying in school. 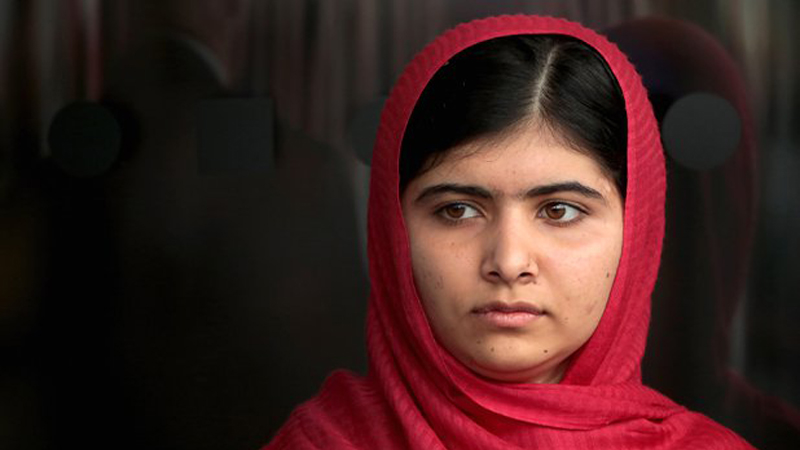 “Her father planned all this”

This is by the far the most far-fetched theory against Malala Yousafzai. Even if you could wrap your mind around the fact that a father would go and tell the Taliban to shoot his daughter in the face, the theory still doesn’t add up. The Taliban intended to kill her. It was Allah that intervened and gave her life. If she had died from the supposed gunshot her father had planned, what then? What would he have gained from the tragedy? It is a well-documented fact that her father was already campaigning for education well before the incident and was on the Taliban’s hit list for this very reason. This is not something that he started only after she was shot.

“Why is she getting attention and not the APS kids?”

I think this is one of saddest things ever said about her. Why do people have to compare two tragedies and disregard one of them simply because they don’t think it is not ‘that significant’?  We should never compare tragedies and look at them though the same prism with sensitivity.  Every tragedy is usually met with pathetic biased reactions and narrow-minded approach to it. People start comparing it with other tragedies and tout it as a political tool.  If you or anybody you know has been threatened, you would know how quickly your mouth closes when your life is in danger. It is only the bravest among us who still keep the voice loud and speak their heart on the face of threats to their life. Malala Yousafzai is one of them, people admire her for that, and that is why she is getting attention.

“Why doesn’t she live in Pakistan? The Taliban are gone.”

No, they are not. Though the number of incidents has dramatically gone down, it must be kept in mind that the Taliban are still around. We still hear of shootings and bombings on the news in Balochistan and the Frontier. The Taliban have repeatedly said they will finish the job they started. So shouldn’t Malala live in a safe environment where she can grow up and finish school without worrying about the Taliban coming after her at any given moment? Doesn’t she deserve a protected environment and a peaceful life?

“Malala and her father are American agents.”

If you ask somebody why they think Malala is an American agent, they say it’s because it’s not possible for a young girl from Swat to have an impact like hers. The very fact that she has achieved so much in a short time and despite coming from humble beginnings is the remark ability of Malala Yousafzai. We shouldn’t belittle her achievements and make up stories based on zero evidence to tear down success. She is not in politics nor does her father hold an important position, so her being an “American agent” makes no sense as she is not privy to information or power that another country would want access to.

The writer is a freelance writer and marketing manager based in Peshawar, and am an MBA graduate of University of Peshawar