Is Pakistan internally strong? What is our diplomatic strength in the world capitals?

Internal strength of a country protects itself from any external threat. And that strength comes only if a nation finds a common ground to unite on the face of both external and internal tormenters.

In such a situation, a governmental policy, buttressed with popular backing of the masses, hardly flops. Iran is an example. Tehran has been sustaining the international pressure mainly spearheaded by America ever since Islamic Revolution (1979) led by Ayatollah Khomeini overthrew pro-America regime of King Reza Shah Pahlavi.

National cohesion certainly did as unconquerable internal vigour for Iranians denying opportunity to external forces to dent their homeland. Though Tehran has been experiencing small jolts from time to time mostly engineered from outside Iran like recently staged outburst by a group of people against the government yet national unity mainly prevailed as rampart. Does Pakistan have the required paraphernalia to withstand the looming large onslaught America intends to unleash?

Is Pakistan strong within? What is our diplomatic strength in the world capitals? Recent diplomatic ping-pong between Moscow and London started after Britain suspected that Russian sleuths allegedly attacked Sergei Skripal, a former Russian double agent and his daughter Yulia with a nerve gas agent in Salisbury city of Britain. The ongoing reverberation emanating almost from entire Europe including America favouring British’s stance is the classic example of a successful unity in several nations certainly driven by their dovetailing national interest. It is the unity and common ground doing well for Britain.

But Pakistan has a bit different story when it comes to national cohesion or a robust foreign policy. Notwithstanding Pakistan’s small vulnerabilities that perhaps remain embedded in every country, this nation experienced hard times in the past. Cold war and post-cold war era with concomitant jolts shook social structure, spoiled our benign religious mindset and then Pakistan’s pursuit for acquisition of nuclear weapons met with strict sanctions — these were not small vicissitudes of time Pakistani nation boldly faced. 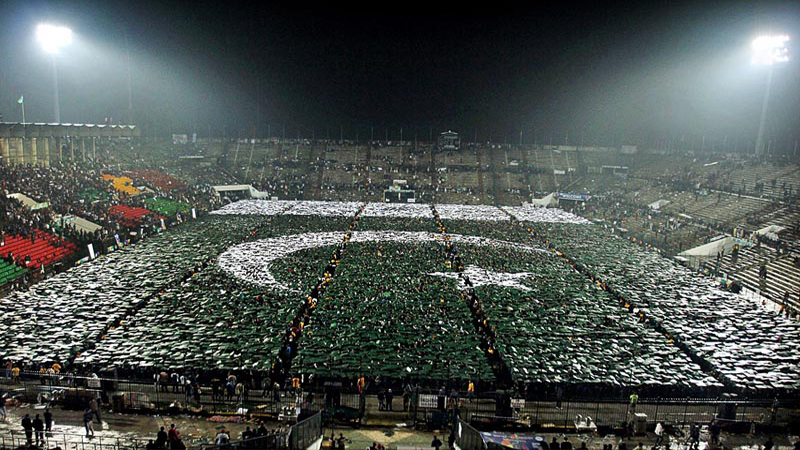 President Donald Trump’s August last year speech enunciating a marked ‘policy shift’ on South Asia bringing India, the adversary of Pakistan to America’s lap put Pakistan in discomfort. Anti-Pakistan rant did not stop here. Rather mercurial American President went ahead accusing Pakistan being complicit with trouble makers in Afghanistan. Thus followed the military aid cut to Pakistan and much is apprehended to follow in time to come.

Chinese crutches can be banked upon but there is need to develop a ‘national consensus’ so that Pakistani nation stands apprised and sensitised with regard to discomfort ahead due to hard decisions America is expected to make against Pakistan. To sustain such pressure ‘nation’ is required to be at peace within.

The ongoing political ‘wheeling and dealing’ and connected polarisation followed by politicians’ barbs against each other is unlikely to be helpful for gathering and preparing people to develop resilience against the looming hard times ahead. Masses generally repose confidence on government when it is ameliorative for them but here administrative and institutional response to peoples’ problems has been missing: education, health, water, sanitation, dispute resolution and other issues galore causing mental agony to people.

Agitated public being beleaguered within is to remain indecisive and susceptible to hostile exploitation. Hostile elements would try to over-stretch Pakistan by creating financial problems and stirring sectarian, communal, lingual and other muddle. The sagging areas are to be of their interest to capitalise. Presently, India is being used to mount pressure on Pakistan as she (India) is indulging in chauvinism and war-mongering against Pakistan.

Repeated violation of LoC (Line of Control), working boundary and harassment to Pakistani diplomatic staff in New Delhi seems to be part of a larger plan. To frustrate hostile schemes there is need to end the political polarisation and develop consensus on the issues. Politicians must sacrifice their narrow political interests and sink their differences. With this the public confidence is to float back. Masses are presently feeling left out as not even the small social services are ensured for them. Beset with such worries an unsettled mind would remain vulnerable to exploitive jolts.

Religious rights’ remonstration witnessed last year appears to have done erosive to public faith in governmental writ. The same segment’s sabre-rattling appears to be in the offing any time soon again as the case of ‘Faizabad sit-in’ is being heard by the apex court. The ongoing political melee particularly in urban Sindh bodes nothing well. Political polemics dragging rival parties to the extent that reactive hatred is generated in the followers of rival camps is not a good omen..

Pakistan has a bit different story when it comes to national cohesion or a robust foreign policy. Notwithstanding Pakistan’s small vulnerabilities that perhaps remain embedded in every country; this nation has experienced hard times in the past. Cold war and post-Cold War era with concomitant jolts shook social structure, spoiled our benign religious mindset and then Pakistan’s pursuit for acquisition of nuclear weapons met with strict sanctions

There is a need to make efforts to coalesce people of all hue together. Political and religious leaders, social activists, writers, analysts and think tanks have a responsibility to make people realise the significance of the ‘national unity’ which can strengthen them to stand against the foreboding actions of a superpower. Pakistani nation’s vocabulary unfortunately stands added with the words: terror, militant, bomb, kill, capture, wounded etc. This happened due to our decades’ long alliance with USA when the world was bipolar. Pakistan had stood with America through thick and thin but now Islamabad is jettisoned by Washington. It is the ‘national interest permanent in the relations of countries and not the mere fleeting friendship.

Foreign powers usually make subtle attempts to acquire manipulative niche either within the governance structure of countries or patronise and win over certain people whose influence has the desired impact to serve their vested interests. Political parties being supervised from abroad, Pakistani expatriates and Diasporas with meddlesome attitude, alumni associations etc are usually the preferred nucleus to do hostile elements’ bidding. It should be the nation’s ‘collective determination’ to battle against the disruptive designs.

Writer is freelance contributor. He blogs at https://malibaloch.wordpress.com/ twitter @M_Abaloch