Migration, mobility between social classes, Islamic fundamentalism, and the relationship between East and the West are the terrain Mohsin Hamid expertly explores in his novels and essays. His new novel Exit West is a powerful and moving account of a young couple, from an unnamed besieged country, fleeing to the West. The story barely touches on the physical hardship of migration but vastly explores their internal emotional voyage. Like Reluctant Fundamentalist, Hamid’s earlier novel, the characters move between continents but unlike it, in Exit West, they move from East to West. Hamid rejects the popular nativism and xenophobia current in the West as he writes, “we are all migrants through time.”

Hamid is undoubtedly, the most well-known, contemporary English-language Pakistani novelist. The launching of Exit Wes has made big ripples in literary circles of the United States. Favorable reviews of the book have appeared in all major US newspapers including the NY Times, New Yorker and the Washington Post. America’s leading book reviewer, Terry Gross on National Public Radio, conducted a long interview with Hamid. He is currently traveling the country to promote the book. Last week he was the guest speaker at the historic Philadelphia Free Library. At a later book reading and discussion at the prestigious bookstore Politics and Promise in Washington D.C., 200 people crowded the aisles to hear him. 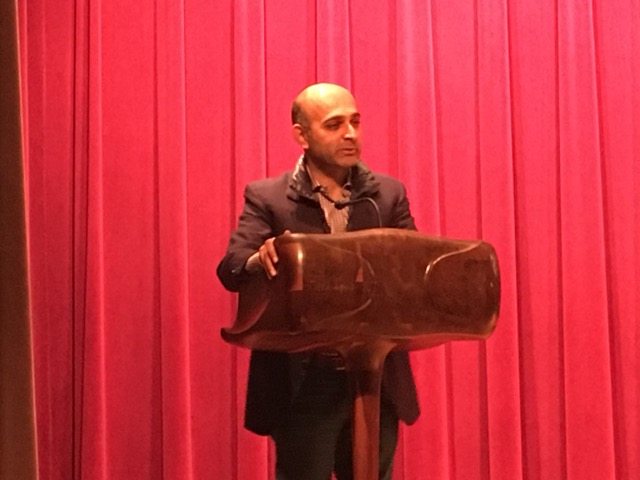 There was no similar event scheduled in the Connecticut and neighbouring Rhode Island area where I live and I could not attend his scheduled readings at Harvard Bookstore in Boston or Green Light Bookstore in Brooklyn, I had to drive a longer distance to attend his talk in South Hadley, MA. This small town is in the hills of Western Massachusetts, surrounded by many liberal arts colleges. Odyssey Bookstore in the town is an independent store that survives in the age of Amazon and provides a space for stimulating conversation. The temperature outside was fifteen degrees below freezing point but Hamid’s lively discussion kept hearts and minds inside the store warm. Like everywhere else, the attendance was more than the sitting space allowed; people sat on the floors or stood in the aisles to listen to the book reading.

The book starts, in a city swollen by refugees but still mostly at peace, or at least not yet openly at war, a young man met a young woman in a classroom and did not speak to her.’ It makes the reader wonder if Hamid was thinking of Lahore, the setting of his previous works and which in recent years has been hard hit by terrorism. But soon it begins to look like Aleppo or Mosul. In the interview on National Public Radio, Hamid told, “It begins in a city which is a lot like Lahore where I live… I just couldn’t bring myself to write the collapse of a city like Lahore. I just didn’t have the heart to write it.” 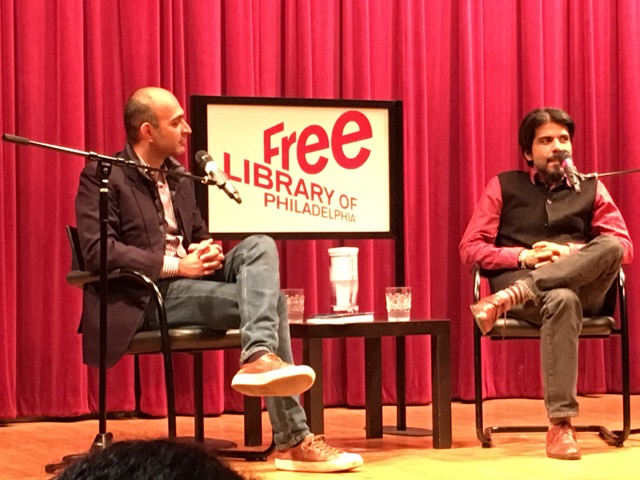 A young couple, Saeed and Nadia, fall in love as the terrorists took charge of the unnamed city. Nadia is a liberal, secular, independent woman who lives alone, rides a motorcycle, uses weed and psychedelic mushrooms, and wears an all-concealing black robe. Saeed, in contrast, is a spiritual person, performs basic religious rites and feels responsibility for taking care of his elderly parents. At times, he shuns intimate advances from Nadia. Hamid writes, ‘online there was sex and security and plenty and glamour’ and in this digital way the couple contacted each other as the city crumbled and neighbourhood after neighbourhood slipped out of government hands. 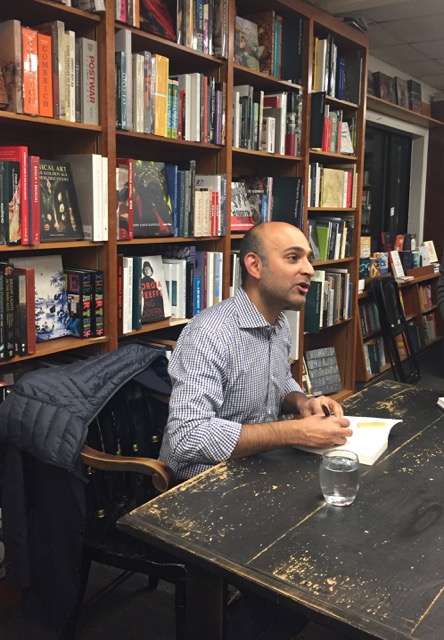 They decide to flee the country through the ‘doors’, a magical literary device Hamid has constructed for movement. They decide to enter the door, leaving Saeed’s father behind, and begin their journey as refugees to Mykonos, London, and Marin County. Hamid is more interested in their experience as migrants and the internal changes that immigration brings.

‘When we migrate, we murder from our lives those we leave behind.’

Saeed and Nadia, who are very protective of each other, spend more time in physical proximity than ever before but as time passes, they start to drift apart, their internal voyages continuing in different dimensions. ‘The faces and building had changed but the basic reality of their predicament has not.’ In the novel, political and romantic aspects of life are mutually reinforcing.

Hamid’s own experiences as an immigrant, living and working in three continents provide him fertile ground for creativity. Over the years, there has been a journey in the author’s thought process as well. In the post-9/11c world of the Reluctant Fundamentalist, a newly radicalised Muslim travels from New York to Lahore, showing his discontent with western civilisation. Hamid, in this new work, believes in one civilisation of humanity, which does not have walls, open to all, undergoing a universal transition. He takes critical jabs at native norms and considers them a relative term – everyone, he writes, is in transition. Even when we do not move, we immigrate to a new place as our surroundings, neighbourhoods and cities change.

It is ironic the novel is being published in Pakistan when doors are being closed on Afghan refugees, Pakistan’s western border is sealed, racial profiling of Pashtuns is being used in Hamid’s own native city of Lahore. While he is a part of a global movement seeking assimilation and integration, the policies of his local government rejects his ideology of one human civilisation. 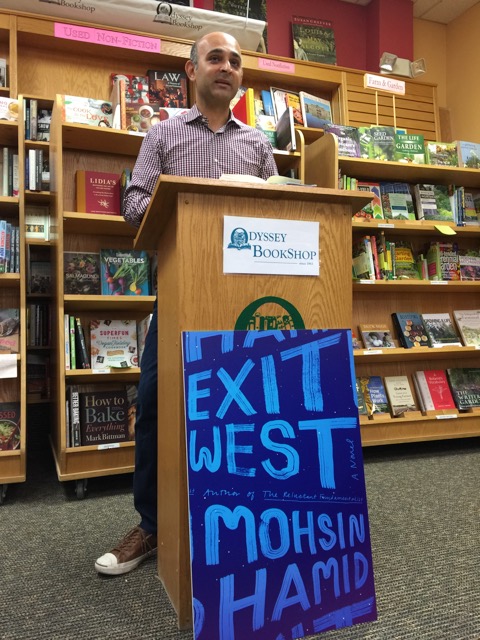 The novel is both daunting and beautiful with an absorbing story in which there is a constant movement between physical, psychological, social and political space. The sense of hope and optimism keeps the story alive. Hamid provides space and substance to the reader for an imaginative play and new doors keep opening in mind of the reader as the story progresses.

The writer is working as a child and adolescent psychiatrist in Connecticut, USA. He is a marathon runner and his interests include art, culture, gender, human rights, mental health, and education.