Pakistan needs an out of the box solution, an innovative diplomatic move that allows it to maintain relations with both sides without facing any existential threats

Pakistan did not choose to align with the Soviet Union when the US was struggling to prevent the spread of communism, but it has chosen Russia when the US — along with the UK and others — is imposing sanctions on the Kremlin.

Among other things, the country joined the US bloc for existential reasons — for economic and military assistance and to secure backing over the Kashmir dispute — and it is getting out of the US bloc for the same reasons. Back then it needed arms and money to defend itself from India and now it longs for a strategic depth into Afghanistan to make sure its continuous safety. 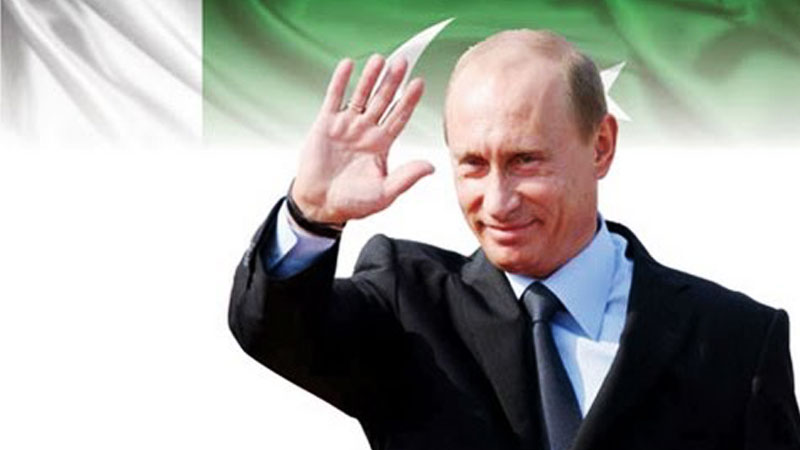 The transition from fighting against Stalin’s Socialist Soviet Union to befriending Putin’s capitalist Russia and from containing the past’s communist regime to cooperating with today’s corporate regime is unprecedented.

Therefore, it is important that how Pakistan and Russia are extending their cooperation but it is also important that how the two nations are seeing the changing relationship. Though for most people in Russia, Pakistan is yet another country out of several STANS in Asia, however, for many Pakistanis the case is different. Pakistan had both people who fantasised Russia, the Soviet Union, and those who loathed it and dislike to date. Will Pakistan be able to convert this hatred into love or at least will be capable of stopping it from getting a violent shape? If manufacturing an anti-Russia consent took the country decades, manufacturing a pro-Russia consent will also be time taking and won’t come easily.

India’s growing cooperation and Pakistan’s strained relations with the US has pushed Islamabad further towards Beijing and a bit towards Moscow. The diverging interests of Islamabad and Washington in Afghanistan on the future of the so-called graveyard of empires have distant the two historical allies and partners of the war against terror.

One good way for Pakistan to play smart in the upcoming new Cold War could be adopting a low profile and maintaining relative neutrality like India did in the old Cold War between USSR and the US. Another way out could be mimicking China in every diplomatic move till the new Cold War ends or converts into a full-fledged war

Though it is not an alternative to what Pakistan has achieved and could have achieved by being in good relations with the US, China Pakistan Economic Corridor (CPEC) has given a new hope to the country’s military and political leadership. On the other hand, Russia’s involvement in Afghanistan gave it another player who has competing interests with the US. Russia’s alleged support of the Taliban — possibly to force the US withdrawal from Afghanistan and containment of the Islamic State of Khorassan, Islamic State’s (ISIS) Afghanistan branch — has converged the interests of the two countries.

The Kremlin’s growing participation in international politics has already brought a number of changes in today’s world and will bring more. Whether it is the country’s military involvement in Syria to fight ISIS and defend Bashar-ul-Asad’s regime or its support for the Taliban in Afghanistan to force the US withdrawal from its bordering country — from where it poses a continuous threat to Moscow — has made the Russia once again a significant player to be with or not to be with.

However, among other things, Russia’s alleged meddling in the 2016 US presidential elections and a recent alleged killing of a former Soviet and Russian spy in the UK has earned it more sanctions and widespread international pressure. Putin’s victory in Russian presidential elections is yet another offensive development for the US, the UK and their friends. In all this, when Russia’s relationship with the US and UK are at a historical low and the country is on its way to face further hardships both economic and political, Pakistan comes to a tight spot.

What to do, how to choose a side? Islamabad’s cooperation with Moscow when Washington and London both would be forcing for boycott Russia will defiantly offend them. Whereas, a boycott like all other European-US allies could squander the country’s big-time opportunity to finally get out of the US influence.

Pakistan has to have an out of the box solution, an innovative diplomatic move that could keep both sides without facing any existential threats. But that’s not easy at all.

One good way for Pakistan to play smart in the upcoming new Cold War could be adopting a low profile and maintaining relative neutrality like India did in the old Cold War between USSR and the US. Another way out could be mimicking China in every diplomatic move till the new Cold War ends or convert into a full-fledged war. At that time and only that time, Pakistan needs to be decisive in its role.

A premature, short-sighted and miscalculated move could hurt Islamabad’s interests at home and abroad. No matter how easy it looks, getting out of the US league is not easy for Pakistan. Similarly, befriending Putin’s Russia, no matter how simple it looks, will have implications for Pakistan both at home and abroad. Taking a side is always easy, keeping it is hard, and switching it is even harder.

The writer is a freelance journalist and PhD Scholar at National University of Modern Languages Islamabad. He can be reached at imrankhushaalraja@gmail.com