The dangers of denying the downsides to globalisation 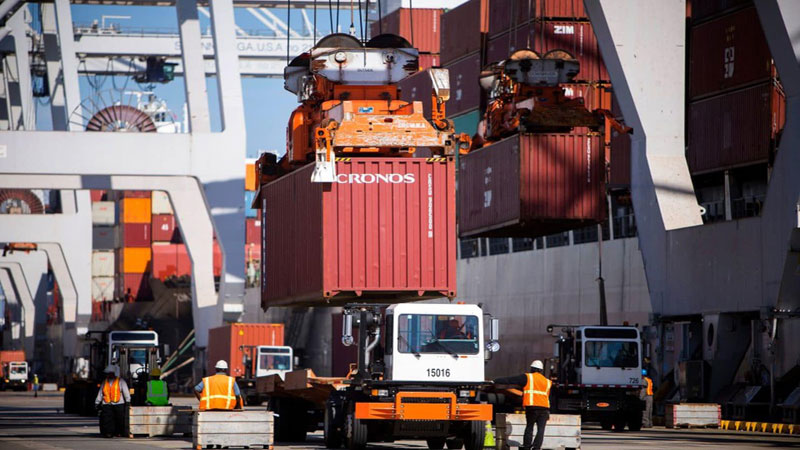 President Trump’s tariffs are upsetting on at least three levels.

First, although exemptions will dampen their negative effect, they are bad policy. Second, they are a frightening reminder that any human barriers between Trump’s instincts and economic policy is weakening. Third, the establishment’s reaction to them is a reminder that too many powerful people remain mired in the status quo that helped get us into this mess.

On the policy, the simple reality is that because there are so many more jobs in which steel and aluminum are inputs rather than outputs, the tariffs could end up hurting more workers than they will help. Also, retaliation.

On the absence of insulation from Trump’s worst ideas and prejudices, congressional Republicans revealed, early on, their unwillingness to buck their leader, regardless of whether he was implicitly endorsing violent white supremacy, fiscal falsehoods or scattershot tariffs. If anything, their cowardice only appears to be growing.

But it is the third aspect on which I’d like to focus today: the ongoing status quo bias, particularly regarding trade policy. This denial not only helped deliver Trump unto us in the first place. Now, the tariff debate reveals that the D.C. punditry still resist updating their long-held denial of the downsides of globalization. In so doing, they ironically exacerbate the risk to globalization’s future.

Trade and globalization often pose a riddle to outsiders who observe this debate: Elites love it, but for everyone else – well, it’s complicated.

Simply put, most working-class Americans like trade’s price effects and dislike its wage effects. They like everyday low prices – but everyday low wages, not so much. To be clear, trade is but one among many forces putting downward pressure on the wages of those in certain sectors (which then spills over to other sectors), but most elites heavily discount the negatives.

To be clear, like most economists, I believe those benefits in the aggregate outweigh the costs. But that is where much nuance is warranted.

The main reason for the benefits of trade is that when countries specialize in producing the things they do best, they can enrich themselves and their trading partners. This result (“comparative advantage”) holds even if country A is more efficient than country B at producing both steel and corn. If, relative to us, Mexico has to give up more corn to produce more steel, we will both end up better off if we sell them corn and they sell us steel.

That is broadly true and the source of much global growth. But it does not for a moment speak to the question of winners and losers. Another widely accepted trade theory – the Stolper-Samuelson model – predicts unequivocally, and common sensibly, that the workers in sectors that compete with imports will face lower earnings.

As trade economist Dani Rodrik recently wrote (his italics), Stolper-Samuelson “predicts that low-skilled workers are unambiguously worse off as a result of trade liberalization.” Rodrik stresses that this result – that increased trade creates losers – is not a special case of this particular model. “It is the implication of a very large variety of models … redistribution is the flip side of the gains from trade. No pain, no gain. This is standard economic fare – familiar to all trade economists … even if not voiced too loudly in the public.”

Instead, those in power justify their denial by maintaining beliefs like these:

n “Since we’re almost always at full employment, anyone displaced by trade will soon get another great job.” First, we’ve been at full employment only about 30 percent of the time since 1980. Second, a non-college-educated worker displaced from a high-value-added, union job is very likely to end up worse off.

n “Since trade generates net gains, the winners will compensate the losers and still come out ahead.” Except for not only do the winners fail to do so, they use their winnings to buy the politicians and policies to further protect and enhance their winnings.

n Ignoring “place effects,” in that those hurt by globalization are often geographically concentrated. As we’ve seen, this one has, um, some challenging political implications.

n Downplaying the way some of our trading partners have managed their exchange rates in ways that boost our trade deficit and destabilize our financial markets.

Of course, we’ve seen all of that – though again, unbalanced trade is but one factor. For example, union coverage was declining before trade took off.

Usefully, the wrong assumptions ticked off above show the way forward. On behalf of all workers, not just those displaced by trade, we must press for full employment to create upward pressure on wages. Winners must compensate losers (we have a Trade Adjustment Assistance program, but it reaches too few workers, and its benefits are paltry), which implies the need to quickly repeal and replace Trump’s efforts at upward redistribution through the tax code. We must target left-behind places with direct job-creation programs; we must write trade deals that enforce disciplines against trading partners seeking unfair advantage through currency management (Dean Baker and I had more to say about this agenda recently on this page). But before we can do all that, and before it’s too late, on behalf of at least globalization, if not democracy itself, we must shake off the status quo bias.