No harm in heating your own food, men 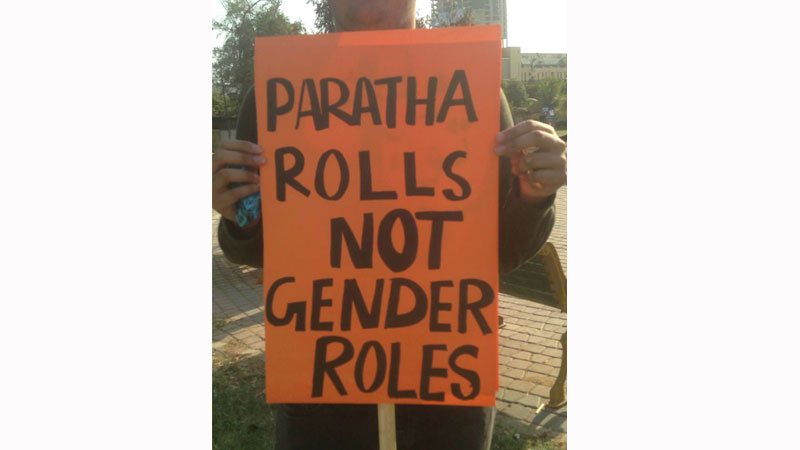 Feminist activities in Pakistan have always caused a backlash. People would target and ridicule the women for coming forward and claiming their rights. We might have grown out of certain things but certainly not out of this trend of ridiculing. The recent Women March held in Karachi in connection with International Women Day in Pakistan has initiated a war, especially on social media. The slogan that initiated this war said and demanded something extremely ordinarily extraordinary. The slogan said, “Khud Khana Garam Krlo” (heat your own food).

This slogan does not in any way harm the feminism cause. People are accusing feminists of deviating from their own path and hence forgetting the real purpose of feminism. First of all, dare I question, who decides this path that feminists need to follow? Men who cannot even heat their own food? Or a father who would kill his 12 year daughter for not making ‘gol rottis’ (round bread)? Instead of finding it deviating, I find this slogan heartbreaking. For me, it represents the helplessness of a female who is expected, without any exceptions, to serve others.

Heating your own food implies equality on very basic levels. It might not indulge in international schemes of feminism and gender equality but it asks for equality in routine life

To absorb this slogan, we need to understand the context of feminism. We are unmatchable in picking stuff out of its context and mold it in accordance with our own perspective. Unfortunately, the context of feminism in Pakistan is not something that we can feel proud of. Whereas the feminist from all around the world are fighting for equality in every imaginable field of existence, we still cannot escape the vicious walls of kitchen. 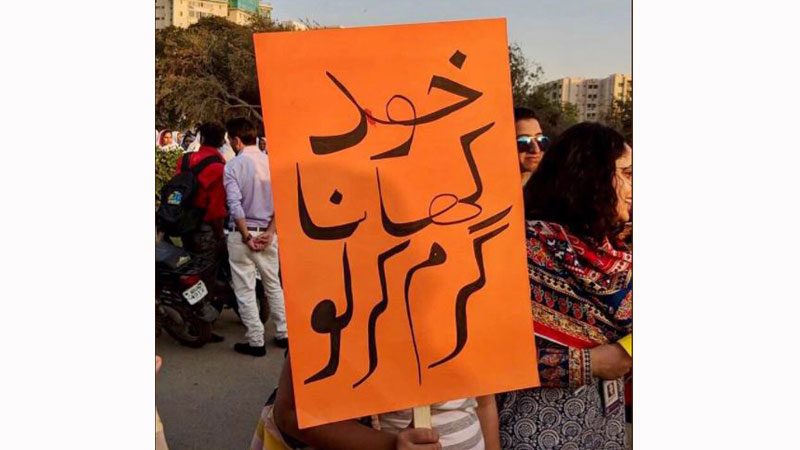 The slogan has not only enraged the men for whom stepping into kitchen is the gravest of all interest, but also women. The women, who are apparently disappointed with this ‘disoriented’ feminism, cannot really relate to the struggle of the burden. We get impressed by radical and liberal feminists, talking about their grand plans to change the world but fail to recognise the present demise that these women are facing in Pakistan. We come from a country where, unfortunately, the life of a woman costs nothing. The slogan speaks against objectification and comodification of women. It speaks against all those stereotypes attached to women, hindering them from progressing. A woman is not born to serve you; to heat your food so that you can enjoy it.

Heating your own food implies equality on very basic levels. It might not indulge in international schemes of feminism and gender equality but it asks for equality in routine life. Gender equality is not specific to sports, education and professional sector but it also applies to domestic domain.