Is PPP on the right side of the history?

By a margin of more than ten votes, the combined opposition’s candidates have been elected as the Senate Chairman and Deputy Chairman respectively. Despite being the single largest party, PML (N) could not muster the required number of votes.

The election result has reconfirmed that there are forces that are bent upon ensuring that the ruling party is damaged to such an extent that it becomes extremely difficult for it to win in 2018 elections.

Yes, sceptics may still try to give spins. Some will say that Zia’s opening batsman has been defeated and Balochistan, a much-neglected province has finally been properly acknowledged. Some who are honest enough to acknowledge some ‘outside’ influence will try to justify the recent developments by pointing that the ruling party is also by no stretch of the imagination, an embodiment of democratic norms and is actually reaping which it had sown for others.

They will remind you of Nawaz Sharif’s long history of undermining his opponents by using nondemocratic channels, of his stubbornness and ego, as well as his ability to create so many enemies.

Sceptics are both right and wrong.

It is important for Bilawal to take charge of PPP as the party is currently playing the same role which PML(N) played in the 1990s and PTI has been playing since 2011. Realpolitik is important, but at the same time, there is much more at stake than merely coming into power

They are completely wrong when they try to give a normative spin to this. This election or rather a selection has nothing to do with compensating Balochistan. Yes, the elected chairman is from Balochistan, but this is nothing but a facade to give good optics to something which is completely wrong.  When Balochistan government was brought down a few months ago through suspicious means, it became evident that something of this nature would be adopted.

The very fact that PTI and PPP have joined hands with each other- despite Imran’s claim that he would never shake hands with Zardari-is a clear indication of the way this was engineered. Since it was difficult for Imran to be in open alliance with PPP, therefore this strategy of bringing in Balochistan Chief Minister and making a little-known politician from the province as the candidate was adopted. We are deluding ourselves if we refuse to acknowledge the obvious reality. 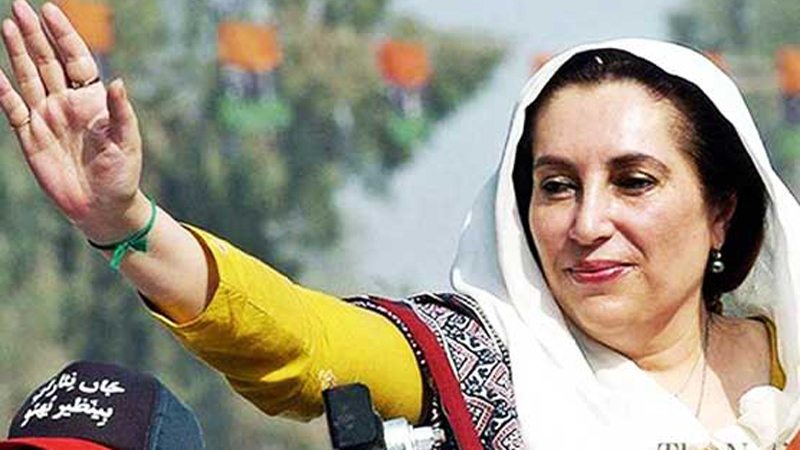 They are right when they point towards PML (N)’s history, both distant and recent. While there is absolutely no doubt regarding PML (N)’s dissolute political behaviour in the late 1980s and the entire decade of 1990s, its recent behaviour also puts a severe question mark on its democratic credentials.

Today, PML (N) complains of selective judicial activism targeted against it but was perfectly ok when the same was directed against PPP. We still, remember the image of Nawaz Sharif, wearing a suit and going to Supreme Court, in late 2011, during that infamous Memogate scandal. We also remember his refusal to repeal the controversial Articles 62 and 63. We also remember his delight when PPP Premier, Yousaf Raza Gillani was removed by Supreme Court through the same process which was subsequently used to remove him.

Nawaz Sharif is normatively correct to complain about the way state institutions are misused, but he conveniently forgets, that he has often been the willing partner, whenever it suited him.

But should we just accept what has happened as ‘justice’?

The problem with this way of thinking is that it justifies what normatively cannot be justified. First, what Nawaz Sharif has done in recent times is not unique as literally, all parties have indulged in this self-cantered behaviour.

Second, whenever, an elected Prime Minister is dislodged, or obstacles are created for a ruling party through undemocratic means, the democratic project is weakened. Moreover, the success of such methods, also forces politicians to change their decision-making calculus and increasingly look for such opportunities instead of trying to win public support. The basic difference between democracy and autocracy is that the former relies on winning popular mandate; therefore, when the political class starts looking for ‘other’ methods, the distinction between the two is blurred.

Moreover, once politicians start adopting such methods, these become institutionalized and entrenched, creating a path dependent pattern from which deviation is extremely difficult. Worse, in the process, certain unelected institutions, become extremely powerful as they are constantly resorted to for adjudication and decision-making.

In fact, this is what has happened in Pakistan in the recent years. Despite the fact that Pakistan became an electoral democracy in 2008, our politicians have increasingly used ‘other’ ways instead of public support to defeat their opponents. Now this problem has become extremely pervasive as even little matters are being taken to courts. In the entire process, the judiciary is becoming invariably politicized, a warning which the outgoing Senator, Farhatullah Babar, also gave in his valiant speech.

This is unfortunate that today PPP — which in Pakistan’s context is perhaps the most liberal and democratic political party- is also playing a negative role. The manner PPP contested the Senate elections and was involved in the subsequent election of Senate top posts is unfortunate. Furthermore, its treatment of Raza Rabbani and Farhatullah Babar is also regrettable.

Some will try to justify PPP’s stance as being pragmatic given the situation that it needs to wrestle back its lost ground in Punjab and KP. However, at the same time, the way it is conducting itself is merely damaging it in the longer run. Its own future long-term prospects are weakened if the democracy is weakened. It is right now on the wrong side of the history and I hope that it realizes its mistake soon.

Bilawal is a liberal at heart, and it is important for him to start taking charge of the party as right now, PPP is playing the same role which PML (N) used to play in the 1990s and PTI has played since 2011. Yes, realpolitik is important but at the same time, there is much more at stake than merely coming into power.