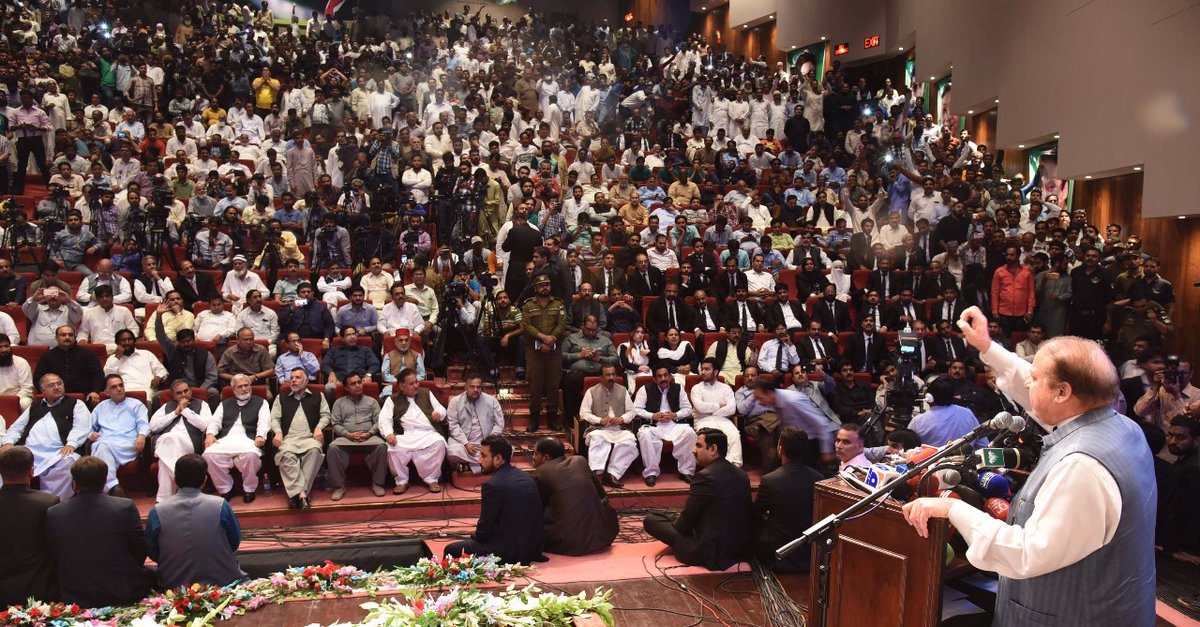 Senate elections have concluded and the bitterly contested slot of Chairman of Senate has been resolved too. A little known politician from Chaghi district of Balochistan has earned the honour to head the Upper House. The well-known names and supposedly top contenders, Raza Rabbani, Parvaiz Rashid didn’t earn the nod of their respective parties, to become candidates. The most uncomfortable situation is on display here. Apparently the PTI-PPP coalition won the chairman and deputy chairman positions but there is some ambivalence in the air, as exactly who won these elections and where the felicitation notes should be addressed. Both PPP and PTI are considering their-selves as the victorious separately, but the tone suggests that each one of them thinks that they have tricked the other. Never before did such a queer situation arise. But reality remains that an independent carried the day in the presence of three prominent political parties. These are the ways of democracies that are perpetually kept in the institutional day-care.

If we try to explore these and other developments in retrospect, we need to snap back in the summer of last year when, the then Prime Minister, Nawaz Sharif was deposed from power following a now well-known and over analyzed Supreme Court judgment. The events in the aftermath of that decision set a momentum, where we saw the emergence of an apparently bellicose but a defiant Nawaz Sharif who instead of choosing to sit in a corner and sulk, decided to galvanize the public opinion with a mercy plea to the public, the famous “Mujhe kyon Nikala” (“Why I was evicted out of my office”). It worked for him too! The massive rallies he pulled through, enhanced his stature as a popular political personality. But during this course, he was pointing figure vaguely. Essentially, he would address the Supreme Court in implied and sometime direct meanings, but the image he and his firebrand daughter were painting of Supreme Court was as a façade of country’s powerful establishment. And it goes without saying, the state institutions were not pleased nor prepared for this sort of reaction. Because in the fragile democratic history of the country, where average lifetime of elected PMs was always cut-short, since eternity. But in each of those occurrences, the aggrieved party (read any deposed PM), would go for a recourse to the apex judiciary. But situation was different this time, as Nawaz was ousted by the judiciary in the first place.

Just that it was not enough. His party PML-N decided to add insult to the injury by enacting and then hurriedly passing a constitutional amendment that was specifically aimed at restoring the lost glory of its leader, by enabling him to head the party, thus virtually making him as powerful as he was as PM. His PM heir apparent, Abbasi, also didn’t hide his allegiance to his leader. It was an awkward situation for the state institutions where they originally perceived a disintegration and factionalism among the ranks of PML-N but situation turned out to be totally otherwise. The party stood firm on its ground except some instances of tantrums thrown by their former top kitchen cabinet leader, Chaudhry Nisar. And that led to the former’s immediate fall from grace. His credentials always had some question marks, even when everything was going smooth. Other than that, party stood firm.

It would be interesting to note that historically, PML-N was always criticized by its opponents as a band of gold-diggers cobbled together by the expediency of 90s’ establishment to counter the sheer political prowess of the then Pakistan People’s Party and thus sans any ideology or commitment where it could rally around. But it was serious underestimation in 2017-18. It is still hard to throw the title of ideologue party for PML-N, but sometime, it is not the past baggage that defines the new destinations, rather the new overtures in the right direction determines the new labelling. And to stay fair to PML-N, did all the right things. Their protests against deposing of their PM simply cannot be brushed aside as catharsis. Actually, their narrative has solid substance. And it is this simple, why different yardsticks are used to measure up the performance and forgiveness to elected and non-elected governments is used? No matter what but under the rubble of all the noise against NS in media, though for time being intentionally ignored, this question would remain there.

In a Pakistan only, exclusive, political landscape, the word revolutionary shouldn’t be confused with any grand design or radical change wielding ideals. It rather points to the alignment of political agenda with or against what is defined by the powerful establishment of the country. Those who see eye to eye with it, safely land in the status quo camp and others who deviate, brand their-self as revolutionary.

If we take a recess from the history of the events that led to here and focus on present. We certainly need to concede that this is election year, and temperatures are on the rise. There is too much out there for grabs. These are the ways of politics but lately a unique shade that has entered the political scene is the shifting of tectonic plates that defines the revolutionaries and status quo peddlers. The overtures of erstwhile parties and political forces considered revolutionaries can be seen redefining their roles. In a Pakistan only, exclusive, political landscape, the word revolutionary shouldn’t be confused with any grand design or radical change wielding ideals. It rather points to the alignment of political agenda with or against what is defined by the powerful establishment of the country. Those who see eye to eye with it, safely land in the status quo camp and others who deviate, brand their-self as revolutionary. In this backdrop, the major shift, as mentioned earlier, is the political battlefield of the Punjab, a province that has hitherto been always on the ‘right-side’ of the ideals as defined by the powerful state-institutions. In this largest power make or break province, now cracks can be seen here following the judicial fixation on Muslim League of Nawaz Sharif. It is emerging as new bastion of paving agitation grounds, even if not the pro-democracy movements. Quite unheard of previously.

And no doubt, Nawaz Sharif’s resume is the weakest to defend among the democratic class in Pakistan, until recently at least. He simply carries too many recesses in his credentials with plenty of loopholes, even when he played/acted as a democrat. From his genesis as a politician and towards his march to the glory, apparently, he is simply the weakest candidate to vouch for, on all accounts. And interestingly he never sought defence from anybody nor would anyone have attempted to defend his political integrity profile. Until now, he has never been taken seriously to brand him formidable and nobody flipped the leaf corner that carried any mention of Nawaz Sharif and his association with democracy or democratic norms. But things are now taking an interesting turn that fields him at the centre of the pitch where the future of democracy and the ownership for real power to govern the masses, is shaping up.

In the immediate follow-up, technically-disqualified Nawaz Sharif in his public rallies, while referring to his ouster as the continuation of a grand scheme of things that always cut the PM’s job tenure short, is also passing on the message that he is not going to go down easily this time. During all of the turbulent democratic history of the country, every toppled PM did complain or went back to the same institutions for the recourse who were apparently considered responsible for his/her fall. But not the case this time. Nawaz decided to fight it out on the roads, streets and in the parliament, anywhere he could vent it out. The tone and tenor reflect of a person who has nothing left to lose anymore. So, he is looping back in his power base – the public, and precisely the public of Punjab, his stronghold for last three decades. Because the ‘familiarity-effect’ gets down well with the masses and NS is the oldest familiar face around, he is using it to his advantage. His governance priorities during his long and short stints as CM or PM could be questioned but his focus on the ostentation flicks mapped an image of his on the public mind. To them he seems a ‘go-getter’ and thus we saw a reflection of that in his ‘home-coming’ rally last year and other follow-up public gatherings.

The erstwhile critic of establishment’s role as a power broker, the Pakistan People’s Party although has not hit complete irrelevance on the national political scene but its stark absence from the Punjab is fast pushing it into that corner. The space that PPP’s absence is generating, Nawaz Sharif is projecting himself as the heir apparent. But on a more irreparable front Nawaz doesn’t carry that charisma, eloquence and oratory prowess that this position requires. And to the contrary a casual trip of his persona instantly reflects a person who lacks intellectual depth, scarcely educated. And his major historical rival PPP has no dearth of brainy people, intellectuals and popular personalities. However, it seems these assets cannot be harnessed anymore, as we saw in the present Senate elections. A politics of opportunism, that was the hallmark of its opponents, has descended in the courtyard of PPP. The party thinks, if Nawaz disappears in thin air, it might get back its past stronghold of Punjab, which seems attractive but all the ground realities are contrary to it. Lately, this most popular party of Pakistan is focusing on the objectivity, such as grab the chairmanship of Senate etc., but they are losing it big time on subjective grounds. Public associate their-self with the composition of parties and the particular shades these represent. PPP, unfortunately, now falls nowhere, rather it has reduced itself to Sind level and lately, trying to discover the backdoor to the power, which was once the technique of its opponents.

But despite all of the potentials of this unorthodox political scene, it doesn’t lessen the predicament of establishment or Nawaz or for that matter any other political entity. If Nawaz carries on with his momentum and maintains a firm grip on his party, he would be a formidable opponent in the forthcoming elections. True, he is not going to be cosy with the power elite this time or may not be able to repeat his 2013 performance but he wouldn’t be too feeble to be treated as a doormat. But this scenario is also going to cast a dire effect on the future parliament, as essentially a severely hung-parliament is looming. And a hung-parliament is the boon for all kind of conspiracies and political intrigues.

However, irrespective of the parliament’s configuration of the future, an apparently hotly contested show in this tug of power war is being played out, right now in this politics of agitation. And this is a healthy sign for everybody. The beauty of democracy is that is it is a self-correcting process. Although it cannot be termed as an all-out institutional war but the covert and overt frictions among the power contenders is no secret in Pakistani politics. The sooner it gets settles down, the better it is. But despite efforts to spread despondency factor here, it is still going to be a very long struggle before something of a mutual working equation is derived out. If not, then this walking and talking in circles is going to be the destiny of this nation for a very long time to come. And that is certainly not good for the state of Pakistan.