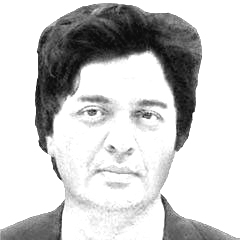 When Nawaz Sharif was disqualified after the landmark Supreme Court decision last July, no one thought that he would start putting up resistance of this kind. In addition, the court also instructed the National Accountability Bureau (NAB) to file references which had to be decided within six months. In the past, such cases have taken years, as investigating white collar crimes is often a lengthy process.

However, here the very fact that the apex court had given a short deadline meant that apparently, the country’s establishment had decided to completely seal Nawaz’s fate. At that time, it was expected that the former Prime Minister would simply take the easy option of exile. From his perspective, that was the rational thing to do as well. After all, once disqualified and stripped of even party leadership, and with a looming conviction in the NAB case, that was the only thing any person in his position could have been expected to do.

In fact, when Sharif went to London after the exile to meet his ailing wife, various television anchors started to predict that he would not come back and face the court cases. Yet, defying expectations, Nawaz was back in Pakistan and started to face cases while his sons and Ishaq Dar chose to stay away.

Not only this — using PML-N’s numerical majority, he also bulldozed the electoral reform bill, which reinstated him as the party chief. From that point onwards, defying the odds, Nawaz has constantly been on the offensive, while still appearing in the courts. This has baffled many as it is clear that those who removed him did not do so with the intention to allow him to creep back in power.

What Nawaz can do is force the other party to strike a deal on his terms. If this happens, then it will bode well for him and also for the overall system

Yet, Nawaz does not show any signs of relenting.

What is his objective? What gives him confidence? Can he win against forces which historically have been undefeated? What will be the likely outcome in a game where both sides have taken positions where it is almost impossible to back down without losing face?

First, let’s talk about his objective. There are some who are attributing some kind of normative aspect to Nawaz Sharif’s actions by calling it a struggle to restore the sanctity of the vote.

Although I wish that this point of view was true, but the reality is that nothing in Nawaz’s own history and for that matter Pakistan’s entire history which suggests such noble intentions. All politics is realpolitik and is aimed at either maintaining, increasing or regaining power. In Nawaz’s case, these efforts are nothing but to continue to make himself relevant. After all let’s not forget only a few years ago, he was in the same court against Zardari’s government in the infamous Memogate scandal. Subsequently, we all remember his jubilation when Yousaf Raza Gilani was sacked by the court under the same Articles 62 and 63.

Having said so, this does not mean that struggles for narrow selfish interests can’t lead to positive outcomes for the entire society. Historically democracy also evolved through the selfish struggle between various groups and classes. So, whatever his intentions, his ‘struggle’ may still up restoring some deeply entrenched civil-military imbalances in the polity.

But although the above normative outcome is possible due to the tussle between him and the establishment but is there any chance that he personally can regain his lost power and that too against extremely strong and entrenched state institutions?

One must remember that this is not the first time; a politician has been in some sort of confrontation with state institutions. Historically the politicians have always lost in collisions like these.  However, this is the first time that a popular Punjabi politician has done so against the Punjabi establishment. This factor makes it a different case as it would be difficult to eliminate Nawaz, not because the Punjabi establishment is going to be sympathetic towards a fellow Punjabi politician, but because the Punjab factor makes it much more difficult. Too much is interlinked here.

What makes it further complicated is that Nawaz has been able to sell his narrative well and his rallies are getting bigger and bigger. In fact, although PML(N) had always been a popular party in Punjab, it never had street power. In the last few months, it seems to have acquired that ability also. The PML(N) base is all charged up.

At the same time, the fact that it is harder also makes it more pertinent for those who want him eliminated from the political scene to do so quickly. The more powerful an ousted Nawaz becomes, the stakes also go higher as it becomes a matter of survival.

In this high-stakes game, Nawaz, despite being popular is still at a disadvantage. Compared to the political route — in which politicians like Imran and Tahirul Qadri agitate to rack up the pressure — the legal route, is much easier to take. It is more effective as well.

Right now, there is a very real possibility that Nawaz will be convicted in the NAB reference also. If this happens then he will be out of public eye, something that could undermine the PML-N’s effectiveness in the elections. However, this may also further enrage his base.

What he can do is force the other party to strike a deal on his terms. If this happens, then it will bode well for him but also for the overall system. Failing to do so would not only eliminate him, but also further undermine the future of democracy. One thing he has to realize is that he cannot inflict a total defeat on the institutions that oppose him — not without suffering the consequences.