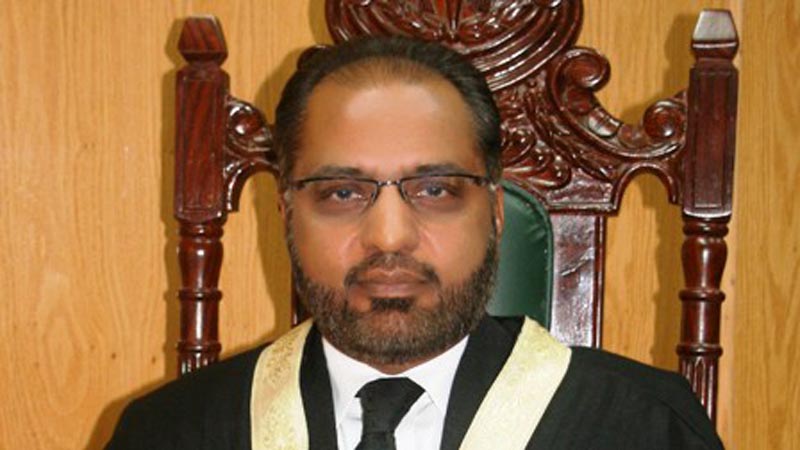 The notice issued to Justice Siddiqui by the SJC said that “You (Siddiqui), knowingly and purposely, while adjudicating upon Writ Petition No. 3914 of 2017 made unnecessary and unwarranted comments about some important constitutional institutions.”

The SJC also ordered Justice Siddiqui to submit his response before the council within 14-days.

The council said that it has investigated complaints filed by Advocate Kulsum Khaliq and MNA Jamshed Ahmed Dasti and that after scrutiny of the received information, SJC believes that Justice Siddiqui ‘might be guilty of misconduct’.

“Such comments also included observations which questioned the manner in which an administrative issue was resolved and also questioned participation of some officials in resolution of such issue which apparently fell outside the judicial domain,” the issued notice added.

Hearing a case in November 2017 regarding the Khatam e Nabuwwat clause of the recently passed Election Act 2017, the judge had remarked that the state of Pakistan surrendered to the sit-in protesters at Faizabad.

IHC judge Justice Siddiqui had observed that each section of the agreement between the Faizabad protesters and the state was unconstitutional.

Justice Siddiqui wondered as to how the state could abolish terrorist cases against the same protesters who had paralysed the capital and brutally tortured police officials.

“Is the police not a part of the state? You should pay a four-month salary to the police officials for their work” he said.

The IHC judge also made clear that the court would not endorse the agreement made between the protesters and the state, saying the government accepted the demand of only one side and that the army played the role of a moderator in negotiating the contentious deal.