Still not ready to vote?

In Pakistan, democracy is still fragile due to illiteracy, feudalism, and dynastic politics

Ever since Pakistan appeared on the map of the world some seven decades ago, it has been striving hard to consolidate democratic politics and institutions. In theory, it was the responsibility of the founder of the nation to design a democratic legal edifice and a social contract for the newly created state, but alas, he died too soon.

The first chapter of the dictatorial and authoritarian government that Pakistan first witnessed ensued right after its birth in 1947. It continued up till 1969. The second chapter lasted from 1979 to 1988 and the third — and the last so far — began in 1999 and ended in 2007.

The first direct general election at the federal level for the National Assembly was held in the year 1970 under the charismatic leadership of the founder of Pakistan People’s Party (PPP), Zulfikar Ali Bhutto. A parliamentary government was introduced for the first time and the foundations of democratic trajectory were set.

Pakistan saw democracy for the first time. But the democratic period was short-lived and ended in 1979. The second glimpses of democracy were seen briefly again from 1988 to 1999. After Pervez Musharraf’s resignation in 2007, there has been no military coup in the country. 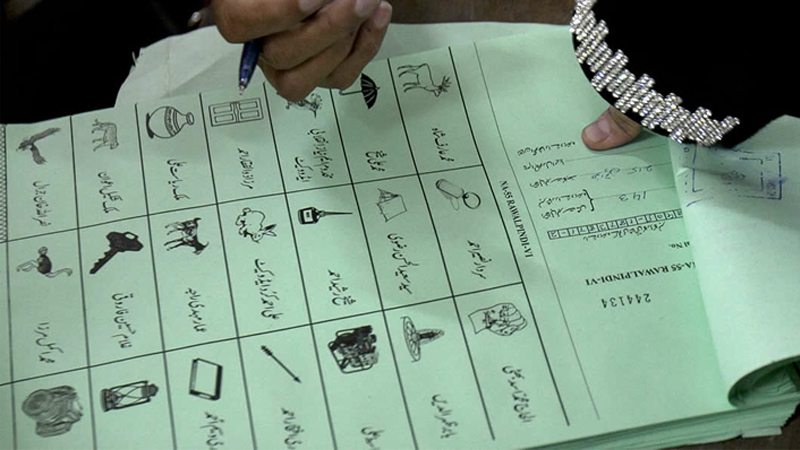 Democracy literally means ‘Rule by the People’. Abraham Lincoln defined it as ‘Government of the people, by the people, for the people’.

In Pakistan, democracy is still fragile in the presence of illiteracy, feudalism, and dynastic politics.

Democracy is incomplete without vote. It is not only a right but a responsibility of every citizen. Awareness about the rights and duties makes the consolidation of democracy possible. There are people who do not vote simply because their trust and confidence on the institutions has been badly affected and jeopardised. While pessimism is natural given the worrisome state of affairs in the country, nothing can exempt us from our basic responsibilities. State has to run regardless of these issues and its collapse would be unaffordable for everybody.

There are people who do not vote simply because their trust and confidence in state institutions has been badly affected. While pessimism is natural given the worrisome state of affairs in this country, nothing can exempt us from our basic responsibilities as citizens of a democracy

Responsible voters can produce responsible leaders. For the sake of democracy and smooth functioning of parliament, we must cast our votes diligently.

According to the Election Commission of Pakistan, only 55.02 percent votes were cast in the general elections of 2013. Majority of the population underestimate the importance of vote and its impact. If the democratic institutions are fragile, why not strengthen them by practicing our duties? Unfortunately, for most of us, election day is synonymous to a holiday.

Conventional politician knows very well to sell his slogans and trap voters. With their massive campaigns and bribes, politicians manage to disseminate ‘winning perception’. In the poverty-ridden country, it is extremely easy for politicians to buy votes. This has become a modus operandi of politicians during the elections.

Due to increasing unemployment rate, suicide has become common and target killings have created an air of insecurity. On the other hand, rich is getting richer and gets scot-free for doing embezzlement and corruption.

After winning the elections and deceiving the gullible voters, politicians suddenly disappear from the public scene and forget everything.

There are certain recommendations to make democracy a successful saga in Pakistan.

First of all, dynastic politics has to end and feudalism should be completely eradicated. More decentralization should be considered.

Social liberty and education should be given to all of the citizens. There must be justice, rule of law and social equality across the country. We should encourage young, energetic and educated people in every part of life.

Once there is social freedom and increased literacy, proficient leadership will arise from the bottom of our society. This is very necessary for the social welfare, security of the citizens and the sovereignty of our land. It may lead towards a strong democratic Pakistan in the true sense. Let’s try to finish all discrimination. Father of the nation Muhammad Ali Jinnah made this country for Muslims, Christens, Hindus, and for other minorities. Everybody has right to cast the vote. We should learn the respect of vote.

It is our duty to take care of Jinnah’s country, and elect the leader who is truly able to run this country but this is only you can do by your vote. Remember if you don’t Vote you will Lose the right to complain.