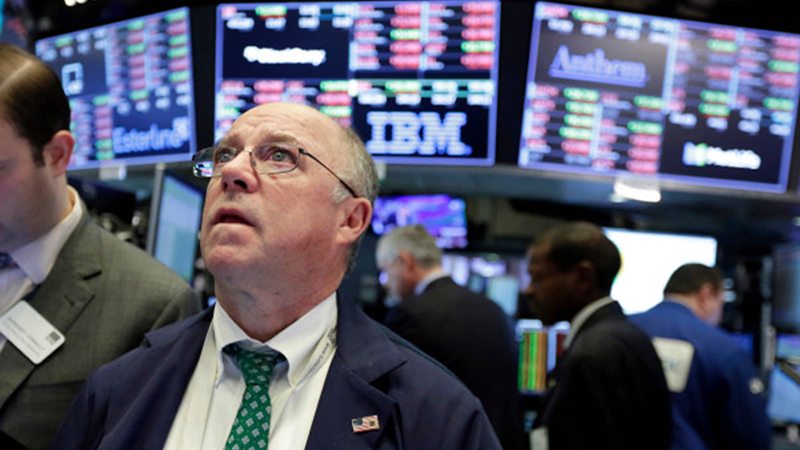 There are plenty of reasons for the stock market’s recent volatility: the possibility of higher inflation, global markets tanking, a sudden spike in interest rates.

But if you talk to enough of the folks making the markets so volatile (sophisticated investors and traders), you’ll see another answer pop up regularly: It’s getting to be “put up or shut up” time for the Trump economy.

President Trump likes to take credit for an economy showing significant signs of improvement. I’ve lost track of how many times he’s touted the bull market – which began well before he took office – as evidence of the success of his economic approach of lowering taxes and cutting regulation.

But even if he deserved credit for those policies and the improved economic growth since his election compared to what went down under President Barack Obama’s watch (see his dismal GDP numbers), Trump was always playing a dangerous game by playing up the market so heavily.

In the long run, stock prices reflect economic fundamentals (which are good and getting better). In the short run they are often messy, trading off of seemingly innocuous headlines, like the bizarre notion now that we might have massive inflation because of a modest uptick in wages that might force the Fed to raise interest rates, or stuff that’s totally out of anyone’s control such as economic policy in say China or someplace in South America.

Moreover, the president appears to have no real idea how fiscal policy works, even his own massive corporate-tax cut that I believe will pump trillions of dollars in wealth into the economy and lead to much sharper growth, eventually a smaller deficit and higher stock prices. What he fails to realize is that there’s always a delay before such policies produce their intended result (see the gap between the Reagan tax cuts and the booming stock market and economy in the 1980s) and during that delay the markets get antsy.

What we have, simply put, is a big old Wall Street debate about whether the Trump tax plan will produce the growth that he says it will produce. What sparked this debate and changed the market’s upward movement to Dow 30,000? Difficult to say.

Maybe it was the recent musings of Treasury Secretary Steven Mnuchin about all the benefits of a weaker dollar, which may make our exports cheaper but also hurts job-producing foreign investment. Or maybe it was Trump’s decision to place tariffs on some products from China and South Korea, which investors took as a sign of a pending trade war, which could stifle economic growth, as countries retaliate with tariffs of their own on US goods.

The market’s wild swings of late have also been exacerbated by the popularity of exchange-traded funds. ETFs are a basket of stocks that trade like a single stock, and when it sinks to a certain trading price the computers running it automatically sell. Unlike, say, mutual funds, which are priced out once a day at the market’s close, ETFs are priced as they move, just like stocks, compounding the market’s chaos.

Either way, the underlying cause of the zig-zagging market is a worry by some investors over the efficacy of Trump’s economic plans.

Yes, the economy is strong, but it’s still just growing at around 2.6 percent. Doubters believe that means stocks are already over-valued and any sign of inflation and higher interest rates, even the modest ones we’ve seen of late, causes selling. Then there’s the longer-term issue of economic growth, which they would say needs to be much faster to pay down the debt from the tax cut.

And that’s not easy. The skeptics believe corporations will plow much of their tax savings into stock buybacks and employee bonuses.

Both aren’t necessarily bad for the economy, but they don’t get us what we need: a large spike in economic and productivity growth that only comes if the companies use their tax breaks on capital spending and meaningful business expansion. Without this type of economic growth, deficits will grow, the Treasury will have to pay more to issue its debt and interest rates will spike sharply, crushing stocks prices and eventually GDP.

I don’t subscribe to this scenario, and neither do plenty of smart investors, which is why after Monday’s 1,000-plus-point rout, the market bounced back Tuesday with the Dow gaining 567 points. These investors believe the Trump tax plan is a mixed bag, but that corporations and small businesses will see significant benefit of much lower taxes and less regulation, in terms of hiring and productivity.

That will boost GDP enough to begin paying for the tax cuts and eventually the deficit to the point that interest rates will be capped. With solid evidence of GDP and productivity growth, stock prices will resume their rebound. Who’s right? I can’t tell you for sure, but this is a debate the president is going to have to live with for a while, and given what happened over the last two weeks, it won’t be easy for anyone involved.