Lahore Eat17 makes up for a perfect weekend in Lahore

Lahore bid farewell to spring in a biryani scented affair at the Lahore Eat. Eateries, both big and small, put forward their best foot to make the most beautiful backdrop for the last kiss between spring and Lahore. Lahoris from all over the city flocked to Fortress Stadium to witness the love affair.

The festival which was supposed to take place back in February was postponed due to political and security concerns. Lahoris waited anxiously for the food festival to come to Lahore and when it finally did Lahore put up a great show. However, the first day was slow and saw little commotion of both people and media perhaps because of the unfortunate incidents at the Karachi Eat people were apprehensive about showing up to Lahore Eat or maybe because spring felt more like summer in the day but as the sun set on the first day the stadium started filling up. 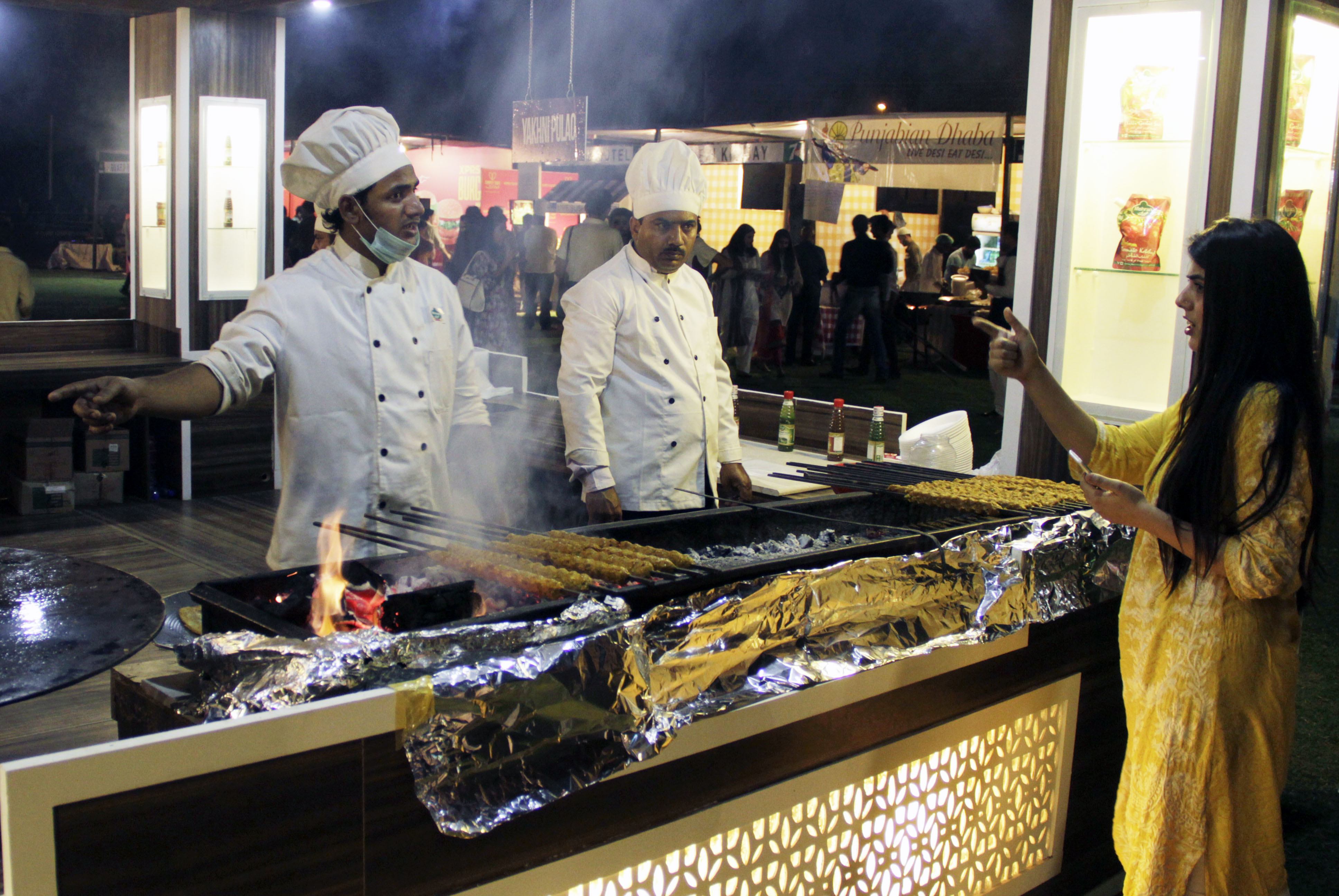 Entering the stadium was a bit of a hassle since parking was an issue but once inside everything looked and smelled better. Food of all sorts was present from chaats and gol guppas to BBQ, pizza, fast food deserts and lots to drink from mint margaritas to colourful mojitos. Every possible kind of food that a Lahori can possibly want was present at the Lahore Eat.

The most popular perhaps was the tawwa chicken over at Arif Chatkhara, straight from the heart of androon Lahore. This was probably the busiest stall and the most popular and rightly so too. Another popular one was the lamb sajji at Hunter’s cottage which had the warmest and most fun owner who refused to get any picture taken without his entire team. Another crowd favourite were the homemade gol guppas and mint margaritas at Shut Up and Eat. The dark chocolate tart at Tea Cosy was a personal as well as crowd favourite too. 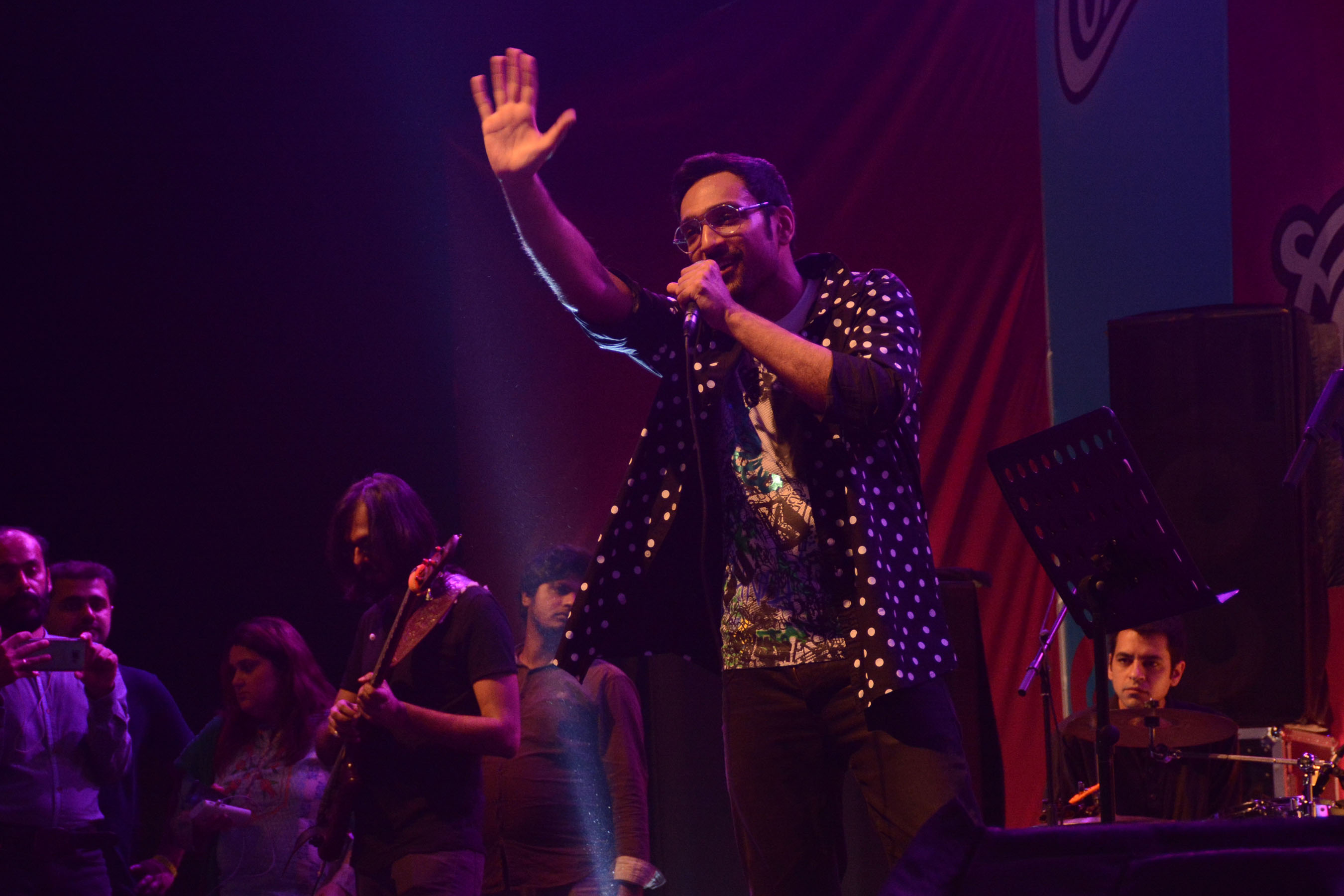 Perhaps the most fascinating thing about the whole event was the ticketing, where there was an option to buy tickets the old school way, there was, however, another tech savvy and fast way through SimSim. Not only did it offer a discount on the ticket but also 40% off on stalls inside the festival once a SimSim wallet had been created. The app had many losing their patience but once downloaded and set to go everybody with the SimSim wallet enjoyed every bit of that 40% discount they got.

In times like these where security is a major concern especially at events like these, Lahore Eat did not disappoint. It was a strictly ‘family’ event and while many criticise the conceptualization of the word ‘family’ on events like these it becomes a necessity to materialise the word family into ‘being accompanied by a girl’ and not necessarily being related by blood to one another. Till our public is educated and tamed unfortunately the former definition will continue being a need. 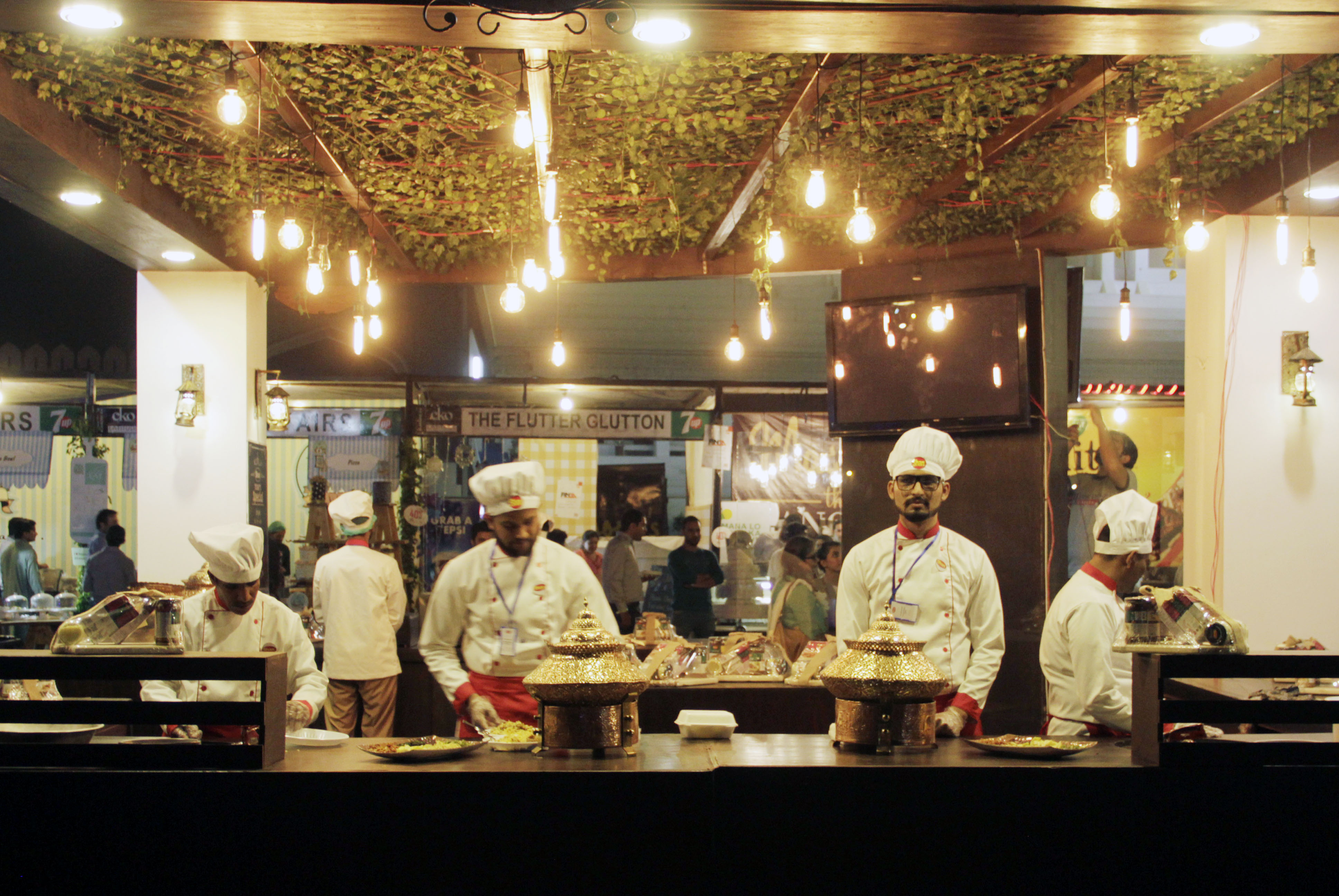 The last day, which also happened to be a Sunday, was the most happening and had the most massive turn out. Arif Chatkhara had a waiting line throughout the event and the same stands true for most of the stalls. Some ran out of food while other packed up early.

All three days had musical performances towards the end of the day, the first being a dhamaal which had the crowd join in too. Ali Sethi performed on the second night pleasing all his fans and music lovers who looked forward to his performance most.

The only drawback was perhaps littering and that is accredited solely to the public. Despite the placement of trash cans every ten steps people preferred throwing their plates, cups and leftover food on the ground or just decided against cleaning up after themselves. Cleanliness is a conscious decision that needs to be made by everyone collectively but somehow everyone forgets every time.

Organised by Latitude CRS, Lahore Eat was the perfect way to end spring, start summer and make the best weekend out of Lahore’s spring.