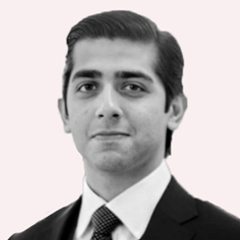 Dr Shahid Masood’s revelation that the prime suspect in Zainab murder case was allegedly a part of an international child pornography ring, and that he was being supported and protected by influential persons from the Punjab government had sent shockwaves across the nation. In support of this accusation, Dr Masood stated that the suspect had 37 foreign currency bank accounts, in which he was receiving money in exchange for pornography that he was producing and sending abroad.

Given the gravity of the accusation, the honourable chief justice of Pakistan, who has taken suo motu notice of the incident and is overseeing the investigation, summoned Dr Masood to court to share his information with the bench. However, the State Bank of Pakistan confirmed later in the day that the main accused, in fact, did not own even a single bank account. The anti-climax should have been expected. After all, Dr. Masood has spent an entire TV series trying to convince the population that the world is coming to an end.

Notwithstanding the reprehensibility of the political point scoring and opportunism that we have witnessed over the tragic incident, Dr Masood’s allegation and the subsequent disproval of the same calls for closer scrutiny of the evening news shows that flood homes all across the country. Watched over a sufficiently substantial period of time, these shows readily shed the façade of impartiality that they sheepishly adorn.

Each show, each ‘journalist’ can easily be placed with precision upon the political scale. That, in itself, is not a bad thing. Given the multiplicity of news channels and news shows, one can apprise themselves of the various points of views relating to each new issue. The problem, however, arises when these news anchors, using the voice given to them in these TV shows, begin making unfounded, and at times fabricated, allegations against those whose politics they don’t agree with, or at times people of the general public, when convenient for their political objectives. And they do so without fear of any reprimand.

But that does not in any way stop this fake news cycle. A few revolutions of the news cycle are enough for the news channel to live down the embarrassment of having shared false news. For the subject of such false news, however, it might not be as easy. Reputations are often soiled with far-reaching consequences, including but not limited to, a loss of respect in the society.

A kneejerk reaction to this problem that is often recommended is a stronger regulator, censoring the offending information. That, however, may cause more problems. Who is going to do this regulating? This body will likely be appointed by the state, and shall contain state functionaries. At the very least, they shall be dependent upon the state for their salaries and tenure. The influence of the state upon such a censor board shall be difficult to remove.

While there are defamation laws in Pakistan and legal notices are often sent under the same, no one has ever heard of someone being held guilty of defamation

Without complete independence, this body shall easily lend itself to the dissemination of propaganda by the incumbent government. While judicial review of the decisions of this body may be proposed as a counterbalance, the fact that our superior judiciary has till now shied away from completely eliminating discretion from executive decision making, and has rendered opinions upon alleged executive overreach on a ‘what feels right’ basis, the propensity of abuse shall remain substantial.

State control on dissemination of information undermines the very basis of the institution of democracy. The constitution, and the democracy envisaged under it, presumes that the citizenry shall make informed decisions when voting for their representatives. No informed decision can be made if the information that such decision is based on is being monitored and controlled by the incumbent government.

Perhaps a better measure would be to strengthen the law of defamation and then allow the defamed and the defamer to deal with the issue themselves. While there are defamation laws in Pakistan, and legal notices are often sent under the same, no one has ever heard of someone being held guilty of defamation. There are a whole host of reasons for why this is so.

Many don’t know that they have this remedy to someone falsely maligning them, and even if they do, courts are very conservative when it comes to imposing damages in such situations. Furthermore, the various ‘defences’ enumerated in the law afford substantial wiggle-room to the accused. For example, merely offering to apologise and publish the same is a defence to a claim of defamation. In these circumstances, the law of defamation has no teeth.

Instead of focusing on paternalistic policies of censorship, the state should, perhaps, allow the citizenry to resolve their disputes as deemed fit and proper by themselves under a fairer defamation law. This would avoid the perils of state control of the media. Hits to the pockets of a few of these ‘journalists’ should serve as sufficient deterrence for the future. It is essential that the news that we receive, particularly owing to the invasive nature of news broadcasting, is based on facts and verifiable information. The present situation lends itself too readily to irresponsible and damaging journalism, and must therefore be changed.