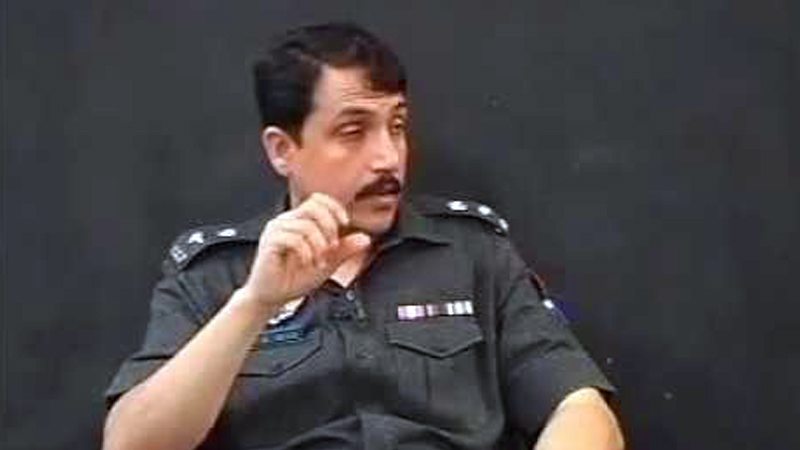 DADU: A team of Hyderabad district police led by SSP Hyderabad, Pir Muhammad Shah has started investigations into cases of four murders in Mehar Town, committed some eight days ago.

Chairman Rais Karm-u-llah Chandio, his sons Mukhtiar Chandio and Zila council member, Qabil Chandio were killed when a group of armed persons had attacked their house at Ahmed Colony close to A and B section police stations and DSP office. Their rival, Ghulam Qadir alias Qadu was also killed in the clash.

After transferring cases of Mehar incidents from Dadu district police (SSP Dadu Qamar Raza Jiskani) to Hyderabad police (SSP Hyderabad Pir Muhammad Shah on directives of IGP Sindh, AD Khawaja and SSP Hyderabad Pir Muhammad Shah along with his team reached at Mehar Town and started investigations of murders. They visited scene of the crime; house of victims deceased, Rais Karm-u-llah Chandio and his sons at Ahmed Colony. They met with victim family and also visited A section police station of Mehar. SSP Hyderabad collected evidences through interviewing of people. Pervaiz Ahmed Chandio in his statement told inquiry team that Nawab Sardar Chandio had threatened his father Karm-u-llah Chandio and brothers Mukhtiar Chandio and Qabil Chandio that they were working in area for interest and social welfare of Chandio tribe which did not go well with feudal chief of Chandio tribe mainly Sardar Ahmed Chandio and Burhan Ahmed Chandio.

SSP Hyderabad police met witnesses of the FIR of Dur Bibi, Mumtaz and Muhammad Ishaq. He visited spot on Link Road located some 10 kilometers away from Mehar Town at Wada Suhag village where attackers of Chandio house left a car and escaped. SSP Hyderabad recorded statements of two officials of Mehar police, driver police mobile Fida Hussain and constable. The driver of the police mobile and constable had recorded statement that as soon as the armed persons committed the crime they were making their getaway, they had also started firing on them. They had said that their mobile was on patrol and as soon as they retaliated, their rifle stopped functioning after some firing.

Talking to local reporters during investigation at Mehar police station, Pir Mohammad said that he would submit report to IGP Sindh after completing the inquiry on merit. He said that he had sent message to Nawab Sardar Ahmed Chandio and his brother Nawab Burhan Khan Chandio to record their statements. Pervaiz Ahmed Chandio showed his dissatisfaction and utter disbelieve on transferring case from Dadu district police to Hyderabad district police which would hamper transparent investigation process, he claimed.

He alleged that both statements of SSP Dadu and SSP Hyderabad had created controversy among them and they were worried that who would arrest the accused.

While, Sardar Ahmed Chandio said that few people were doing politics on murders of three people killed in Mehar.