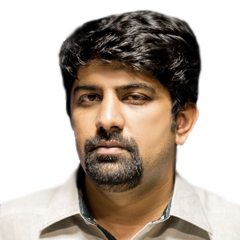 Benazir Bhutto is no more, but it seems that, for Pakistan, the politics of gender slurs have come full circle

It is delightful to see New Zealand Prime Minister Jacinda Ardern announce that she is expecting. Smiling, she talked about the “impending arrival”, her husband standing by her. She did not disclose the gender of her baby. She plans to get a six-week maternity leave during which her deputy will look after the state affairs.

Many reviews have been written on it in Europe about female prime ministers giving birth while at the office. One reviewer wrote: for female prime ministers, having babies is offensive rivalled only by not having them. Here unfolds the sad chapter of gender slurs that female politicians overcome on their way to work.

Many prime ministers were quoted in these reviews. But it seems that the world had forgotten Benazir Bhutto who had mentioned in her biography how painful it was for her to overcome opposition’s gender slurs when she gave birth to her first child, Bilawal Bhutto Zardari.

When she gave birth to her third child, Aseefa Bhutto, in 1993, her opponents mocked her by raising the slogan of ‘Bachay do he achhay’ (two kids suffice). At a point, she had to make a public announcement that ‘you can have four children if you can afford’.

An army of clerics was raised with the single purpose to hammer the argument that women are unfit to govern into the minds of the masses. Until her death, this army continued chasing her, but she faced it with confidence.

It seems that the world forgot Benazir Bhutto, who mentioned in her biography how painful it was for her to overcome opposition’s gender slurs when she gave birth to her first child

In a bid to balance many nails on one, as would every dictator do, ex-President Musharraf enhanced quota for women in the parliament and technocrats were weighed with the task to empower women. Acaucus for women parliamentarians was also established.

The potential of electronic media was unlocked, and special trainings were given to media persons on how to be gender sensitive. But the topic of awareness on pregnancy was seldom touched upon in these trainings.

Benazir Bhutto’s party again made history when it came to power after her assassination and gave the country its first female speaker of the National Assembly (NA), Fahmida Mirza. Sherry Rehman was another strong women running many ministries at a time and keeping her staff always on toes through her expert use of digital management techniques.

Hina Rabbani Khar is yet another towering parliamentarian to attract attention both at national and international levels. She was the country’s first female foreign minister, an office held by the PPP founder Zulfikar Ali Bhutto at the start of his political career.

But all these women, and many more like Kashmala Tariq, had their gender attributes pawed at by their rivals. I remember the likes of Abid Sher Ali tearing copies of legislative bills and throwing the torn pieces to Fahmida Mirza’s face in the Upper House of the Parliament.

Sherry Rehman was constantly criticised by those who believe in concentration of power and amass in themselves many ministries. Hina Rabbani Khar faced bad comments on her young age and gender. I remember when she went to India on a visit, Indian newspapers ran as crass headlines as “Pakistan puts on its pretty face” to run over a large photo of young Ms Khar.

Benazir Bhutto is no more, but it seems that, for Pakistan, the politics of gender slurs has come full circle. It is heartening to see Nawaz Sharif taking his daughter Maryam Safdar along at public gatherings and paving the way for her to become a future leader. It is good that Imran Khan is making marriages and hence relenting on his drive against women in politics, though many of his deputies raise the banner of religion to castigate women politicians.

I think the day is not far when a Pakistani prime minister will be able to smile and announce her pregnancy to a cheering press conference like Ardern.