Had she decided upon Jati Umra, Bilawal House or even Bani Gala as her birthplace – little Zainab would have been protected round-the-clock by the very best that our police force has to offer

It’s time for a reality check. No one is more to blame for the abduction, rape and murder of little Zainab than the seven-year-old child herself. Meaning that a gross injustice is committed by those who insist upon pointing accusatory fingers at Shehbaz Sharif, Rana Sanaullah and the Punjab police. Especially considering how the Chief Minister has gone above and beyond his duty in dealing with the matter. After all, has he not taken notice of it? Did he not shake that iconic finger of his while ordering the police to arrest the culprit within 24 hours? Did he not make the short trip to Kasur in the dead of night to condole with Zainab’s family; after which the poor soul could not sleep for the next three nights? What more could the gentleman possibly do?

We need to put on our pragmatic hats to keep our heads levelled. And thus we will recognise that Islam and other religions enlighten their followers about life before birth. In other words, even before we open our eyes in this world – we have had a prior consciousness that we no longer can recall. Thus the only logical conclusion that any of us may reach is this: something went terribly amiss during that period of Zainab’s pre-existence.

Most likely, she was misinformed when the time came to choose her parents. Had she decided upon Jati Umra, Bilawal House or even Bani Gala as her birthplace – she would have been protected round-the-clock by the very best that our police force has to offer. To the extent that her kidnapper would not have dared to do what he ultimately did. Indeed, had this been the case, little Zainab would have been alive today, perfecting her demeanour while practising the speeches she would deliver when she became Prime Minister of the country.

Thus the burden of responsibility rests solely on Zainab’s shoulders for not bothering to find out about this Land of the Pure when she had the chance. And there really is no excuse for this. After all, when we are about to set off for far-flung lands – do we not read up as much as possible about daily life there; including traditional customs and the law? Meaning that it is most unfair to blame the Punjab police for this murder most foul when the child herself had shown no interest in preparing for life here in the this land of five rivers.

Had Zainab familiarised herself with the laws of this country she would have known that we have special rules for killers like Raymond Davis. Though not to be falsely accused of Occidentalism – we also allow Arab princes to come over here and hunt the houbara bustard for its aphrodisiac properties

Similarly, Zainab displayed a reckless devil-may-care attitude in refusing to familiarise herself with the laws of this country. Had she done so, she would have known that we have special rules for killers like Raymond Davis and anyone, really, from nations like the US. But not to be falsely accused of Occidentalism, we also have unique provisions for Arab princes. True, this does not extend to gunning down the citizenry, which is strictly reserved for our American friends. But we do allow Middle Eastern royalty to come over here and hunt the houbara bustard for its aphrodisiac properties. And his hapless bird, blissfully unaware of its own geo-strategic importance, continues to come here each winter to escape the freezing temperatures of Central Asia.

But, more than anything else, Zainab should have researched the different categories that Pakistanis fall into; as well as the respective laws that these bring with them. Let us take the Sharif family as an example. The latter enjoys exclusive rights when it comes to introducing and amending laws to benefit themselves. For the rest of the ruling elite and privileged class, there is yet another set of rules. The same is the case when it comes to generals, bureaucrats, industrialists and feudal lords. As for the rest of us – we are no more than a human version of the houbara bustard. And Zainab’s gravest mistake was to be part of the most unfortunate lot of all.

Yet someone somewhere must surely have informed this little girl with the angelic smile that this latter category is tolerated for just three reasons: to pay hefty taxes to the government; to cast their ballots whenever elections are held; and to be on standby to be used and trashed. Naturally, it is sad that Zainab met her destiny in this way. Especially as she could so easily have been one of those 53,000 children who die each year from drinking contaminated water. Or if she had been particularly fortunate, she could have fallen ill after eating adulterated food and been rushed to hospital where fake medication would have ultimately claimed her life.

And what of the seven-year-old’s parents? It is quite apparent that they must have read Better Never to Have Been: The Harm of Coming into Existence by David Benatar. Not only that, they evidently believed every word of it. Yet their mistake was in not following the doctrine of anti-natalism to its logical conclusion. Had they done so, they would have understood that this world – or at least, Pakistan – is by no country for children. It is therefore highly unreasonable of everyone to continue criticising both the good governance record of Shehbaz Sharif as well as police competence. The Chief Minister’s job is to take notice, which he promptly did. As for the police, even though their job is to protect the elite – they still found the time to locate Zainab’s body and hand it over to the family; while stoically refusing a cash reward. But more than anything, we would do well to remember that only the truly blessed are murdered when Shehbaz Sharif is at the helm. 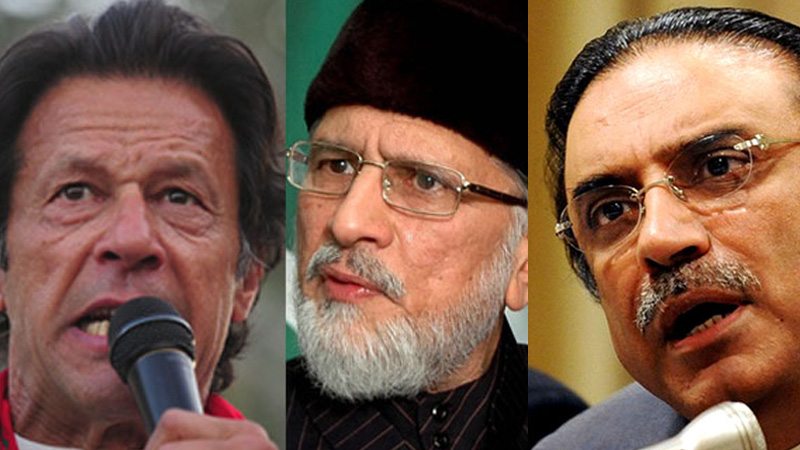 Moreover, Zainab, her parents and, indeed all of us, must understand that democratic continuity requires sacrifice. This is something acknowledged by a 12-year-old boy who became the first ‘martyr of democracy’. This occurred last year when he was duly run over by Nawaz Sharif’s motorcade as the former Prime Minister was in the middle of his homecoming rally to protest his lifetime disqualification from holding public office. If it is of any comfort to Zainab’s parents, their daughter may be claimed as the first martyr of good governance. But be that as it may, her name will soon be forgotten just like that first hero of democracy. For can any of us recall unprompted that his name was Hamid?

The Lahore High Court, as well as civil society, has legitimately noted that Zainab’s murder – as well those of other children – could have been prevented had the police acted swiftly when the first such case came to light in the same area back in 2015. But, then, have we all but forgotten how crucial a dysfunctional law enforcement force is to a prospering democracy? After all, it took 10 long years of back-breaking training to get the police to the point of such professional excellence whereby reports of a missing child does not emotionally resonate with them. Thus with the introduction of new uniforms, now might be the time to for a complete makeover that would reinvent the Punjab police as the Shehbaz Sharif Security Force.

And another thing. Before we go about castigating our ruling elite we all need to be mindful of the fact that overhauling the political system is no mean feat here in today’s Pakistan. For the image of the entire provincial leadership hinges on the government machinery ticking over as before unless and until the Chief Minister decides to take notice of something or other. This helps to remind us that we have only one ray of hope. After all, it is not structural reforms but gimmicks and shiny new mega projects that win elections. But fear not, thanks to such shrewd policies it seems that our beloved leader will soon be taking notices from inside Prime Minister House.

As a nation, we have failed to learn the basics of democracy. Namely, that the security of the ruling elite is the absolute priority and we must never compromise a government’s tenure by agitating against this. Thus we kindly request all kidnappers, rapists and murderers to surrender voluntarily; while handing over all the necessary evidence for a free and trail to Shehbaz Sharif Security Force officials. So that when the next Zainab goes missing – we hesitate not to organise a public rally where the Chief Minister will be our one and only VIP guest; free to shake his finger to deafening applause.

In the meanwhile, however, we must use our time wisely by cherishing every single moment we have with our loved ones. For who knows when our turn will come to offer a sacrifice?