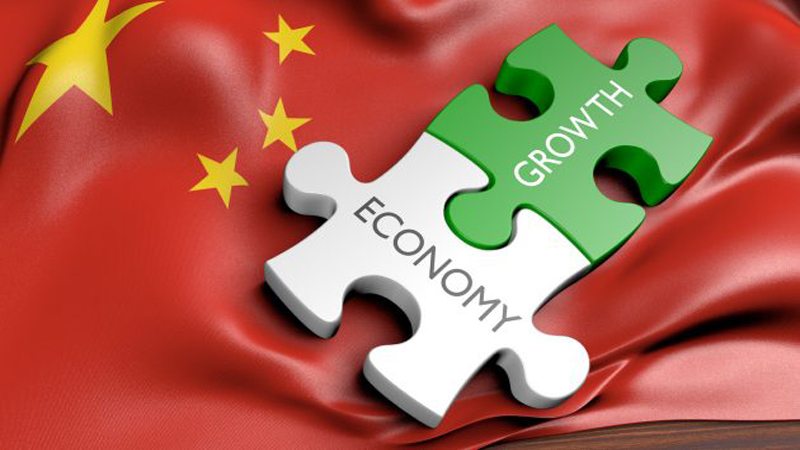 Sir Isaac Newton was a man of his time with a vision of the future. The 17th century English mathematician, astronomer, theologian and physicist is known for his work on universal gravitation or gravity.

He also developed the three laws of motion, which form the basic principles of modern physics.

Yet if there is one quote from his thought-provoking philosophy that has become part of the lexicon of scientific language it is this. “If I have seen further than others, it is by standing upon the shoulders of giants,” he said with just a hint of modesty.

Still, those words could easily apply to Beijing’s inner circle of economists as they wrestle with keeping China Inc on a steady course. They would love to be able to “stand on the shoulders of giants” and see if there are dark fiscal clouds on the horizon.

For more than 20 years, the world’s second largest economy has confounded the critics and avoided a hard “bust” scenario. During that time, nearly 700 million people have been lifted out of poverty, an “unprecedented” feat, according to the United Nations. In the past decade, a thriving middle class of more than 250 million consumers has sprouted up. It could be more than double that by 2022, a report by McKinsey & Company has revealed. Breakneck growth in the early years of modernization and industrialization under Deng Xiaoping and then Jiang Zemin has been replaced by the “new normal”, a phrase coined by President Xi Jinping. Translated from Communist Party speak, this means sustained growth. It also means dealing with the aftershocks of becoming an industrial powerhouse, such as pollution, environmental erosion, overcrowding in major cities and rural rejuvenation. “We are fully aware of the problems we are facing,” Li Ganjie, China’s Minister of Environment, said recently. In 2018, there might be more than a few economic “problems” for Beijing, such as a volatile financial market, rising domestic debt, a possible slump in the property sector, as well as getting to grips with aging state-owned behemoths and overproduction. These challenges look certain to put downward pressure on growth.

“Risks to the Chinese economy will remain among the key [concerns] to the global growth outlook, with the Asia Pacific region particularly vulnerable to the shockwaves from a slowdown,” he added. Those waves of uncertainty have yet to materialize. On the contrary, economic activity is purring along like a well-oiled machine.

The official manufacturing purchasing managers index, or PMI, was at 51.6 last month, while the independent Caixin PMI also showed strong momentum with a reading of 51.5. But those figures were probably enhanced by a thriving construction industry, fueled by major internal infrastructure projects and the grandiose Belt and Road Initiative – the new Silk Road superhighways, connecting China with Asia, Africa, the Middle East and Europe.

“[The figures are] likely overstating momentum, particularly in construction,” a report by Freya Beamish, chief Asia economist at Pantheon Macroeconomics Ltd in the United Kingdom, stated. “The profit story appears to be deteriorating, as input price rises continue to slow.” Already this year’s GDP growth forecasts are coming in at a sluggish 6.5%, which is hovering around the slowest pace since the blip in the 1990s.

Tighter financial regulations to curb debt risks, tougher measures to clamp down on capital outflows from the country and environmental rules with teeth threaten to hit housing and infrastructure construction.

Frederic Neumann, co-head of Asian economics research at HSBC in Hong Kong, spelt this out succinctly. “A sharper-than-expected slowdown in construction could weigh on broader activity with emerging sectors not yet vigorous enough to provide a sufficient cushion,” Neumann told Bloomberg Television. “The biggest fault line running through the Chinese economy is the construction sector.”

Apart from this building boom, analysts have warned about the potential spillover from speculative financial trading and Beijing’s plan to combat rising local government debt. “There are domestic factors [such as these] that are a concern,” Shao Yu, the chief economist at Oriental Securities in Shanghai, told the state-owned tabloid Global Times. “But the risks relating to government debt are controllable. Some local infrastructure projects have been halted [to prevent debt risks],” he added. In the end, the only way to be certain when predicting the future of China’s economy would be to “stand on the shoulders of giants”. Hopefully, for investors, to see blue skies beyond the horizon. courtesy asia times online