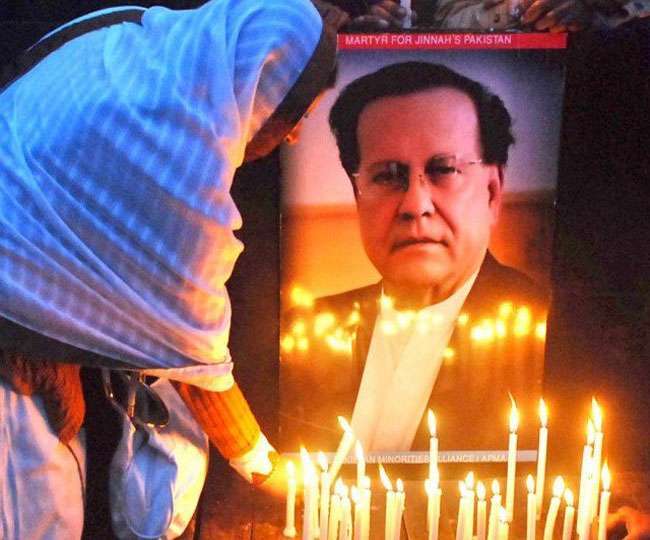 Not everyone makes it to the good books of history. History sets certain criteria and condition on which it makes a person’s memory enduring or unforgettable in the collective memory of societies; only a few leave their legacies behind.

While history is full of stories eulogising ‘martyrs of love’ who sacrificed their lives and embraced death defiantly for their beloveds on the face of persecution, there are only a few people whose love transcended individualism and narrow meanings of conventional love and their legacy continues to manifest itself on the broader spectrums of society.

The former category includes pairs like Romeo & Juliet and Layla & Majnun while the latter includes the creators of larger worlds and legacies including Mansur Al-Hallaj and Socrates.

Salman Taseer belonged to the latter ones; Shaheed-e-Insaniyat!

Here are a few motivational and courageous quotes from Salman Taseer:

“You live life once, you live it by your principles and you live it courageously- that’s what it’s about.”

“My observation on minorities: A man/nation is judged by how they support those weaker than them not how they lean on those stronger”

“My advice to mullahs who r telling little madrassah boys that they have a ticket 2 heaven: Grab it urself or give it 2 ur son”

“Religous right trying 2 pressurise from the street their support of blasphemy laws. Point is it must be decided in Parliament, not on the road”

“I was under huge pressure sure 2 cow down before rightest pressure on blasphemy.Refused. Even if I’m the last man standing”

(The city’s residents were callous. And I was also unafraid of dying)

“I’m ok wth my effigy being burnt and Fatwas against me but i’m really angry that I’m not mentioned anywhere in Wikileaks!”

(My resolve is so strong that I do not fear the flames from without, I fear only the radiance of the flowers, that it might burn my garden down.)