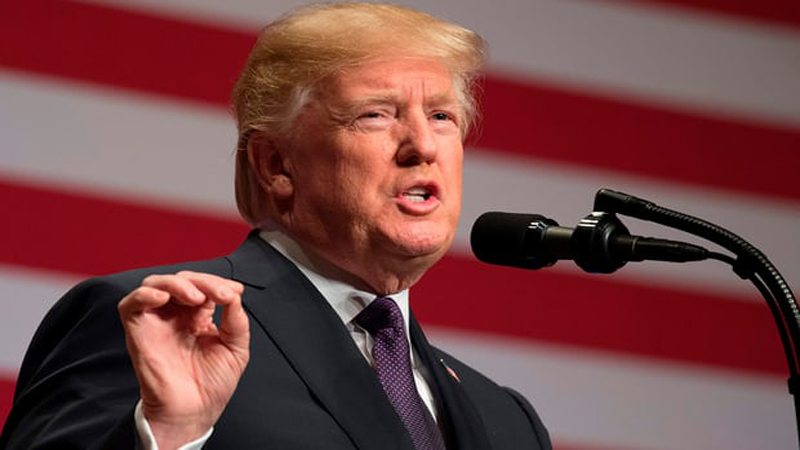 ISLAMABAD: As Pakistanis express anger at President Trump’s tweet, Afghan leaders have welcomed the US president’s approach and called for more action against Pakistan.

The government, the opposition and majority of the independent experts in Pakistan are unanimous in condemnation of Trump’s Tweet that the “United States has foolishly given Pakistan more than 33 billion dollars in aid over the last 15 years, and they have given us nothing but lies & deceit, thinking of our leaders as fools.” He reiterated his allegation that Pakistan “give safe haven to the terrorists we hunt in Afghanistan, with little help.”

The office of the Afghan Chief Executive said Tuesday that the US assistance to Pakistan for fight against terrorism had not produced results.

Javed Faisal, spokesperson for Dr Abdullah urged the US to consider more measures against Pakistan to force it for true cooperation.

“As the US aid and international support to Pakistan to fight terrorism has not given any result, so there is a need for more steps, such steps that could help in achieving the goals against terrorism,” Abdullah’s spokesman told Radio Azadi Pashto service in Kabul.

Afghan Senate Chairman Fazal Hadi Muslimyar backed Donald Trump’s approach towards Pakistan as he considered it similar to that of Afghans.

“I support the US leader’s remarks. I ask Pakistan to take advantage of the situation and show sincerity with Afghanistan and do not push itself into an ugly situation,” he said at the Senate session on Tuesday, according to Afghan media. Muslimyar had lived in Pakistan and was a lower level assistant to a commander of Mujahideen leader Abdul Rab Rasool Sayyaf, who now supports the US-backed government in Kabul.

He told radio Azadi that Pakistan had received aid from the US to fight terrorism, but “has not taken action against those sanctuaries, who carry out attacks in Afghanistan.”

He mentioned two recent attacks on a cultural center in Kabul and funeral in Nangarhar and said the US’ growing pressure on Pakistan was a positive message for the U.S.

He said Afghanistan would welcome the US decision to stop aid to Pakistan, which it received to fight terrorism, adding it would put direct pressure on Pakistan.

Former President Hamid Karzai, who has been critical the US and Trump’s policies, was quick to welcome Trump’s anti-Pakistan Tweet.

Karzai, who lived in Pakistan for nearly 25 years and until the fall of the Taliban in late 2001, Tweeted late Monday: “President @realDonaldTrump tweet on Pakistan’s duplicitous position over the past 15 years is vindication that the war on terror is not in bombing Afghan villages and homes but in the sanctuaries beyond Afghanistan. I welcome today’s clarity in President Trump’s remarks and propose a joint US – regional coalition to pressurise the Pakistan military establishment to bring peace to not just Afghanistan but the entire region.”

In November Karzai accused the US of working with the Islamic State of Iraq and the Levant (ISIL) group in his country. In an interview with Al Jazeera’s UpFront, Karzai said the US government had allowed ISIL, also known as ISIS, to flourish inside Afghanistan.

Former Taliban spokesman Abdul Hai Mutmain says in his book that the American military helicopters had airlifted Hamid Karzai to Pakistan in November 2001 after the Taliban attacked on a compound where he stayed.

Karzai had entered Afghanistan from Quetta when the US started military operations against the Taliban in October 2001, Mutmain has stated in his book in the Pashto-language book “Mullah Muhammad Omar, Taliban and Afghanistan”.

After the Taliban killed prominent leader Abdul Haq in eastern Nangarhar, who was poised to become Afghan ruler after the US military toppled the Taliban regime, they had launched an attack to kill Karzai in Uruzgan province.

“Karzai survived and the American helicopters airlifted him along with some fighters and took him to Jacobabad air field in Pakistan on November 4, 2001,” it was revealed in the Pashto-language book “Mullah Muhammad Omar, Taliban and Afghanistan”. Jacobabad airfield was one of the few air bases Pervez Musharraf had handed over to the US for operations against the Taliban.

The tragedy of Afghan leaders is that they do not address to the root cause of the Afghan conflict and that is the presence of the US and NATO allies as the Taliban they are fighting to force them to leave their country.a
The US neither focuses on political option nor willing to positively respond to the Taliban suggestion for direct negotiations. Taliban view the Kabul administration as powerless and have declined to sit with them. Now Trump and Afghan leaders have joined hands to press for the closure of the Taliban Qatar office that could further diminish chances for peace negotiations.