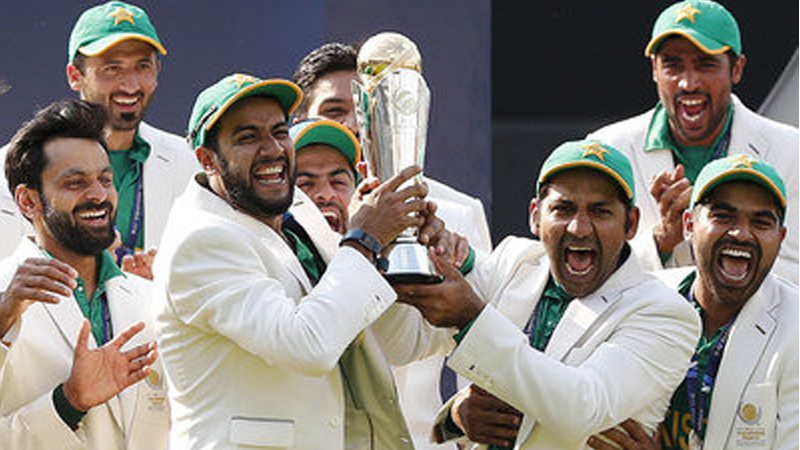 NEW DELHI: Steve Smith helmed Australia’s successful Ashes mission and India proved impregnable at home but it was cricket exiles Pakistan who had the most memorable year in 2017. Top teams have shunned the South Asian country since gunmen in Lahore attacked a bus carrying the visiting Sri Lankan side in 2009, killing eight locals and wounding six players and a British coach. Eight years on from that fateful incident, the redemption-seeking eastern city was converted into a veritable fortress to host a rag-tag World XI led by South African Faf du Plessis in September.

“It has been a long and tough journey as the Pakistan Cricket Board, Pakistan players and fans have been starved of the opportunity to stage, play and watch international cricket in their own country,” the International Cricket Council (ICC) chairman Shashank Manohar said in a statement at the time. “I am hopeful that today marks the start of the safe and steady return of international cricket to Pakistan.” From Pakistan’s point of view, the outcome did not really matter but the hosts prevailed 2-1 in the three-match Twenty20 series, which paved way for Sri Lanka’s visit to play a one-off T20 match at Lahore’s Gaddafi Stadium next month. The boardroom victory was preceded by on-field success for arguably the most mercurial side in the game.

Sarfraz Ahmed and his men dethroned arch-rivals India in the 50-over final at the Oval to clinch their maiden Champions Trophy in June. It was a reassuring triumph at the eight-team event for Pakistan’s passionate fans, who were still coming to terms with the retirements of batting stalwarts Misbah-ul-Haq and fellow former captain Younis Khan in May. Across the border, India reaped a rich harvest in a bumper home season to cement their place atop the Test rankings.

India on song: A prolific Virat Kohli and his men clocked up their ninth consecutive series victory, joining England and Australia in an elite club, before heading to South Africa hoping to set a new benchmark. Australia were the only team to beat India in a test match in 2017 but Smith’s men were first embroiled in an ugly pay dispute with their board which threatened their Ashes participation. A peace deal was brokered in time and they ended the year reclaiming the urn with successive victories in Brisbane, Adelaide and Perth.

Smith led by example, smashing a century in Brisbane and a double century in Perth before registering an unbeaten hundred in the drawn fourth test in Melbourne to deny England a consolation victory. The game’s governing body also expanded the test club, accommodating Ireland and Afghanistan as full members. The ICC decision came as a massive boost for someone like exciting Afghan spinner Rashid Khan, who has impressed in Twenty20 leagues in India and Australia and is keen to make his mark in the longer format.

“The target is – I should play Test cricket for my country,” Khan said in an interview in April. “That’s my main target, to be called a Test cricketer.” Afghanistan, who play their home games at Greater Noida on the outskirts of Delhi, will play their first ever Test in India though the board are yet to finalise the dates and venue of the contest. The ICC also took an important decision to reverse their 2014 decision which had effectively put India, England and Australia in control of the game’s finances and administration.