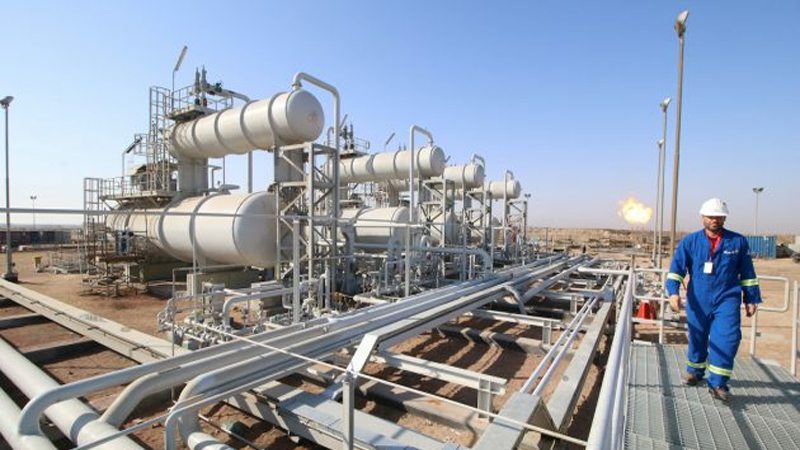 Petrodollars have dominated the global energy markets for more than 40 years. But now, China is looking to change that by replacing the word dollars for yuan. Nations, of course, have tried this before since the system was set up by former US Secretary of State Henry Kissinger in tandem with the House of Saud back in 1974

Vast populations across the Middle East and Northern Africa quickly felt the consequences when Iraq’s Saddam Hussein decided to sell oil in euros. Then there was Libya’s Muammar Gaddafi’s pan-African gold dinar blueprint, which failed to create a splash in an oil barrel.

Fast forward 25 years and China is making a move to break the United States petrodollar stranglehold. The plan is to set up oil-futures trading in the yuan, which will be fully convertible into gold on the Shanghai and Hong Kong foreign exchange markets.

It was expected to be rolled out by the end of this year, but that looks unlikely to happen. But when it does get off the ground in 2018, the fundamentals will be clear – this triple oil-yuan-gold route will bypass the mighty green back.

The era of the petroyuan will be at hand.

Still, there are questions on how Beijing will technically set up a rival futures market in crude oil to Brent and WTI, and how China’s capital controls will influence it.

Bejing has been quite discreet on this. The petroyuan was not even mentioned in the National Development and Reform Commission documents following the 19th National Congress of the Communist Party last October.

What is certain is that the BRICS, the acronym for Brazil, Russia, India, China and South Africa, did support the petroyuan move at their summit in Xiamen earlier this year. Diplomats confirmed that to Asia Times.

Venezuela is also on board. It is crucial to remember that Russia is number two and Venezuela is number seven among the world’s Top 10 oil producers. Beijing already has close economic ties with Moscow, while it is distinctly possible that other producers will join the club.

“This contract has the potential to greatly help China’s push for yuan internationalization,” Yao Wei, chief China economist at Societe Generale in Paris, said when he hit the nail firmly on the head.

An extensive report by DBS in Singapore also hits most of the right notes, linking the internationalization of the yuan with the expansion of the grandiose Belt and Road Initiative.

Next year, six major BRI projects will be on the table.

Mega infrastructure developments will include the Jakarta-Bandung high-speed railway, the China-Laos railway and the Addis Ababa-Djibouti railway. The other key projects will be the Hungary-Serbia railway, the Melaka Gateway project in Malaysia and the upgrading of Gwadar port in Pakistan.

HSBC has estimated that the expansive Belt and Road program will generate no less than an additional, game-changing US$2.5 trillion worth of new trade a year.

It is important to remember that the “belt” in BRI is a series of corridors connecting Eastern China with oil-gas rich regions in Central Asia and the Middle East. The high-speed rail networks, or new “Silk Roads”, will simply traverse regions filled with, what else, un-mined gold.

But a key to the future of the petroyuan will revolve around the House of Saud, and what it will do. Should the Crown Prince, Mohammad bin Salman bin Abdulaziz Al Saud, also known as MBS, follow Russia’s lead? If it did, this would be one of the paradigm shifts of the century.

Yet there are signs of what could happen. Yuan-denominated gold contracts will be traded not only in Shanghai and Hong Kong but also in Dubai. Saudi Arabia is also considering issuing so-called Panda bonds, with close ally, the United Arab Emirates, taking the lead in the Middle East for Chinese interbank bonds.

Of course, the prelude to D-Day will be when the House of Saud officially announces it accepts the yuan for at least part of its exports to China. But what is clear is that Saudi Arabia simply cannot afford to alienate Beijing as one of its top customers.

In the end, it will be China which will dictate future terms. That may include extra pressure for Beijing’s participation in Aramco’s IPO. In parallel, Washington would see Riyadh embracing the petroyuan as the ultimate red line.

An independent European report pointed to what might be Beijing’s trump card – “an authorization to issue treasury bills in yuan by Saudi Arabia” as well as the creation of a Saudi investment fund and a 5% share of Aramco.

Nations hit hard by US sanctions, such as Russia, Iran and Venezuela, will be among the first to embrace the petroyuan. Smaller producers, such as Angola and Nigeria, are already selling oil and gas to the world’s second largest economy in Chinese currency.

As for nations involved in the new “Silk Roads” program that are not oil exporters such as Pakistan, the least they can do is replace the dollar in bilateral trade. This is what Pakistan’s Interior Minister Ahsan Iqbal is currently mulling over.

Of course, there will be a “push back” from the US. The dollar is still the global currency, even though it might have lost some of luster in the past decade.

But the BRICS, as well as the Shanghai Cooperation Organisation, or SCO, which includes prospective members Iran and Turkey, are increasingly settling bilateral and multilateral trade by bypassing the green back.

In the end, it will not be over until the fat (golden) lady sings. When the beginning of the end of the petrodollar system becomes a fact, watch out for a US counterpunch.