The land of Pashtuns, spreading across from east of Afghanistan to its west and occupying the adjacent land mass in Pakistan, is unable to define a sense of political future and march towards a destiny which involves prospects for peace 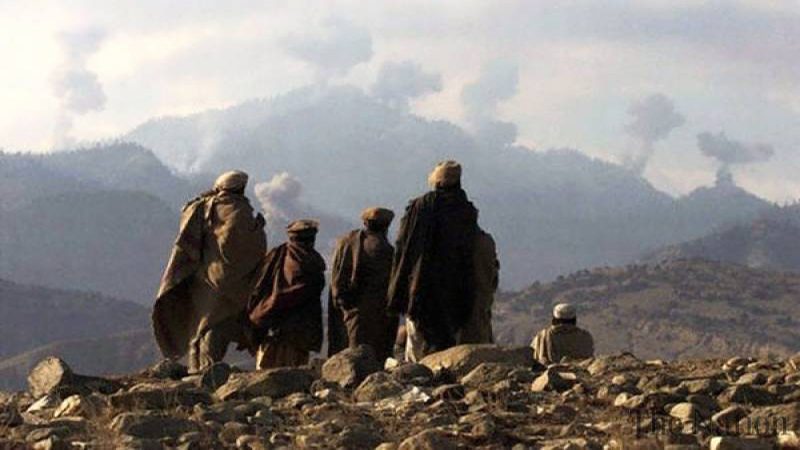 Socially connected, culturally the same but politically fragmented, and yet the manifestation of the political fragmentation results in the same chaos and same reign of violence. This is the land of Pashtuns, spreading across from east of Afghanistan to its west and occupying the adjacent land mass in Pakistan. In terms of population, Pashtuns make nearly half of Afghanistan’s 25.5 million population, while they constitute more than 15 percent of Pakistan’s population, summing up to an overall of around 40 million. But this gigantic landmass along with a population larger than that of Canada is unable to define a sense of political future and march towards a destiny which involves prospects for peace. Perhaps, the land is as connected by social disarray and political violence as it is by its social ties and cultural richness.

Why is there political violence? Why are the Pashtun lands in social disarray? Why has the cultural capital not been translated into building bridges across political divisions? Why has the cultural sensitivity instead been fed into marking a violent Islamist ideology? These are the questions asked by Abubakar Siddiqui in his book, The Pashtun Question. The book is a result of many years of reporting and strenuous academic inquiry into the history of the Pashtun homeland, its problems and the nature of the crisis the land is in. To understand the nature of the crisis and perhaps the roots of the violence in the Pashtun homeland, the first concept to understand is the policy of frontier of separation. Tracing to the British’s great game,the land belonging to Pashtuns has been divided into sub-units and each sub-unit made to be administered by a different set of laws. There is one broad division along the Durand Line between Afghanistan and Pakistan. But inside Pakistan, the legacy of the great game continues and the Pashtun lands are governed by a different set of laws, which has resulted in a disconnect and ensured to keep them in the periphery.Zhub in Balochistan is culturally and socially the same as Waziristan. There will be little difference between Waziristan and Bannu andWaziristan is connected to Bannu as the agency had to rely on a settled area for health and other services, but Waziristan is not connected to Zhub and it has been left at that. The level of connection is a trade-off between the minimum possible access to modernization and ensuring that the whole Pashtun land remains politically fragmented.

The Pashtun lands in Afghanistan can be divided into three major regions, not based on administrative division but based on tribal connections, geographical cohesion and social ties: Loy Nangarhar, LoyaPaktia and Loy Kandahar (Loy and Loya mean greater). How the Afghan Jihad unraveled in these three regions is affected by the distinct tribal and cultural nature of the regions

It is hard to mention, even briefly, here the tapestry of complex tribal mazes, the interdependencies, the origins and customs of each tribal confederacy. To understand the tribal maze the book has to be read which has detailed this tapestry with due diligence. But the thing to understand about tribal mazes is that different tribes span across the Durand Line. Different tribes have their own customary laws called narks. Though the tribes may be answerable to a different political sovereign but the division of political autonomy will be rendered useless by tribal ties.

Starting from the revolution of Peer-e-Roshan, Islam has been a prominent marker of a unique identity of Pashtuns. The cultural identity and linguistic unity of the Roshnai movement, which challenged the rule of Mughal dynasty, was informed by a religious sensibility that was rooted in Sufi traditions. It has been agreed now that the movement was the first step towards the search for a Pashtun identity which transcended tribal differences and cultural distances. The opposition to this movement was based on stricter and puritan interpretation of the religion. This very first tussle to define the identity of Pashtuns and its relationship to Islam has served as a blueprint for all the tussles to come and it still is defining the crisis the Pashtuns lands are in and the struggle over who can and cannot represent Pashtuns. 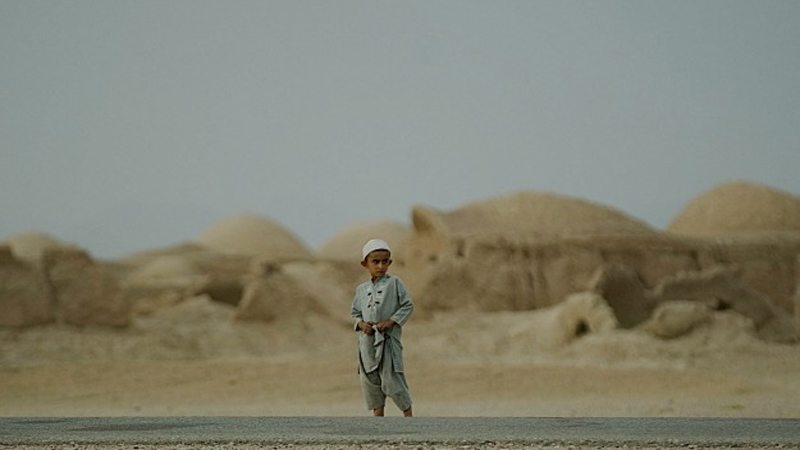 It has been wrongly assumed by western scholars that Taliban is a Pashtun movement. No doubt its cadres and rank and file are predominantly Pashtun but the movement leaders despise any mention of ethnic identity and instead vouch for pan-Islamism. It is also true that the vocabulary of the movement and the way it expresses itself is taken from the wider nomenclature of Pashtuns only because the cadre has been brought up in Pashtun lands and been exposed to the traditions and themselves lack the language of pan-Islamism. Also, they fall back on the vocabulary of Pashtunwali because they have to appeal to the masses that are ingratiated with tradition and prefer their narkhover the so-called alien and foreign law. The narkh, which are variations of the larger code of Pashtunwali, is a curious mix of religion, customs, modern law, traditions and past decisions of Jirgas. Though Talban believed in Andiwaali(taking care of your own, or someone belonging to your tribe), the guiding principle for theirDastur (constitution published in 1998 by Taliban) was Taqwaa(fear of God) rather than tribal affiliation.

The Pashtun lands in Afghanistan can be divided into three major regions, not based on administrative division but based on tribal connections, geographical cohesion and social ties: Loy Nangarhar, LoyaPaktia and Loy Kandahar (Loy and Loya mean greater). How the Afghan Jihad unraveled in these three regions is affected by the distinct tribal and cultural nature of the regions. The Taliban insurgency today can also be divided along these three regions.LuyNangarhar housed a diverse set of Jihadists and this region is also well-developed with a higher education ratio. Jalalabad sits just outside Kabul and Kabul is separated from this region by a narrow gorge. Among the Mawlwis, the religious clerics, there also are strong forces centered on Sufi shrines and the royalists. The most important movement to come out of the region is that of MawlwiYounasKhalis. Khalis flouted his Pashtun identity and his rooting in Pashtun culture when other Jihadists and, later, Taliban were against it. Kunar has been under Salafi influence since the Afghan Jihad and is also a stronghold today for anti-Shia militants.

The current crisis of the Pashtun land is not military. It is economic and social in nature. Only a military solution will not solve the crisis. Pashtuns on both sides are disconnected from the centers of power. Their struggle is that of integration into a state

LoyaPaktia presents another kind of militant activity. LoyaPaktia region has been important to the kings ruling Afghanistan. The tribes of LoyaPaktia have acted as a de-facto royal army for the DurraniEmpiresince 1929 when they went on to restore the deposed Durrani king. The Wazir tribe on the side of Pakistan is closely related to the region and many people from Waziristan went to fight for the Durrani King. Since then tribes on the side of Pakistan have easily assimilated into the power milieu of Kabul and have also served their way into the royal army since its downfall in 1978. JallaludinHaqani belongs to theZadran tribe of this region and holds dominancy over it. The irony is that, in this region, the locals defeated the Taliban regime but now it has become a stronghold of the strongest arm of Taliban. The author traces this to the indiscriminate treatment of the whole of Afghanistan as a common theater of war and dealing with the whole population as it was complicit in crimes of the Taliban regime.

The emergence of the neo-Taliban in Loy Kandahar follows a pattern. The pattern is the targeted take-down of tribal leaders; thus, creating a leadership vacuum which is then filled in by the Taliban. The region enjoys strategic importance as it connects with both Iran and Pakistan. The Taliban movement originated from Kandahar, and Kandahar Shura was the most powerful Taliban’s decision making body. Later, the Taliban’s capital was shifted to Kabul and a Kabul Shura was established but the Kandahar Shurastill enjoyed the ultimate decision making powers. The region is now controlled from Quetta Shura. There is a difference between how the Taliban in Kandahar treat the people from that of how the Haqqani network treat the people in LoyaPaktia. From the works of it, both look like separate organizations, and thus demanda separate set of policies to be tackled down. 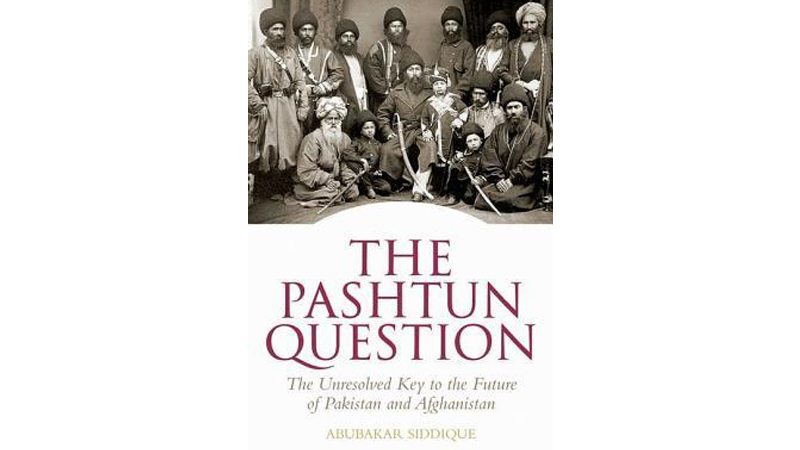 Title: The Pashtun Question: The Unresolved Key to the Future of Pakistan and Afghanistan

Understanding the cultural and social realities of the Pashtun land is important to solve the crises Pashtuns are in. To understand the current crisis of political violence, it has to be understood that the violence on Pashtun lands is motivated by divergent narrow goals of each player. In the shape of Taliban, Pakistan found the perfect solution to the pan-nationalism of Pashtuns, which was weakened by pan-Islamism. A unified Pashtun nationalism which transcends the Durand line is considered a threat by Pakistan to its existence, and a theater of war on Pashtun lands is considered a necessity. The current crisis of the Pashtun land is not military. It is economic and social in nature. Only a military solution will not solve the crisis. Pashtuns on both sides are disconnected from the centers of power. Their struggle is that of integration into a state. Unless the power centers of the region accept that Pashtuns have to be integrated into the mainstream instead of left at the peripheries, the Pashtuns lands will continue to suffer.

The writer can be reached at hurmata.shah@gmail.com