I never said Neelam was more beautiful than Mahira or more talented than Saba: Ahsan

‘Chupan Chupai is a good film and will stand on its own merit. Publicity stunts are not needed to promote the film’ 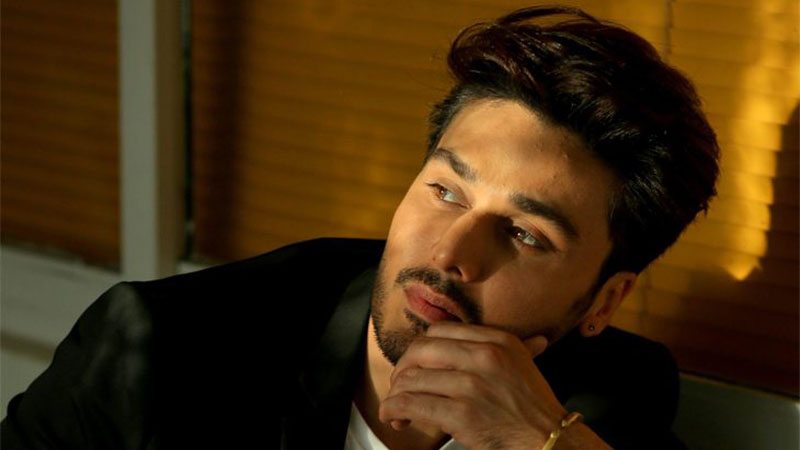 Is it true that you believe that Neelam Muneer is more beautiful than Mahira Khan and more talented than Saba Qamar?

(Laughs) Contrary to what has been written in an Urdu newspaper, and quoted in a number of other publications, I never said that Neelam Muneer is more beautiful than Mahira Khan and more talented than Saba Qamar.

What exactly did you say?

I said that Neelam Muneer is in the same league as Mahira Khan and Saba Qamar, who are both beautiful and talented, and have done very well in Pakistan and in India. Neelam would do similarly well if she ventured into Bollywood. That is the long and short of what I said.

Do you think that the mini-controversy will help generate publicity for your upcoming film ‘Chupan Chupai’?

This is a storm in a teacup and will die down in a few days. It can be chalked up to my carelessness as an interviewee and the writer’s irresponsibility as an interviewer. It was not something that was done to generate publicity. ‘Chupan Chupai’ is a good film and will stand on its own merit. Publicity stunts are not needed to promote the film.

So, who is more beautiful: Neelam Muneer, Mahira Khan or Saba Qamar?

‘Chupan Chupai’ marks your return to the big screen after a break of a few years. Are you looking forward to its release?

Absolutely! It is a fun film. I play a character that is markedly different than the more serious ones I have done on television. I believe that Neelam and I have great chemistry and look good together. The music of the film is very good. It has been shot, edited and colour graded very well. I think it will be successful at the box office.

Three Urdu films – ‘Rangreza’, ‘Arth 2’, and ‘Parchi’ – in addition to ‘Chupan Chupai’, will all be released in a short period of 15 days, very soon. Are you concerned about the competition that ‘Chupan Chupai’ will face?

Not really, I am not. I have been in show business for more than a decade. I love my film, ‘Chupan Chupai’, but am more attached to the industry. I am actually happy that four films are going to be released in a short period of two weeks. That is a good sign for the industry. I hope that all four films are successful and would not feel terrible if mine does not do as well as the others. At the end of the day, my loyalty is to the film industry. If it is successful, all of us will benefit.

You have another film, Rehbara, coming up as well.

Yes, that is a romantic comedy I am doing with Ayesha Omer. It has a few days of work left and I expect it to be released early next year. It is looking very good. I think it will be a big hit.

Are you doing any projects for television at this time?

I am currently shooting for ‘Aangan’. It is a period drama set in the 1920s, based on Khadija Mastoor’s novel of the same name. Mohammed Ehteshamuddin is directing the play. It has a stellar cast that includes Sonya Hussain, Sajal Ali, Ahad Raza Mir, Mawra Hocane, Omair Rana and Abid Ali. I am glad to be a part of the serial.

I will continue to work on television and do one, perhaps two, feature films. The thing that I want to do most in 2018 is theatre. I worked on stage in London earlier this year and found that to be a wonderful experience. The energy, the excitement and the exhilaration of working on stage for a live audience is remarkable. I absolutely love it. I want to do a lot of theatre in the future.