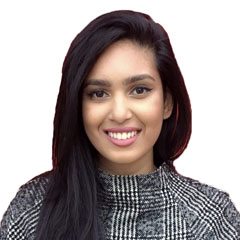 For a woman who made false promises of democracy to further her political agenda, Suu Kyi’s winning of the Nobel peace prize is a mockery of the award

Myanmar leader Aung San Suu Kyi faces the challenge of either sustaining the support of Myanmar Buddhists to remain in power or condemning the ethnic cleansing of the Rohingyas and living up to her Nobel Laureate duty. For a country which never gained civilian institutions or state systems and instead fell into the control of the Tatmadaw (armed forces of Myanmar) after independence, it will be difficult to reverse the legacies of violence. To protect the human rights of the Rohingya, Suu Kyi needs to acknowledge the genocide and mobilise the society and government to act upon it.

Myanmar has long been a victim of authoritarian rule, starting from British colonialism, to the Japanese and now their own military. The country harbours wounds from the exploitation and killing of Buddhists by colonial rulers, which has manifested in the form of hostility towards non-Buddhist ethnic groups. Buddhist nationalism has convinced the seemingly peaceful Buddhists to eradicate Rohingya Muslims, who are not considered citizens.

It seems impossible to convince a government that is not majority democratic to change its constitution, which denies certain ethnic minorities their rights. Although Myanmar has gained independence and the National League for Democracy (NLD) has won elections in 1990, 2012 and 2015, Myanmar is in reality an Ethnocracy (a political regime that facilitates expansion and control by a dominant ethnicity).

With the Tatmadaw’s authoritarian rule, there is no priority on human rights or state institutions to effectively allocate aid resources to disadvantaged groups. This is due to a manipulation of legal frameworks by the Tatmadaw.

Taking inspiration from Mahatma Gandhi and Buddhist ideals, Aung San Suu Kyi was a symbol of peace for the international community. Yet she chooses to turn a blind eye to the ethnic cleansing of Rohingya Muslims at the hands of Buddhists, whose non-violent protests during the 1988 elections won Suu Kyi her Nobel peace prize. As Suu Kyi maintains, “I do not hold to non-violence for moral reasons, but for political and practical reasons,” which may explain her silence during the Rohingya Crisis and irony in winning the Nobel peace prize.

It is true that Suu Kyi has no direct control over the military, which is facilitating the genocide. The NLD has only recently taken office, and claim that 18 months is too short of a time to bring about change. Considering the urgency of the situation, the NLD must take action immediately. If Suu Kyi and the government admits to the human rights violations committed by Buddhists, Myanmar’s civil society can be convinced to lobby against the genocide and increase Myanmar’s compliance with human rights treaties. Extreme nationalist and anti-ethnic sentiments have to be denounced if Myanmar wants to achieve a truly democratic state, which has been Suu Kyi’s vision. However, Suu Kyi “(wants to) be clear that [she] would like to be seen as a politician, not some human rights icon.” Clearly, human rights are not a priority for the country’s leader, let alone the government. It seems unlikely that any action will be taken to relieve the plight of the Rohingya, since it in fact challenges Suu Kyi’s political position by making her appear sympathetic to non-Buddhist and extremist Muslims.

Thus, it is up to the international community to push Suu Kyi and the Myanmar government to reconsider its constitution and realise the need for human rights. The US had previously placed sanctions on Myanmar by banning imports to support Suu Kyi’s democratic agenda. Now that Suu Kyi has turned back on her initial purpose, the US can re-instate sanctions and the international community may follow suit. They have recently pulled military assistance from Myanmar and must continue these actions until the Myanmar government can demonstrate transparency and accountability. Countries can also provide aid to the Bangladeshi government to support the refugees that have been entering the country daily. Additionally, countries must stop giving development related aid to Myanmar unless they agree to use it to find a way out of the Rohingya crisis as well.

International laws must also be enforced with the required political will. Specifically, the UN must reinforce the Universal Declaration of Human Rights and the Declaration on the Right to Development, which entitles all people to participate in, contribute to, and enjoy economic, social, cultural and political development, in which all human rights and fundamental freedoms can be fully realised.”

Demands of stripping Suu Kyi of her Nobel peace prize have been evolving and rightly so. For a woman who made false promises of democracy to further her political agenda, Suu Kyi’s winning of the Nobel peace prize is a mockery of the award. To right this wrong, the international community must take action as Myanmar’s civil society do not have the opportunity of voicing their opinions and litigation in front of domestic courts to persecute perpetrators of the atrocities against the Rohingyas.

The writer is a Master of Public Administration student at Cornell University focusing on international development, specifically about the role of international aid and gender equality