Debt and taxes and perdition 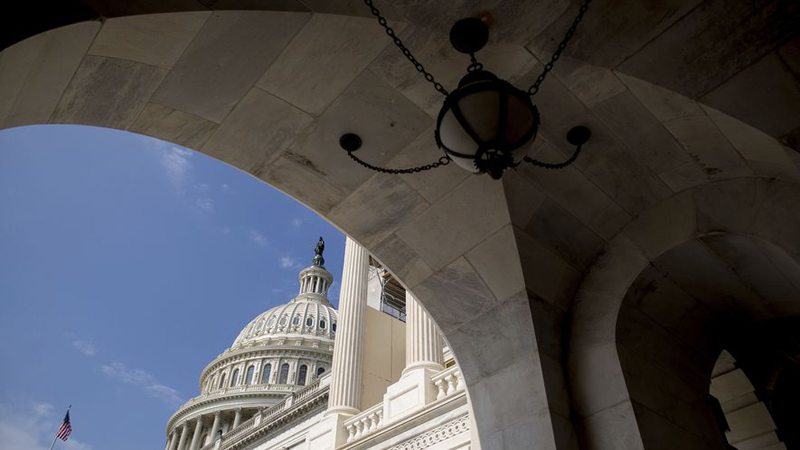 Should the government borrow against the future? Should it guarantee higher taxes for your children and grandchildren in return for lower taxes for you?

If government’s moral legitimacy depends on the consent of the governed, as Thomas Jefferson argued in the Declaration of Independence, can the federal government morally compel those who haven’t consented to its financial profligacy — because they are not yet born — to pay higher taxes?

These questions are at the base of the debate — such as it is — in Congress these days over the so-called Republican tax reform plan. But you will not hear these questions even asked, much less answered, on Capitol Hill because the Republican leadership of the House and Senate is afraid that the answers might drive them from power. The same can be said for Democratic leaders when their party controls Congress.

In fact, with the exception of a few courageous senators, such as Rand Paul of Kentucky, and representatives, such as Justin Amash of Michigan and Thomas Massie of Kentucky, most in Congress in both parties think the only limit on the government’s taxing power is what it can politically get away with at any given moment.

And it gets away with a great deal because vast majorities in both major political parties recognize no moral limits to the government’s sordid pattern of tax, borrow and spend.

The numbers are chilling.

The federal government collects about $2.5 trillion in revenue and spends about $4 trillion, annually. The difference between what it collects and what it spends is made up in borrowing. But it doesn’t borrow money as you or I do or any business does — with a planned schedule to pay back the principal it owes plus interest. Rather, it goes deeper into debt to pay its debts.

Though the federal government has been in debt since day one, when it borrowed millions to pay the debts that the states had amassed in fighting the American Revolution (who knows whether the states would have formed a central government without its promise of assuming their war debts?), but from time to time, it has paid back the principal that it borrowed.

Since the presidency of Woodrow Wilson 100 years ago, however, with two then-novel revenue-generating tools — the personal income tax to produce cash and the Federal Reserve to print cash — the federal government has rolled over debt but has never retired it. Stated differently, the feds have always made timely interest payments, but when principal has come due, they have simply borrowed more money to pay the principal and of course thereby incurred more debt.

For example, the federal government still owes the $30 billion Wilson borrowed to finance the useless and fruitless World War I, but the lenders it owes it to are different from those from which it originally borrowed that money. It has paid more than $15 billion in interest on this rolled-over and still-owed $30 billion principal in the past 100 years.

No household, no business, no bank, no government can long survive by doing this.

Since Wilson began this process, all of his successors have added to it, so that the federal government’s debt has swelled in 100 years from $30 billion to $20.5 trillion. Of the $4 trillion the feds spend annually, more than $850 billion of it is interest payments to its current creditors on its debts.

The Republican House tax changes — they cannot be called a “reform,” because they reform nothing; they just redistribute wealth and add debt — would lower taxes for some and raise taxes for many and add $1.5 trillion in debt for all.

If the feds follow their 100-year consistent pattern, this debt will never be retired, will be rolled over hundreds of times and will cause the taxes on generations of unborn Americans — where is their consent? — to rise without benefit to them and without popular or legislative approval.

This is now so severe and so consistently an accepted method of operation for the federal government that one can only surmise that those who can address it today must expect that they will no longer be on earth when the bubble bursts.

The bubble, soon to consist of $1 trillion in annual federal government interest payments on $25 trillion in debt, has been characterized by no less a warrior than the current secretary of defense and by his colleague the chairman of the Joint Chiefs of Staff as the greatest contemporary threat to national security America faces — greater than Russian President Vladimir Putin, North Korea and all the terrorist crazies who wish us ill combined.

The threat is that people will stop paying taxes because nearly half of revenue will soon go to debt service and nearly half to fixed transfer payments and the productive earners will get little or nothing for their taxes. Then the government’s creditors will not be paid, and the government will not be able to borrow money. Then America as we have known it will cease to exist, and individuals and groups will be on their own to protect life, liberty and property.

Call me the skunk at the garden party if you will, but we need these sober thoughts on this Thanksgiving holiday, lest the blind continue to lead us into a pit with false claims of tax reform that really are part of our government-induced march to perdition.

At some point, the bribing of the poor with welfare and the middle class with temporary tax cuts and the rich with bailouts will come crashing down — unless we change the direction of the government before it is too late.