Faiz festival returns with three days of discussions, and music and theatre performances

This year, the festival also features a debating competition, theatre workshops and art exhibition for children and young adults 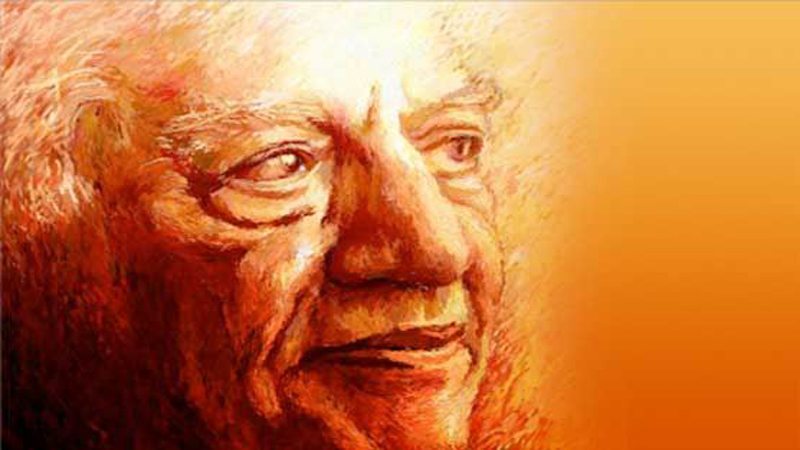 The third edition of Faiz International Festival begins at Al-Hamra on The Mall on Friday (today).

Pran Nevile’s book titled A Sentimental Journey and Osama Siddique and Ali Akbar Natiq’s book Snuffing Out the Moon will be launched at separate sessions during the festival. In another session, Khalique will discuss his recently launched collection of essays Crimson Papers with Saleema Hashmi, chairperson of the Faiz Foundation.

Three sessions will be dedicated to national politics. Political Activism and the Way Forward has been planned as a two-part session. The first part on Saturday will feature a discussion among women politicians from the top four political parties (in terms of representation in the Parliament) and the Awami National Party (ANP). Besides male representatives of these parties, the second part on Sunday will also have representation from the National Party and the Awami Workers Party.

A session titled The City – A Site for History and Identity will feature architect Shatha Safi, who has won acclaim for restoring the old city of Jerusalem, in conversation with Walled City of Lahore Authority’s Kamran Lashari and conservationists Asma Ibrahim and Attique Ahmed. 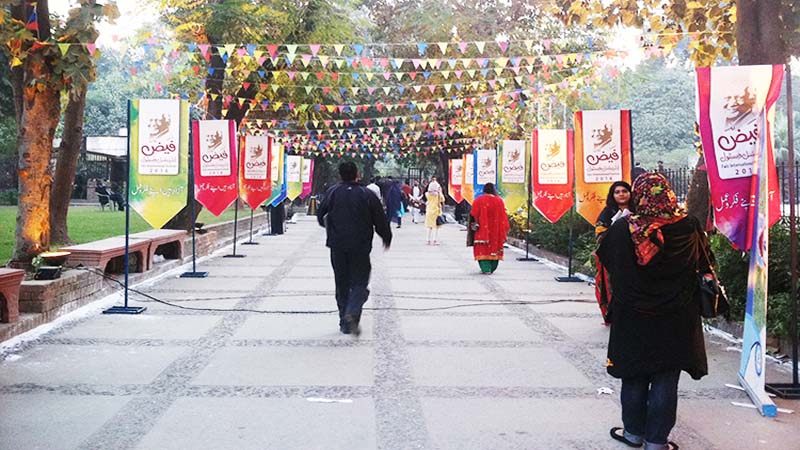 Departing from the tradition of the previous editions, the third edition also features activities for the youth including a debates competition, a theatre workshop by Swedish artist Hannah Gardell, and art and photography exhibitions by the Little Art, a not-for profit venture.

Sumaira Khalid, chief coordinator at Faiz Foundation, says that students from various branches of Beaconhouse School System and Lahore Grammar School as well as those from several other private and public institutions will participate in these activities.

Celebrated singers Tina Sani and Tanya Wells will mesmerise the audience at performances scheduled on the second and the third day.

‘Such festivals need to have a much broader and a more awami outlook. This is especially important for this mela, if it is to be truly reflective of the legacy of Faiz Ahmed Faiz’ — Ali Usman Qasmi, historian

Speaking at a press conference earlier in the week, Moneeza Hashmi had said that actor Mahira Khan was also likely to participate in a session on her upcoming film, Verna.

Theatre performances at the festival include three plays by Sangat, a group led by artist Huma Safdar. Umer Zamran, an actor in two of these plays, tell Daily Times that Nukar Natak is based on Bulleh Shah’s kafi buss kar ji, bass kar ji… gal Asa anal hass kar gi. The other play, Diwa Mundri, has been written by Najm Hussain Syed and directed by Huma Safdar. Zamran says the play is a critique of the capitalist system of economic production. Qaidna Di Waar pays homage to the country’s countless women activists who faced jail terms and other hardships but remained steadfast in their mission for a just and a progressive society, he adds.

Ajoka Theatre will perform a play Lo Phir Basant Aee on the opening day today. The play is based on traditional festival of Basant associated with the onset of spring season in Punjab.

Directed by Madeeha Gohar, the play tells the story of a kite-maker who is left without a job because of the ban enforced on Basant. It also comments on the impact of extremist ideologies on everyday lives of ordinary people. Speaking to Daily Times, Ajoka Theatre executive director Shahid Nadeem says the theatre group believes in raising voice on pressing social issues. “Ajoka believes in celebrating our rich cultural traditions, norms and festivals. We will keep playing an active role in reviving cultural activities,” he says.

Commenting on the importance of festivals, historian Ali Usman Qasmi says, “We all recognise the importance of spaces where ideas can be exchanged, conversations can take place and new artistic forms can be expressed and performed. This is especially true for a place like Pakistan where such avenues of expression are limited or have been suppressed for various reasons. Like the Lahore Literary Festival and other such festivals which take place in this city, Faiz Mela is an important event.”

However, Qasmi adds, one must also not lose sight of the fact that such events remain restricted in terms of their access and engagement with a much larger population. “This is so because of several reasons, most important of which in my opinion is the issue of the class divide. One can say that these melas promote a new kind of ‘Award Winning Adab’ to borrow a term from C M Naim’s article on Deputy Nazir Ahmad’s islahi novels of the 19th century. These novels were written mostly in English and they appealed to certain class tastes and sensibilities,” he says. 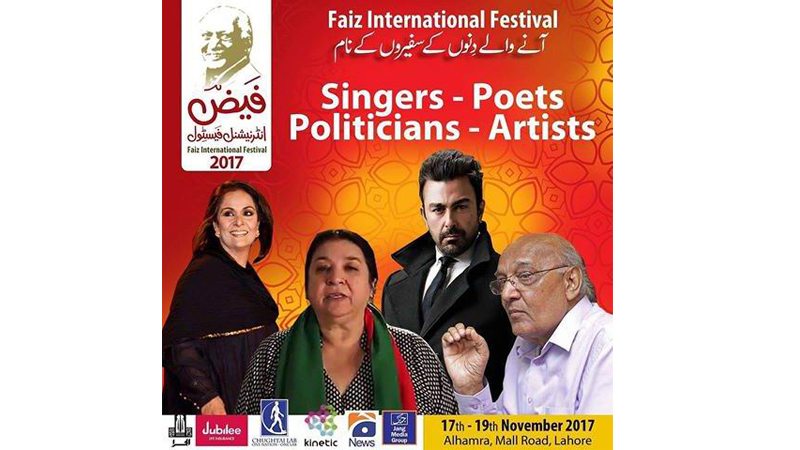 Qasmi stresses that there is a need for festivals to have a much broader and more awami outlook. “This is especially important for this mela, if it is to be truly reflective of the legacy of Faiz Ahmed Faiz,” he says.

Eeshah Omer is an Assistant Web Editor at Daily Times. She can be reached at eeshah.omer@gmail.com and tweets at @EeshahOmer. Haider Ali is a member of the reporting team in Lahore.