The GOP tries to trade polar bears for tax cuts 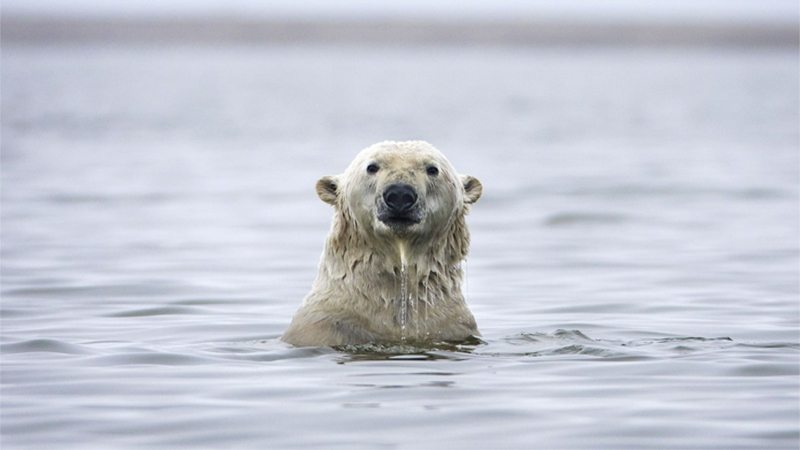 Desperation seems to be driving Republicans this grateful season as they seek to trade polar bears for tax cuts, while fervently praying that former Alabama Supreme Court chief justice Roy Moore didn’t do what he’s alleged to have done, which might give the US Senate another Democratic vote.

The race is on to pass tax reform before Dec. 12, when Alabama will select a new senator to fill the seat vacated by Attorney General Jeff Sessions. Moore, best known as the “Ten Commandments judge,” has been accused of having pursued teenage girls several decades ago when he was in his 30s. He is set to face off against Democrat Doug Jones, who prosecuted two of the Klansmen accused of setting off the bomb in a Birmingham church that killed four African American girls in 1963.

Paging Flannery O’Connor. Not that this evolving Southern gothic narrative needs a fiction writer’s labors. Even O’Connor, who once explained Southerners’ tendency to write about “freaks” because “we are still able to recognize one,” would be hard-pressed to embellish the already weird. We might also ping William Faulkner while we’re at it, who noted that the past isn’t past. In Alabama, where I once worked as a reporter, the past just keeps on truckin’.

In the wake of these accusations by four women, including one who was 14 at the time of Moore’s alleged advances, several Republican senators have offered cautious remarks, saying that “if true,” then Moore should step aside. If true, Moore should probably have reread those commandments more closely rather than forcing his courtroom audiences to study them as he presided over others’ moral failings.

While it is neither right nor fair to condemn another without due process, the statute of limitations is well past on these allegations, which were published by Post reporters who spent a month interviewing dozens of people in addition to the accusers. In the case of one teen, Moore allegedly offered alcohol to his underage date and modeled his “tight white” underwear. The swirl of allegations arrived at a moment when it seemed likely that Moore was to become Alabama’s senator. The state hasn’t elected a Democrat to the office in more than 20 years.

As momentum builds for Moore’s possible retreat and optimism grows among Alabama Democrats, Republicans desperate to pass something before year’s end have been trying to pull elephants out of hats. Or something. In addition to proposing tax cuts for the rich, they’ve turned from draining the swamp to thawing the Arctic to scrounge up more money. Sen. Lisa Murkowski (R-Alaska) has introduced a bill that would open the Arctic National Wildlife Refuge to oil and gas drilling.

Murkowski, usually the more rational member of Alaska’s Senate duo, seems to have fallen under the spell of the greedy brotherhood. If we were desperate for oil, her bill might make more sense, but we’re in the midst of a glut. Some environmentalists, meanwhile, have questioned the Congressional Budget Office’s projection that Arctic drilling would produce $1.1 billion over a decade. For this to be true, they say, oil would need to earn $70 per barrel. Yet, in West Texas today, a barrel of crude oil is selling for about $57. Obviously, this is only a $13 difference. And the refuge contains 19 million acres, of which Murkowski proposes exploiting only 800,000.

For now. But what about later? And what refuge might be next? More than 100 years ago, when the first national wildlife refuge was established by President Theodore Roosevelt, we seemed to have a better sense of our role as wardens of our nation’s natural resources and the ecosystems that support wildlife. The idea that we no longer need to protect or manage animals humanely – or that they still have more than enough acreage to sustain them – ignores the reasons we created these protections in the first place and the reality that the planet does not, in fact, require our presence.

The fact that this is a partisan issue simply ignores reason.

That a few Republicans would sacrifice even a square inch of the Arctic unnecessarily for the profit of a political victory is, frankly, as stomach-turning as the image of a tighty-whitey-wearing Roy Moore pawing a 14-year-old. Surely, there’s a better way to make a buck – and a better soul to warm Sessions’s seat.