People think that stories are shaped by people.  In fact, it’s the other way around... — Terry Pratchett

While I wrote these lines, Islamabad continued to beheld hostage for the last few days by a gang of Mullahs.  Meanwhile our nuclear-power State meekly looked the other way unable to protect its people and ensure a fundamental right… free movement. A couple of weeks back, another group from the same religious organisation was given free hand to seize the capital for several days. Today the beautiful town of Islamabad presents the look of a war zone with all major roads blocked by containers.

This situation brought to mind a speech by Jinnah to the students of Islamia College Peshawar in 1946. He said “We do not demand Pakistan simply to have a piece of land but we want a laboratory where we could experiment on Islamic principles.” But only five years after the death of Jinnah, the Justice Munir report on anti-Ahmadia riots in Punjab stated “If there is one thing which has been conclusively demonstrated in this inquiry, it is that provided you can persuade the masses to believe that something they are asked to do is religiously right or enjoined by religion, you can set them to any course of action, regardless of all considerations of discipline, loyalty, decency, morality or civic sense.”

In a short span of 70 years, we made sure that the vision of the founding father stands materialised making Pakistan truly a laboratory for experimenting on Islamic principles. Today Pakistan is home to countless religious groups with different orientations in addition to more than 70 proscribed organisations. As the famous Pashto saying goes; “Among many butchers an animal dies unattended.”

Over the past few years our so-called experts on extremism, terrorism and almost everything else under the sun have been lecturing us through talk shows and newspaper articles that the absence of a narrative is the root of our predicament and constructing a new one will work as a cure-all.

The proponents of building new narratives are the ones whom I call the drawing room or TV studio experts on terrorism who have never met a terrorist, never been to the region that supposedly breeds terrorism and lack a basic understanding of the language, culture and geography of the people inhabiting that particular part of the country.

They look at the entire scenario from a particular racial prism while intentionally ignoring the fact that terrorism in Pakistan created a new economy which not only benefits a certain section of Pakistani State but also developed a sector of which the beneficiaries are these self-appointed experts. This sector of the terrorism/extremism-linked economy is about constructing counter narratives outsourced to Non-governmental organisations (NGO) and think tanks that grew exponentially in Pakistan after 9/11.

When one hears these experts on terrorism one can hardly control one’s laughter. One so-called expert who regularly appears on talk shows and writes articles once wrote that the solution to terrorism in Pakistan was that a referendum be held which will determine which side the people are on; terrorists or Pakistani State. One should tell him that terrorists do not seek peoples support in their mission to bomb our cities.

Why do groups or countries feel the need to construct a narrative in the first place and why did it dawn upon us in the last couple of years that Pakistan needs a new narrative if it wants to develop a counter terrorism strategy? Generally a narrative is built to educate people about the relationship between different elements of an event; such as what happened, where and when that particular event took place and most importantly who was the lead character. In the Pakistani context all the false narratives with regard to terrorism developed so far failed to fill the missing gap which is, who’s follies led us to this quagmire and why?

Instead of constructing a true narrative, Pakistan or one particular institution have made sure that narratives are built on the basis of a mythical version of the past as well as an imaginary picture of the future to cover up its failings and absolve itself of all blame heaping it all on others. Through such false narratives they have fed people dangerous lies to distract them from the truth. Pick for instance a textbook, a newspaper or listen to TV talk shows. Lies are shoved down people’s throats on a daily basis.

My all-time favourite narrative is that since the inception of Pakistan, the world has been conspiring against Pakistan to make it a failed State. This ignores the fact that a State which cannot cleanse its streets of plastic bags or confront a gang of Mullah thugs holding its capital hostage does not need enemies.

The time has long passed for cosmetic solutions like curriculum change or madrassah reforms or constructing new narratives. What we need is radical change-to make a new start and build a country which raison d’être is not Indian animosity or theocracy but the welfare and protection of its people. A country which derives its strength from its nationals, not from one institution.

As Martin Luther King Jr. aptly said “We may have all come on different ships, but we’re in the same boat now”. We may have committed blunders but the time has come to break through the false narratives constructed over the last 70 years and define our future through a National Discourse-a future that belongs to everyone irrespective of religion, race, creed, sex and social class and which seeks an inclusive society based on liberal progressive values.

The writer is a freelance journalist and can be reached at kzalmay@gmail.com 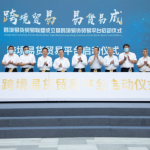