A tribute to Allama Iqbal on his birth anniversary

The Reconstruction is essential reading for all those interested in Islamic intellectual history, the renewal of Islam in the modern world, and political theory of Islam’s relationship to the West

Muhammad Iqbal (9th November ’1877 — 21st April ’1938) — commonly known as Allama Iqbal — was a multi-dimensional personality: poet-philosopher, lawyer, Muslim reformer, great political ideologist/activist, outstanding man of letters, and one of the most distinguished and dominant figures of the 20th century. He is more famous, and is eminently known, as a poet and as the ‘spiritual father of Pakistan’. For most of his life his profession was law, and his passion was writing prose and poetry. And that is why we see that much has been written on Iqbal’s poetry/philosophy as well as on his political thought. This write-up, as a tribute today on his birth-anniversary, throws some glimpses on the reception, responses, and reactions — both positive and negative — on (Allama) Muhammad Iqbal’s masterpiece in prose, The Reconstruction of Religious Thought in Islam.

Iqbal studied in British-ruled India, at Cambridge England, and at Munich Germany, and thus took a more critical approach to Western ideas and institutions. He spent his life exclusively under British colonial rule (as India became free from colonialism in 1947), during which Muslims in the Indian subcontinent were profoundly and predominantly influenced by the religious thought of Shah Waliullah Dehalwi and Sir Sayyid Ahmad Khan, and Iqbal inherited the legacy of both these intellectuals. Between 1915 and 1938, Iqbal wrote twelve volumes of poetry (in Persian and Urdu), which have been translated in various languages, as well as published collectively in two volumes of Kulliyat-i-Iqbal, Persian and Urdu.

Some of the main chapters of The Reconstruction are Knowledge and Religious Experience, the Conception of God and the Meaning of Prayer, the Human Ego, Predestination and Free Will, the Spirit of Muslim Culture, and the Principle of Movement in Islam (Ijtihad)

Iqbal’s philosophical and prose works are actually very few. Most notable among them are: (i) The Development of Metaphysics in Persia (Cambridge, 1908), originally a dissertation submitted to Munich University (in 1907); (ii) ‘Ilm al-Iqtisad (1903; Rpt. Karachi 1962) — a book on economics; (iii) Presidential Address to the Annual Meeting of All-India Muslim League, 1930 — wherein he argued that the predominantly Muslim regions of North-West India should be governed autonomously under an Islamic system — a very extensive review of the interaction among the British, the All-India National Congress, and the All-India Muslim League, from the perspective of a Muslim thinker who was anxious about the political and cultural future of Muslims in the Indian sub-Continent; and (iv) The Reconstruction of Religious Thought in Islam (Lahore, Institute of Islamic Culture: 1930; London, Oxford University Press, 1934) is a collection of seven (7) lectures delivered in December 1928 at Madras, Hyderabad, and Aligarh. Iqbal took three years to compose these lectures and considered them reflective of his mature philosophical and rational approach to Islam. The Reconstruction made him the most important poet-philosopher of his time, not only in India but in the whole world. Some of the main subjects of The Reconstruction are Knowledge and Religious Experience, the Conception of God and the Meaning of Prayer, the Human Ego, Predestination and Free Will, the Spirit of Muslim Culture, and the Principle of Movement in Islam (Ijtihad).

Muhammad Khalid Masud (in Al-Hikmat, 2007, pp. 11-12) is of the opinion that The Reconstruction, besides following “the path of Islamic theology of modernity initiated by Sayyid Ahmad Khan”, not only offers “a new Islamic theology of modernity in continuation to Sayyid Ahmad Khan’s call for jadid ‘ilm al-kalam [new theology]”but significantly “marks a major turning point in the growth of this theology” — because it is an attempt “to meet that demand which takes due regard to Islamic philosophical tradition and recent developments of human knowledge”. The sixth lecture of this work, which is on Ijtihad, illustrates “how the dynamism within the structure of Islamic thought was lost by the adoption of classical methods of reasoning that led to taqlid and stagnation”.

For David Lelyveld, The Reconstruction sets forth Iqbal’s “social and religious philosophy, which seeks to construct a concept of a dynamic, democratic society inspired by the Quran and the life of Prophet Muhammad” (pbuh). According to Javed Majeed, it “exemplifies Islamic modernism’s response to European modernity both in its style and its content”, and “purports to show how the Qur’an is entirely consonant with the major discoveries of European science, and it is wide ranging in its eclectic use of European thinkers”. And for John O. Voll, The Reconstruction, Iqbal “provided a critical synthesis of modern and Islamic thought”. 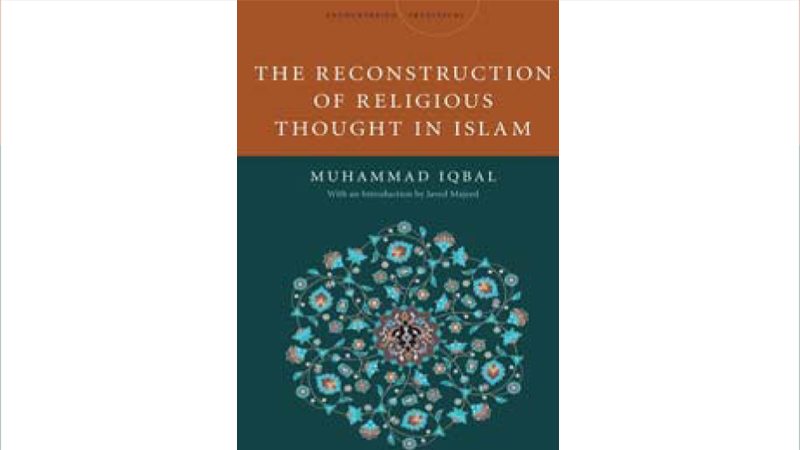 For Majid Fakhry, in The Reconstruction, Iqbal argued that “religion is not in opposition to philosophy but is rather the core of that total experience upon which philosophy must reflect, as borne out by the Quranic exhortation to reflect upon God’s creation and to pursue knowledge for its own sake”. For Iqbal, “the Quranic worldview is that of a dynamic reality in which the ideal and the real coalesce”. For Omid Safi (Voices of Islam, Vol. 5, p. xxii), The Reconstruction “simultaneously harkens back to Abu Hamid al-Ghazali’s masterpiece Ihya ‘Ulum al-Din, even as it took its discourse into the twentieth century”.

H A R Gibb, describes Iqbal’s lectures as “the first (and so far the only) thoroughgoing attempt to state the theology of Islam in modern immanentist terms”; and in view of W. C. Smith, “Theologically, although Iqbal was not a theologian, he wrought the most important and the most necessary revolution of modern times”. That is to say, he called for a reinterpretation of Islamic tradition as a way to create new social and political institutions. He believed that modernization of Islam held the key to Muslim advancement and in this way, his thinking helped to shape modernist Islam in the broader Muslim world”.

Throughout his life, Iqbal devoted himself “to inciting activity, to insisting eloquently”, as Smith puts it, “that life is a movement, that action is good, that the universe is composed of processes and not of static things”; and bitterly criticized and attacked “the attitudes of resignation and quiet contentment, the religious valuation of contemplation, passivity, and withdrawal from strife”. His prime function was to lash men into furious activity, and (as he puts it in Asrar-i-Khudi), to “imbue the idle looker-on with restless impatience”. “This call to impatient initiative”, Smith suggests, “is the chief revolution wrought by Iqbal in Islamic thought”. 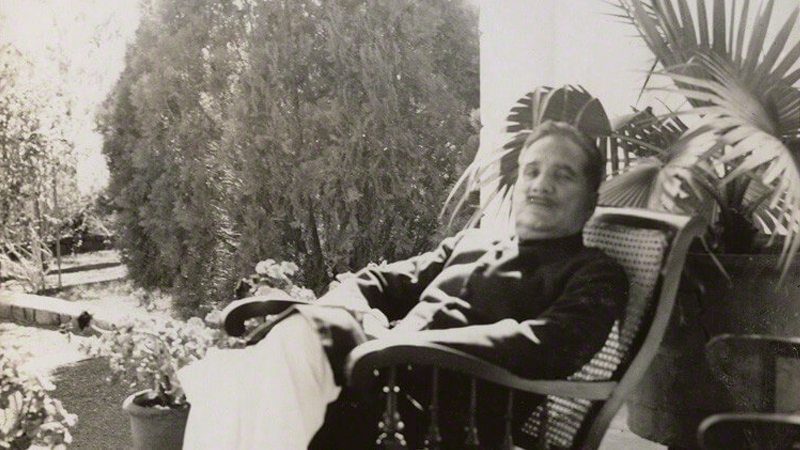 Seeing the relevance of The Reconstruction for present times as well, it has been re-published by Stanford University Press with a new Preface & Introduction by Dr Basit Bilal Koshul (LUMS, Pakistan) and Prof. Javed Majeed (Professor of English and Comparative Literature, King’s College, London).

Recognizing The Reconstruction as Allama Iqbal’s “best known work in prose”, Dr Koshul is of the opinion that it is the work where “Iqbal’s philosophy is outlined most clearly and systematically. This is the seminal text for both Islamic and modern Western philosophy”. He is of the viewpoint that “Iqbal is of special relevance in [present times, for all] whether we are citizens of the East or the West, Muslims or the non-Muslims believers or the non-believers”.

In its Introduction, Prof. Majeed highlights that The Reconstruction, which “emerged out of intellectual developments in both India and the wider Islamic world in 19th and 20th centuries”, was a “part of the vibrant intellectual landscape in South Asia during the colonial period”.

On the use of the word ‘Reconstruction’ by Allama Iqbal in his seminal work Prof Majeed is of the opinion that the words has “connotations of rebuilding and renewing” and thus “consists of balancing the tasks of reform and revision”. For him, The Reconstruction, in its form and style… dramatises what Iqbal calls the ‘principle of movement in the structure of Islam’, a principle which he attempts to recover on the basis of his reconstruction of Islamic thought”. Iqbal’s poetry, for Prof. Majeed, “might be described as philosophically reflective verse that aims to reconstitute Islam, while the Reconstruction is less a scholarly monograph or a systematic treatise, than a self-consciously visionary book that is stylistically distinctive, even idiosyncratic”. In sum, “Iqbal’s Reconstruction remains a key reference point and resource for those who reflect on the place of Islam in the modern world”.

The Reconstruction is ‘essential reading for all those interested in Islamic intellectual history, the renewal of Islam in the modern world, and political theory of Islam’s relationship to the West’. It is thus apt to conclude with this statement from The Reconstruction: “Equipped with penetrative thought and fresh experience the world of Islam should courageously proceed to the work of reconstruction before them. This work of reconstruction, however, has a far more serious aspect than mere adjustment to modern conditions of life”.