On deficit perspective and nature 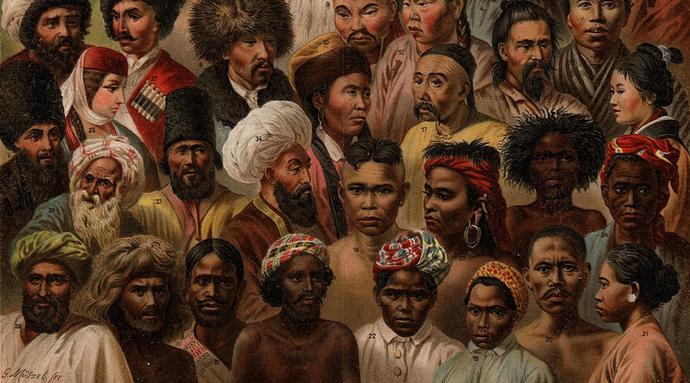 In terms of natural societal classifications,  different kinds of human beings on planet earth are seen completely differently. Men are seen as masculine in their approach to seeing things and sorting things out; whereas women are seen as using soft ways to see and sort issues out. Nature has programmed both human kinds to see things differently and still created a dependency to co-habit. In the same way, nature has divided people into people living in colder parts and warmer parts, harsher climates and ideal climates. Further natural classifications being; black and white, short and tall, and other genetic classifications. All see things differently due to their natural DNA and natural circumstances.

People belonging to different natural classifications see things differently; people in colder parts of the world do not, rather I must say, cannot ascertain the distaste of warmer weather that people living in warmer climates have got. Although, both are human beings built with the same flesh and through the same natural mechanism, just cannot see the things in the same manner and this is how Nature has programmed planet earth.

Moreover, nature has also created classifications based on the power one individual can exercise over the other. Weaker people tend to defend themselves and their interests and stronger people tend to get what they want due to their natural strong position. Nature has programmed humanity in a way that the stronger rule the weaker; both categories are created by nature itself. It is valid even in the animal kingdom.

What nature gifted to all human beings of any natural classification is; mind, willpower, need for food, need for shelter and desire to reproduce. It may not be unfair to say that nature created classifications to establish order in the natural world.

People accept that being black is just a kind of appearance and has nothing to do with aptitude, attitude and ability to succeed. And that people with any natural classification must just not consider it as having any different effect on their lives and just aim to achieve their full potential. But being part of an economic class, say, middle class, is debated as not being a reality and aptitude, attitude and ability to succeed are affected. In the context of evolution and organic growth spread over millions of years, any economic class is as natural classification as any classification created by nature itself. Any economic classification must be accepted as universal truth; not having any particular effect on realising one’s full potential, and people should aim to realise their full potential under the circumstances. In the same manner, as people living in Siberia cannot just complain about people living in fertile lands as being better off rather accept it and try to realise their full potential.

The solution is not to ignore the economic classifications but to accept them as a universal truth, a reality of human race and work out a phenomenon where all classifications have their own respective ways of living their lives. There should be a universal acceptance of the existence of such classifications and mutual understanding of the non-judgemental behaviour of one class towards the other.  The underprivileged must not judge the privileged class due to the ‘non-aligned’ perception of their sincere efforts towards respectful co-existence; for instance, if one wants to gift a house to someone who cannot afford it and would like a picture to be published in the news then that should be perfectly acceptable. The rich on the other hand must respect the way the other human beings live in different classifications.

Human beings in different classifications cannot control the perception of their actions by the other classifications due to the evolutionary learnt behaviours. The life experiences of different classes will never match with each other. Therefore, the way they look at the situations can never be aligned. As a result, the mutual respect is the only thing that can create a wonderful experience of coexistence. The perception of Sun for people living in the desert cannot be same to the people who live in Serbian cold. In the same way perception of actions taken by poor people cannot be aligned with the perception of rich people of the same actions. The only thing that can help to create peace and happiness is mutual respect for actions.

There is a great deal of perception deficit between different economic classes. For instance, ‘privileged class’ actions of helping the non-privileged class or working with the class is often seen as a way to show off their well being. And privileged class’s opinions are often taken as something out of touch with realities or ignorant. This is a big problem. It makes the people who want to help, in whatever way they feel comfortable, defensive. Such attitude is not conducive to mutual respect and mutual benefit. For instance, if people who can help decide to build schools for people in need then the argument should not be that people in need require food and they are being given schools or why rich people are propagating that on media. Rather the argument should be food is required too, while being thankful for contribution to educational needs. A persistent effort to create an environment of mutual respect can reduce and maybe one day eliminate this perception deficit.

The reason is different classes, due to their own and unique evolutionary processes will always see and address the issues in a different way. The solutions created by one class cannot be seen in the same way by the other classes. The only way to create harmony among classes and reducing a deficit of perception, about how different humane steps taken by different classes, is developing a universal attitude of mutual respect. Every human being falling in any natural and non-natural classification respects helps and cares for the other human beings in other classifications. But the deficit in perception creates tensions among classifications; Natural and non-natural.