Why we need to regulate the Internet

User-generated content prompts the belief that there is no truth but our own. This encourages plagiarism and intellectual property theft

The Internet is the modern day equivalent of Aladdin’s lamp. But without all the bother of giving it a quick polish whenever we want to ask it for something. Today, we are only ever one click away from getting hold of almost anything that takes our fancy.

This global system of interconnected computer networks emerged in the late 1960s. Yet we had to wait another twenty years for the commercialisation process to begin. And the rest, as they say, is history. The latter being a time whereby books and newspapers were still the go-to items when it came to increasing knowledge or brushing up on current affairs.

Today we find ourselves riding the wave of a seemingly never ending knowledge explosion. And it is becoming ever harder to keep up. Which begs the question as to whether this represents a blessing or a curse? Naturally the rapid democratisation of accessibility to information falls within the former. Though we must be equally mindful of its impact upon distinct cultural values, the economy as well as our collective moral growth.

Let’s take blogging, for example. Back in 2010, there were more than 500 million of these online posts, many of which offered up conflicting, confusing and, at times, corrupting opinion about everything from politics to sport. This philosophy whereby the ‘wisdom of the crowd’ prevails is apparent on editor-free sites, which function like a mirror reflecting back to us own interests. Thus traditional mainstream media for the masses has been replaced by a personalised pick n’ mix of sorts.

We have now entered the cut-and-paste era. It appears this is the price we have to pay for the democratisation of the internet. Thus the Encyclopaedia Britannica has been replaced by Wikipedia. In other words, the professional is being replaced by the amateur

The rise of user-generated content gives way to the belief that there is no truth but the one that we create for ourselves. This may or may not encourage plagiarism and all sorts of appropriation as well as intellectual property theft. But what it most definitely does is stifle creativity and objectivity. For when advertising and public relations promotional pieces insist on masquerading as news — lines between fact and spin become inevitably blurred. This also encourages the cult of the amateur. Many of whom post anonymously and usually without citing original sources. The result being that there is no guarantee that such content has been fact-checked by anyone at all, let alone by any relevant authority. And so the scourge of fake news is born.

We are now entering the cut-and-paste generation. Which appears the price we have to pay for the democratisation of the Internet. Thus we now have the Encyclopaedia Britannica being replaced by Wikipedia; in other words, the professional is being replaced by the amateur. Thus instead of presenting expert knowledge — we all too easily find ourselves confronted with a layman’s passing grasp of things. And as the old adage warns, a little knowledge is a dangerous thing.

In trying to cut the expert out of the picture, such free user-generated content threatens the very core of our professional institutions. The Pew Research Centre has reported that Wikipedia — with its unreliable content curated by millions of non-professional editors — ranks as the world’s seventh most visited website. By sharp contrast, Britannica.com, which boasts among its 4,000-strong body of experts hundreds of Nobel Prize winners, comes in at a number 5,128. 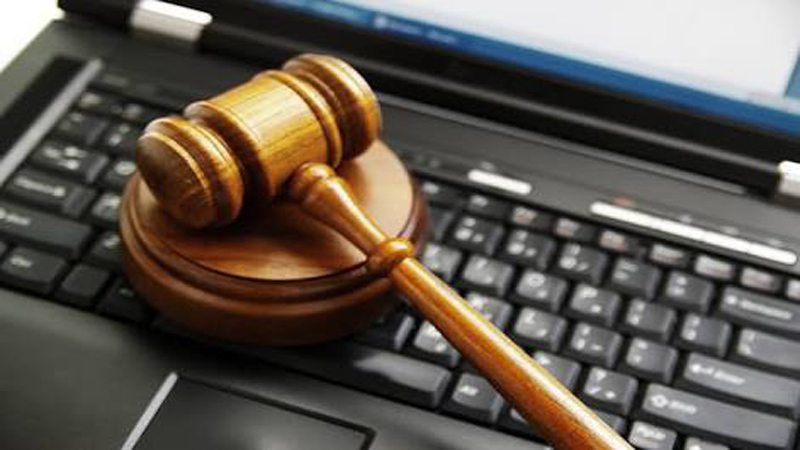 Thus true buffs of any given subject agree that amateur online ‘journalism’ serves to not only trivialise the need for serious debate, it actually perverts it. Giving rise to the degeneration of democracy at the hands of mob rule combined with an empowered rumour mill. This is irresponsibility at its most unguarded. For who is there to pinpoint the lies in the blogosphere that endeavour to rewrite history and spread falsehood as fact? Who is there to thus save reputations and careers from being irreversibly tarnished?

The fundamental flaw when it comes to user-driven content is the way in which it encourages false identity. Yet we take this as given. Meaning that rarely do we question why so many of us are only comfortable when hiding behind the anonymity of a computer screen. YouTube, for example, offers no real value unless expert opinion or commentary is thrown into the mix. Similarly, a dead Lebanese or Israeli baby in no way presents as a helpful guide to understanding the complexities of the Middle East as that region continues to burn.

The Internet offers no copyright protection for those whose work is produced in one country yet sold in another. This essentially paves the way for cross-border piracy, and it is happening more and more. The huge economic impact of this upon serious content providers cannot be overestimated. Take the film industry, for instance. Video uploading sites such as YouTube have long been undercutting the projected revenue of copyrighted content providers.

Due it its infinite capacity to literally store entertainment, the Internet resembles a virtual black hole of sorts. Meaning that everyone gets sucked in, never again to be free of it. According to a recent American survey — an overwhelming majority of web users now suffer from what has been classified as an addiction disorder. The result being that students and teenagers, in particular, spend endless hours on social media, watching films and playing games as opposed to studying and other meaningful activities that will benefit them in the long-term.

Here in Pakistan we suffer from the twin evils of poverty and ignorance. The result being that very few people enjoy computer access. In fact a Pew Research puts the amount at eight percent of people in this country own a computer; 20 percent in India; and 11 percent in Bangladesh. Thus in terms of computer literacy, Pakistan lags behind African states such as Uganda (15 percent of the population owns a computer), Tanzania (19 percent) and Ghana (21percent). Unsurprisingly the US tops the list (87 percent).

Yet when we weigh up the pros and the cons of the Internet — the former wins hands down; it is one of the leading driving forces shaping world culture. We just need to remain a little mindful about the link between its democratisation and the potential to degenerate into an intellectually corrupt culture. Thus we must rethink the presence of anonymous content on open-source networks that are neither edited nor screened. For all of us have a moral obligation to preserve professional standards authenticity, decency and creativity as best we can.