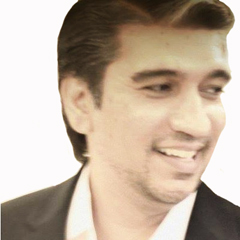 There is a thorn in the lion’s foot and he is in excruciating pain, he is furious. Pulling it out is not his first priority, he first wants to burn the bush it grew on.

The mice are scared, they fear for their lives. Anyone who suggests a way of extracting the thorn is not welcome. Only those with ideas to chastise the bush may come close enough to be heard. They want to hammer the thorn in. The lion doesn’t care, he wants revenge.

There may not be a rift in the Sharif family. There is, however, a clear divide within the PMLN. Voices of reason and sanity against those of passion, vengeance and ‘glory’. The lion must listen to the former.

From the statement of Azad Kashmir’s Prime Minister to the decision of filing a reference against Justice Khosa by the Speaker of the National Assembly, someone wants to hammer the thorn in. Bad advice is not new for Mr Sharif, it has always been part and parcel of his political career. Like most men in power, he has a weakness for the glittery words of abject sycophants. A good sycophant never makes a good adviser. They may end up hammering the thorn in, albeit with the best of intentions.

The reference, if one is actually being considered, will only validate the remarks it aims to defy. Justice Khosa had commented on the Speaker’s bias in dealing with the reference against then Prime Minister. Inability of the Speaker, along with heads of several other institutions, to act in accordance with their constitutional role was cited as a reason for the Supreme Court’s pro-active interference in the matter. The remarks were taken as a jab at the Speaker’s impartiality, and rightly so. But it was a remark, not an order entailing any legal or penal consequence.

The reference will be unprecedented; being the first ever against an honourable Justice filed by the custodian of a House of Parliament. The ousted Prime Minister and a vocal majority of his party have been at loggerheads with the five member bench ever since they ousted him. Now through this reference the Speaker intends to have Parliament lock horns with the Supreme Court; legislature vs judiciary.

Sharif may not be the Prime Minister anymore, but he controls the PM’s House. His party is still in govt in the  centre and two provinces. He seems prepared for retaliation but the fact of the matter is: he was not a victim of a coup

Mr Ayaz Sadiq, his advisers and the advisers of Mr Sharif know this move does not add to the prospects of a legal victory. Nor will it bring any more legitimacy to the vilification campaign against members of the bench. Why then is it being considered? Is it an attempt to lay the foundations for a constitutional amendment to tighten the noose around judiciary’s neck?

Repeal or modification of Articles 62 and 63 is already on the cards. Will Articles 209 and 184(3) suffer a similar fate? Such attempts are not likely to restore the pre 28th July state of affairs. It is far more probable that it leads to another October 1999 like situation. But then again, that may be the whole idea.

While sane advisers may want to devise strategies that reverse Sharif’s dismissal, others, it seems, wish to complete the job and have the system wound up or, at the very least, put it in considerable jeopardy.

Those close to Nawaz Sharif know him to be a calm, non-confrontational person. But he’s hurt and angry. He sees a hidden hand behind his dismissal, yet again. He feels wronged, betrayed, isolated and victimised. Naturally he is sceptical of all advice that even remotely appears to be cutting the ‘hidden hand’ some slack, or not abusing those who ‘wronged’ him. Only the obsequious seem sincere, only the ‘enemy’ bashing sounds legit. Their advice must thus appear to be the only advice worth listening to. But it’s not.

Nawaz Sharif never really got to retaliate in 1999. With him went his party, the Parliament, judges and the executive. Within hours all his power had vanished and before he came out of the shock, he was out of the country and its political landscape. This time he has considerable power even after his ouster. He may not be the Prime Minister, but he owns and controls him. His party is still in government, in the centre and two provinces. So he is quite equipped for retaliation. But the thing is; this isn’t a coup.

It is a thorn in the lion’s foot. You remove it and try to heal the wound. You don’t hammer it in and go try to burn the bush it grew on. Burning bushes may lead to burning forests. Some of the advisers may be fine with taking that risk, but Mr Sharif needs to listen to the ones who aren’t. The current path may only lead to more isolation and devastation for Nawaz Sharif, his party and his country.

A practicing lawyer with a Masters Degree from University of Warwick, an ex-Member Provincial Assembly of the Punjab (2008-2013).Tweets at @ZafarSahi