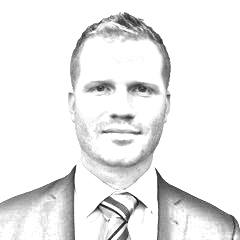 During his speech, President Trump said ‘someday, after an effective military effort, perhaps it will be possible to have a political settlement that includes elements of the Taliban in Afghanistan.’ But if a political settlement is predicated on the success of a military effort than the US might as well quit now because its relationship with the Afghan National Army (ANA) is dysfunctional and the cost of fighting an insurgency is too high.

It is true that there are many diligent Afghan soldiers. But there is a total trust deficit between the ANA and US military. During my 2012 deployment fears of Taliban infiltration were so high that ANA cell phones were often confiscated in the lead-up to an operation and coalition soldiers were warned not to be ‘too trusting’ of them. At my first base in Helmand province there was an overnight guard post with the sole mission of protecting Marines from the section of the base belonging to the ANA. At night, we slept peaceably knowing there were sand-filled HESCO barriers, barbed wire, and two Marines with an M249 machine gun between us and our trusted partners. Later I moved to Tarin Kowt and as talks of a drawdown ensued some expressed concerns that containers designed to resist mortars might benefit the Taliban when the ANA inevitably fled.

Indeed, worries about insider attacks proved valid and on August 30, 2012 an ANA soldier killed three Australians at a patrol base in Uruzgan province. This is a good example of the immense cost of an insurgency and comparative advantage the Taliban have in Afghanistan. It did not matter that the Australian soldiers were better trained or had the advantage of air-support and encrypted radios. All of that was for naught against a Taliban sympathizer who shot the defenceless Australians at close-range and then escaped. What followed was a massive manhunt in which I played the very small role of helping to cordon off a road. But there were dozens of missions despite there being only one fleeing Taliban fighter. This is the exponential power of an insurgency. Eventually the suspect was arrested inside Pakistan which is a fitting end to the story because this is where the US strategy really begins to unravel.

The US has excluded Iran from the dialogue entirely, chosen to ignore conflicts in Kashmir and Balochistan, viewed Pakistan more as a useful enemy than an equal partner with independent interests, and portrayed the Taliban as a foreign element altogether

You cannot choose your neighbours much less someone else’s. Yet for most of the war the US has excluded Iran from the dialogue entirely, chosen to ignore the conflicts in Kashmir and Balochistan, viewed Pakistan more as a useful enemy than an equal partner with independent interests, and portrayed the Taliban as a foreign element altogether. Trump’s answer to this conundrum was to give a backhanded acknowledgement of Pakistan’s contributions during his speech, scapegoat it for the region’s terrorism, and then prod at Islamabad’s deepest insecurities by prioritizing a strategic relationship with India. This is likely not what General Bajwa meant when he said he wanted recognition from the US. A heightened role for India in Afghanistan might be productive if the US were willing to also admit that the conflicts in Kashmir and Balochistan are real and need to be resolved. Meanwhile Iran was missing altogether from the speech even though it has a vested interest in keeping ISIS out of Afghanistan.

So, the US war in Afghanistan continues unchanged. Perhaps US troops will temporarily enjoy more resources and less restrictive rules of engagement. Maybe India will increase its already robust investment in the country. And it’s even possible that Pakistan will take a harder line against the Haqqani Network. This may initially produce some gains but ultimately the Taliban will adapt and absent any leadership from the US the regional tensions that prevent a political solution to Afghanistan will remain unresolved. In all likelihood ‘Afghanistan speeches’ will be a centrepiece of US presidencies for years to come.

The writer is a veteran of the U.S. Marine Corps and served in Afghanistan. He works as a policy analyst and focuses on South Asia and Iran. He tweets at @AdamNoahWho